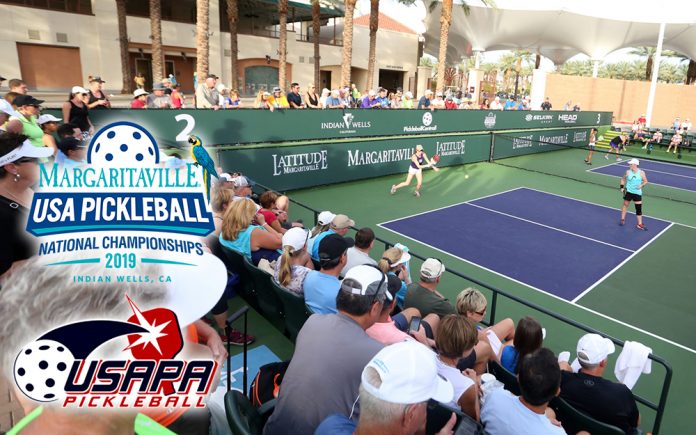 For the second year in a row, the Indian Wells Tennis Garden plays host to the USA Pickleball Championships. The tournament kicked off on November 2nd and runs through the 10th with the crowning of the 2019 champions. As one of the fastest growing sports in all of North America (the Canadians have a love for this game, too), we are fortunate to have the pinnacle event right here in the Coachella Valley and at such an incredible venue. The growth of the sport has fueled some controversy in communities across the land and throughout the valley as Pickleballers flood area tennis courts and put a strain on public and private courts. A recent GQ spread even showed actor Brad Pitt playing the sport! 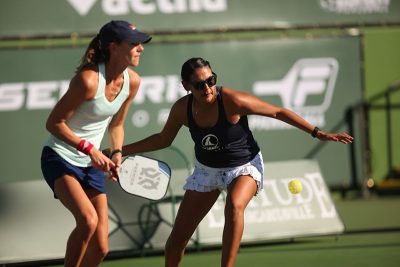 This weekend the top talent will be on full display competing for cash prize money and pride. Indian Wells Tennis Garden (IWTG) is the premiere facility in Tennis and home to the BNP Paribas Open – the largest combined men and women’s tennis tournament in the world. IWTG features the second largest tennis stadium in the world – an impressive 16,100-seat Stadium 1 – as well as a permanent 8,000-seat Stadium 2. The venue also boasts 28 world class courts and will soon be adding a championship pickleball court to the site. The investment IWTG has made in USA Pickleball Association is substantial to the future of the sport as major sponsors like, official footwear sponsor, Fila, sign on and live streaming of the event helps increase the fan base outside of the Tennis Gardens.

Competition events feature both Men’s and Women’s single game matches as well as doubles and mixed doubles. The tournament also allows for different play levels with a pro-amateur level at 3.0 rating to pro skill level ratings at 5.0. There is also an Open/ Senior’s Division but players must be at a pro level rating. All participants will have played in at least one USAPA sanctioned event in the past year to qualify for play in the Margaritaville Championship.  One unique aspect of qualifying for the event is that players must reside in the United States for at least three months to be considered “US.” For the Open and Senior’s Division, an $80,000 cash purse is on the line for the victors.

With tickets priced for general admission at just $5 this is a great event for the whole family! Of course, you can also feel like a VIP and purchase your “license to chill” for $50-60 and find your way to a tiki lounge to enjoy some complimentary beers and margs and champion court side seats which put you right in front of the action. Don’t forget it will be Five O’Clock Somewhere and you will have to find that special Cheeseburger in Paradise while you are enjoying this fun event ripe with Parrot Head vibes. More info at: https://usapickleballnationalchampionships.com