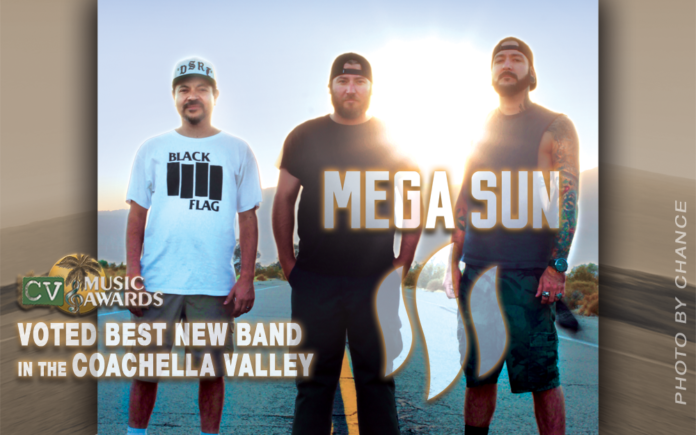 In less than a year’s time MEGA SUN has garnered much success and multiple honors. Despite their short and triumphant journey, they have maintained the humility of veteran rock stars like Dave Grohl and Sammy Hagar, who are revered for their down to earth mentalities. MEGA SUN is Jeremy Parsons (bass/vocals), Chris Rivera (guitars) and Tyler Ontiveros (drums). They are currently recording their debut EP at Dead End Studios with Brad Garrow (BRAIN VAT) and Mikey Doling (CHANNEL ZERO, SNOT), which is bound to be gigantic in sound considering their production team. “The experience at Dead End Studios was phenomenal. Mikey and Brad have been close friends for over 30 years and I love those guys. They really saw a vision for the EP and took us to the next level.” Rivera shared. Ontiveros shares further, “Recording at Dead End Studios with Brad and having the opportunity to work with Mikey has been an experience that has helped us grow tremendously as artists and they are a true pleasure to work with.” Coachella Valley Weekly yanked these dudes out of the studio to discuss their phenomenal rise. 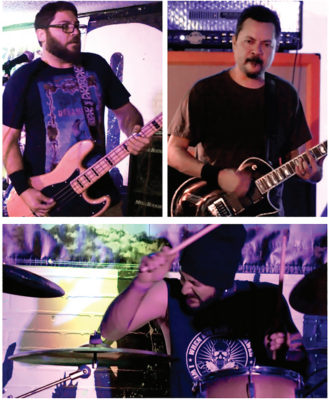 Parsons, Rivera and Ontiveros are as unassuming as they come. Parsons shares, “For the past year it’s been exciting. The support, encouragement and appreciation are what fuel the progression of the arts and entertainment here. There is definitely a sense of community, pride and history that is held sacred. That being said, the respect and admiration that we have for those that we grew up admiring, keeps us humble.”  Ontiveros adds, “I’ve learned that through past experiences with other bands and projects I’ve been involved with, I was always trying so hard to make something happen that forcing it never worked. With MEGA SUN, I approached it with the mindset that I was going to do it as a hobby and just enjoy getting to play a style of music that I love. I never expected it to hit the ground running the way that it has. As far as our humility goes, we are all big family men with big hearts and are equally passionate about our music so we appreciate any opportunity we get to play our music.”  Rivera notes, “I think getting together with the right group of guys is key. We actually have a great time together. The humility thing is something we all naturally have and I think we all realize we’re nothing without each other.” They have continued to advocate for each other and they are reaping the benefits.

MEGA SUN won ‘Best New Band’ at the 2018 Coachella Valley Music Awards. Parsons admits, “It really felt unexpected and bizarre to even be nominated for anything. It really seemed like the band and its reputation was taking off on its own, and we had no control of it, landing us the ‘Best New Band’ award. What it means is that the stuff that we are putting together is connecting with music fans.” They have been welcomed with open arms by so many peers and rock music fans. Rivera relates, “It means so much to be accepted by our peers especially in such a tight musical community. We’re all just doing what we really love.” Ontiveros recalls, “When the momentum originally picked up, we felt like we were left out of an inside joke and couldn’t believe that people responded to our music the way that they did. Still to this day, one door after another to great opportunities keeps opening and we are blown away by how often this has happened and are excited for what the future holds. We have one of the best, if not THE best local music scenes here in the valley where all artists support one another’s success, no matter how much their individual styles may differ.” 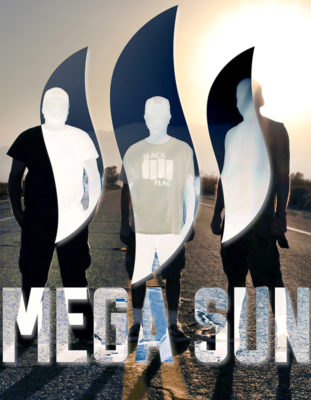 In addition to Best New Band, Ontiveros won the CVMA for Best Drummer. He was up against many long-time musicians and there was no question he earned it. Ontiveros concedes, “Even just being nominated in this category was a surprise, let alone actually receiving the honor and title as best drummer when I was up against such talented musicians who also deserved the award.”  It’s amazing to know that Ontiveros had previously come back from a broken leg. He recalls, “When I broke my leg, there were some big things happening for my band at the time and we were set to perform on Conan O’Brien. Then, when I broke my leg, obviously we couldn’t take advantage of that opportunity and the band slowly went from a long hiatus to just dissolving. I didn’t necessarily have to re-learn how to play my drums, it was just a really long road to recovery with having to go through three surgeries. I remember that I couldn’t wait for it to heal, so I started to learn how to play the bass drum with just my left foot.  Drumming was my physical therapy once the surgeries were complete and I was able to start using my ankle again, testing how it affected my playing.” A broken bone in your leg can be an especially long and tedious recovery. “There was a period of time when I couldn’t play any longer than about five minutes without being in excruciating pain. Everything I had learned prior to my injury was still locked away in the muscle memory and eventually came back even stronger. I didn’t realize at the time that my ability and passion could grow to an even greater level than it had been before. After my leg breaking in three places, having three surgeries and being out of the game for three years, I came back only to find that the music scene had evolved and grown even more and welcomed this new band into the community with open arms.” The desert music scene has routinely been open to new artists. It also has a rich history.

Rivera is a relative of the famous Evaro family. He recalls, “As far back as I can remember music was always a big part of my family. My uncle Bobby Evaro would always come over with his acoustic guitar and play songs he had written. My uncle Sonny Evaro played piano his whole life here in the desert and was a big influence on me. It is so cool to see the new generation of Evaros continuing the legacy. Bryanna Evaro, Mikey Reyes, Gene Evaro Jr., are just a few that are really setting the bar high. I wouldn’t say I feel any pressure, I’d say I feel more honored.”  The dignity that MEGA SUN carries spills over into their music.

MEGA SUN has a dynamic and aggressive sound. So much so that it is rumored that after their first jam session the National Guard showed up to their door. Parsons jokes, “So come to find out it wasn’t the National Guard it was a guerrilla force from the Napoleonic French Invasion of Spain. Elderly neighbors calling the police on a festival weekend and they thought it was going to be a full-on party with crowd control issues so there was a bunch of SWAT-type people to congratulate us on our first practice.” The MEGA SUN sound continues to develop despite the interference of the authorities. “Right now our sound is being influenced in a million different ways and it’s hard to really contain it. It does feel like there’s a lot of expectations so we’re really picking and choosing the best that we can offer for each performance. We’re constantly changing the order and the delivery of songs keeping it fresh and reading the feedback, and making adjustments accordingly. There is a carousel of songs and ideas that we’re just letting breathe. Not trying to force anything that we’re not 100% sure is representative of MEGA SUN.” One thing is certain, the EP will show how far MEGA SUN has come in a short time. “You can expect our EP to be released, at the latest, by the end of summer 2018. It is in the final stages of mixing and will then be sent to be mastered. As of now, we don’t have a release date set, but we will definitely throw an awesome party when that happens,” Ontiveros insists. 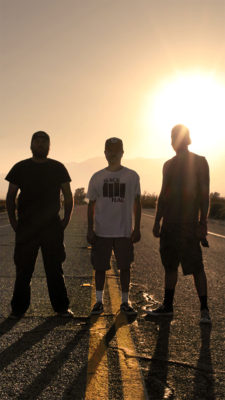 In addition to their humility, MEGA SUN members are mindful and thankful. What do they want to say to the Coachella Valley and all of their supporters; family, friends and fans? “To the Coachella Valley, thank you, thank you very much! We’d like to say it has been a whirlwind of good vibes and positive feedback since we started playing in January 2018. We just want to say thank you for the experience thus far. It’s nice to be part of such an awesome music scene. And to our families, friends and fans for their endless support since day one; thank you for contributing to our first recording and helping make that a possibility, attending our shows with great energy, making them such unforgettable experiences, and for voting for us, we are eternally grateful for being received so well. We truly appreciate all the love and support. The camaraderie here in the desert is amazing between musicians. We would also like to thank Tracy Dietlin and Phil Lacombe for their tremendous support. See you all at the next show!”

MEGA SUN will be performing for Phil Lacombe’s birthday on Saturday 7/7/18 with 5th Town, The Bermuda, Willdabeast and Provoked and Friday 7/20/18 with The Hellions and Town Troubles at The Hood Bar & Pizza in Palm Desert, California and at StickyFest on Saturday 11/10/18 in 29 Palms, CA. They are also set to play the Whisky A GoGo in Hollywood, CA that will coincide with the release of their EP. That date is yet to be determined.

It is believed that when the sun becomes a giant star it will engulf the Earth. MEGA SUN is clearing a new path for desert rock and are ready to overwhelm the planet with their searing sound. Here comes MEGA SUN!