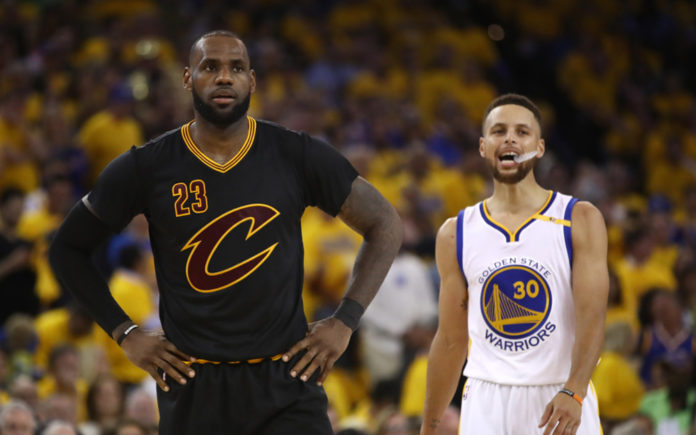 The National Basketball Association finals are underway for the eighth consecutive year with LeBron James’ team in the finals and his seemingly perennial nemesis, the Golden State Warriors.

Team ownership is now a billionaire’s game. Since the rise of the Warriors five years ago, the value of a NBA franchise has jumped three-fold to $1.65 billion.  Only seven months ago, restauranteur Tilman Fertitta bought the Houston Rockets for $2.2 billion.  Russian oligarch Mikhail Prokhorov is in the process of selling his 49% share of the Brooklyn Nets to Alibaba co-founder Joseph Tsai at a valuation of $2.3 billion.

Looking at the rest of the NBA franchises, the New York Knicks are the most valuable team with an astounding $3.6 billion valuation despite years of poor play while the New Orleans Pelicans are the least valuable team at $1 billion.  The Los Angeles Lakers are valued at $3.3 billion while the Golden State Warriors are worth $3.1 billion, the Boston Celtics $2.5 billion and the Los Angeles Clippers approximately $2.1 billion.

Excluding revenue sharing agreements, the New York Knicks had the highest revenues in the league last year at $426 million while the Milwaukee Bucks had the lowest revenues at $179 million.  On average, each NBA team had revenues of nearly $250 million.

It is easy to understand why these franchises are worth so much. Besides ticket sales, concessions and merchandise, all teams share in revenues from national broadcast rights and international expansion of the league. The league recently signed a nine year deal with ESPN and TNT worth approximately $24 billion for just the U.S. rights to their games.  This means that every team receives approximately $90 million a year.

Meanwhile the NBA is growing internationally via NBA Europe and NBA China.  Growth in China has far surpassed the best case estimates of league officials as nearly 300 million Chinese now play basketball while over 700 million watch the sport.  Despite starting with only three employees in Hong Kong ten years ago, NBA China is now valued at $4 billion or more than $125 million per NBA franchise.  As it relates to operations in China, NBA Commissioner Adam Silver says, “Our best days are definitely ahead of us…when additional Chinese players enter the league…we’re going to have another growth spurt.”

While the average NFL franchise value at $2.5 billion is significantly higher than most NBA franchises, sports experts believe that the NBA valuations will match and may surpass NFL valuations over the next decade.  Globally, fans seem to be embracing the faster-paced NBA over the rule-heavy NFL with constant play stoppages.

Growth has benefitted the players as well.  With salaries set at 51% of basketball-related revenues for each team, the average salary for the 600 players of the NBA last year was $5 million per player.  This is the highest average salary for any sports league in the world.  For comparison, the average major league baseball salary is $4.4 million while a NFL football player earns $2.1 million.

The highest paid NBA player at present is Steph Curry of the Golden State Warriors at $34.7 million followed by LeBron James of the Cleveland Cavaliers at $33.3 million.  Rounding out the top five are Paul Milsap of the Denver Nuggets at $31.3 million, Gordon Heyward of the Boston Celtics at $29.7 million and Blake Griffin of the Detroit Pistons at $29.5 million.

For comparison, Wilt Chamberlain who is arguably the greatest basketball player ever to play the game, earned $250,000 a year between 1968 and 1973.  In current dollars, that would be $1.7 million per year.