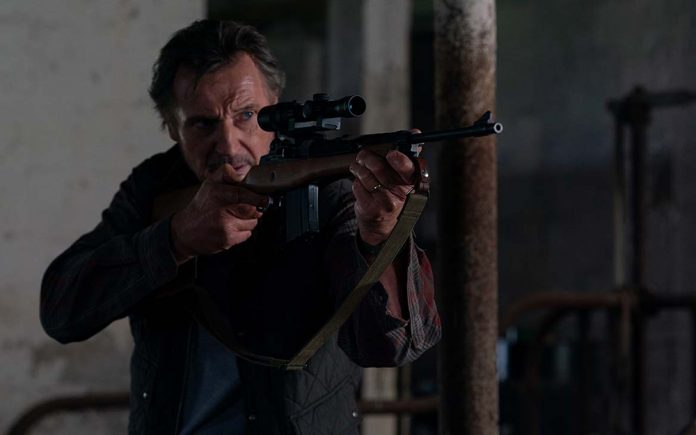 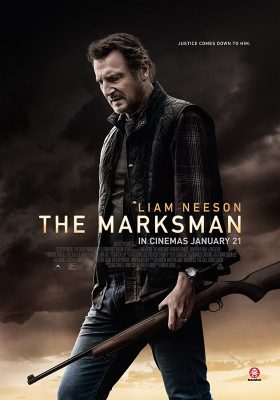 Oscar® nominee Liam Neeson is Jim Henson an ex marine and hardened Arizona rancher who simply wants to be left alone — isn’t that how it almost always starts? – as he tries to eek out a living and save is ranch on an isolated stretch of barren borderland.

Everything changes when he witnesses 11-year-old migrant Miguel (Jacob Perez) and his mom (Teresa Ruiz) fleeing from a band of assassins sent by a ruthless drug cartel.

After being caught in a shoot out, Miguel’s mom begs Jim to take her son to the safety of their family in Chicago.

Defying law enforcement, Jim and Miguel hit the road and slowly form an unlikely friendship while the cartel relentlessly blazes a bloody trail hot on their heels.

Neeson has almost trademarked this heroic character that is fundamentally good, even misunderstood and maybe lonely, but does the morally right thing even when his choice threatens his own life.  This engaging film is not perfect, but it delivers a mostly satisfying action tale in what was once Clint Eastwood’s territory.

The bonus material, on Blu-ray, DVD and Digital, is standard if limited.

In “The Making of The Marksman,”  filmmakers and cast discuss the richness of the story and characters as well as their experience working with iconic actor Liam Neeson.  Universal.  Blu-ray.