Theater starved movie lovers are transitioning to the pleasures of watching movies on their ever larger and more efficient ultra hi-def, smart televisions that almost recreate the theatrical experience without the risk of mingling with masked (?) and socially distant strangers in an indoor venue.

Along with the glut of streaming titles on numerous platforms, there are new and great looking transfers of recent as well as older titles that have found a niche with the home-bound audience.  Here are some newly released titles that may be of interest 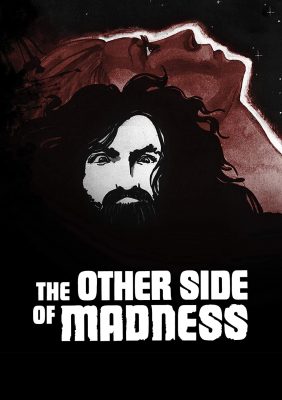 The controversial cult film that’s a time capsule of the Manson murders returns in a 4K transfer 50 years after its original release.

This film was the first cinematic depiction of the Manson murders, filmed so astonishingly close to the time of the events that the Manson trial was still in progress.  Portrayed as a modern “noir,” it proved so shocking to audiences at the time that the film was banned in Los Angeles.

Superbly photographed and directed by award-winning filmmaker Frank Howard and produced by Wade Williams, the film was partially shot I Kansas City with a cast of mostly unkmnown actors.  However, the film transports audiences closer to the real events than most recreations have dared to go.  Partially filmed at the infamous Spahn Ranch before the compound was destroyed by fire in the ‘70s.

Selections from the original soundtrack, written and performed by Charles Manson, are included on a limited release Bonus CD (only 2,000 copies).  Performances of “Mechanical Man” and “Garbage Dump” have been reproduced exactly as they were released from the original, 7-inch, vinyl soundtrack.

Coming on the heels od Quentin Tarantino’s box-office sensation Once Upon a Time in Hollywood (2019), the anniversary release of this certified cult classic is considered one of the most sensation accounts of the vicious “Helter Skelter” murders.  Blu-ray.  The Film Detective. 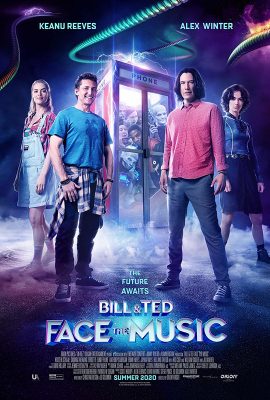 The stakes are higher than ever for the time-traveling exploits of William ‘Bill’ S. Preston Esq. (Alex Winter) and Theodore ‘Ted’ Logan (Keanu Reeves).

Yet to fulfill their rock and roll destiny, the now middle-aged best friends set out on a new adventure when a visitor from the future warns them that only their song can save life as we know it.  Along the way, they will be helped by their daughters, a new bunch of historical figures, as well as a few famous music legends – to seek the song that will set their world right and bring harmony to the universe.

The handful of watchable extras including the timely “Be Excellent to Each Other.”