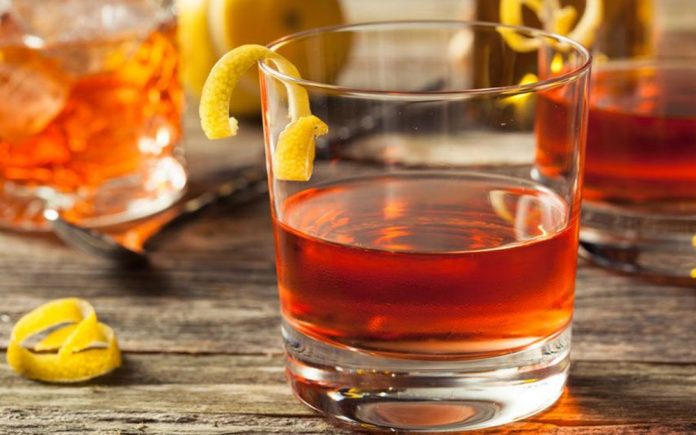 Okay—alright. For so long, I’ve played the old-school wine curmudgeon where I did not want to hear about mixing wine with other stuff; and I especially did not want to even think about using my beloved Cognac for mixed drink purposes.

I mean if there was anything sacrosanct in the booze category—we knew we could count on the fact that Cognac was going to be served neat!! Yeah—you could play around with different style glassware & snifters and what type of cigars one would be lighting up to join in on the fun—for those so inclined.

Just a couple of weeks ago, we did a “primer” article on Cognac—and believe it or not, I received some good responses to it. Indeed, many readers didn’t realize that Cognac is a very special brandy, and that brandy itself is a wine that’s gone through the distillation process. Cognac is special in that it is a blend generally of many aged quality brandies –“eaux de vie” from the unique Cognac region in France.

And because the quality of this “strong drink” (the term used in the Bible), from Cognac over the centuries, it became the standard of a great liquor. It’s been said the love and care the craftspeople in the Cognac region put into its development has been enormously impressive. And that’s how we beverage vets grew to respect and revere Cognac. A spirit that stands on the throne—proud & alone! Enough already?

Of course I’m having fun with you guys. Indeed, the Cognac cocktail reigns in libation lore. Some of you may have forgotten that Cognac brought to light the term “cocktail”.

Another credible version for the term is derived from Coquetel, the name of a mixed drink known in the vicinity of Bordeaux for centuries, and introduced to Americans by officers during the Revolutionary War. The concoction was a mixture of “tailings” from various left-over liqueurs thrown together in a common receptacle and sold at a lower price. Coquetel-tailings was shortened to—well, you guess it.

As a wine guy—the reason I prefer Cognac over whiskeys, is that it is a grape based liquor, not a grain based one. I like my grains in my breads & cereals; I like drinking fruit. (There I go again—help me!)

Market Watch assists my position and writes (quoting Mark Phelan, beverage director of Revival Cafe-Bar), “Cognac is lively, rounded, and a touch sweet, like Bourbon, but where vanilla and barrel tend to dominate Bourbon, Cognac has a fruity and floral palate that sets it apart and primes it for so many different cocktail applications.”

Playing with Cognac’s fruit origin, it mixes very well with various flavors—thus, very fun and tasty concoctions. Sacrosanct aside, if you’ve got the time and the money, each July take a fair portion of Cognac and slice as many ripe peaches possible, submerging them into the liquid. In the Fall, pour your peach-infused nectar with a touch of lemon juice & peach syrup into a good Brut rose sparkler. And voila!—a nice spin on the classic French 75.

Although I’m not having any of it, I hear that Cognac paired with vermouth and amaro bitters make for a rich, deep, earthy flavored drink. An extended version of that recipe blends Cognac with Cardamaro amaro, garam masala, and cold brewed coffee. They say it comes off very complex—you think?

“The biggest evolution in Cognac-based cocktails in recent years is in the style of the drinks,” says famed mixologist Karol Ansaldi. “In the past, Cognac was treated like the royal family of spirits with its history and strict guidelines. It was always used for stiff drinks, but now we’re moving toward more easy drinking.”

Ansaldi’s “Let it Bee” cocktail blends honeycomb-infused Remy Martin 1738 Cognac, pineapple and lemon juice, Monin caramel syrup and Peychaud bitters. I think Ansaldi is mixing it up for the Millennials who run with a “anything goes” mentality—which is a good thing! Ansaldi continues, “I like to use ingredients in my Cognac cocktails that will help smooth the acidity of the spirit—honey, pineapple, chocolate, maple, banana, and apricots are some of my favorites.”

One of my favorite Italian actresses is Monica Belllucci. And as many of you readers know—I make a fantastic annual limoncello [LEE-moan-CHELL-low] from my three lemon trees. (Hey, call me if you’d like some.) Well, I just found out that there is a Cognac cocktail named for Ms. Bellucci, and one of the ingredients in indeed limoncello!!

And speaking about New Orleans—and no doubt due to its French history, Cognac has always been mixed with the best of them. Perhaps my favorite cocktail name is “the Sidecar”—I just love the old school charm of that name, maybe I’ll rename my kid’s cat that.

Having roots in New Orleans, mixing a little French Cognac, a little Spanish Curaçao, and a little American ingenuity into a single, sugar rimmed glass, we have the Sidecar, a well-balanced delight, the father of many cocktails and the child of one classic one with an Italian twist—the Brandy Santini. Goin’ full international man! Cheers to You!