Film buffs and collectors everywhere are grateful for the handful of boutique home video distributors (besides Criterion) that have licensed, transferred — and in some cases restored — vintage films for the highest quality home theater experience.  To find titles that might be of interest, check websites for Kino Lorber, Warner bros archives, Olive Films, TCM Shop, Twilight Time Movies, Film Chest and others.  Here are a random sampling of a few titles I like and recommend: 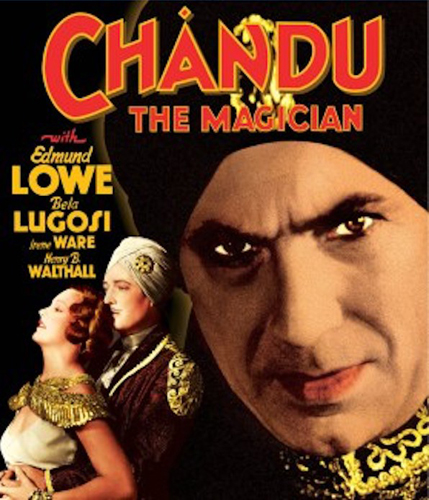 Horror legend Bela Lugosi stars in this diabolical tale of magic, myth and mystery. Lugosi plays an evil lunatic set on destroying mankind with a gigantic death-dealing device. Mankind’s only hope is Frank Chandler (Edmund Lowe, Dinner at Eight), a.k.a. “Chandu The Magician” who calls upon his mystical abilities to fight the megalomaniac fiend.  Adapted from the popular radio serial, this decidedly creepy classic conjures action and excitement at every turn. Co-starring Irene Ware (The Raven) and directed by William Cameron Menzies (The Maze, Thing to Come) and Marcel Varnel (Convict 99).

Cool extras include: audio Commentary by Bela Lugosi Biographer Gregory William Mank, “Masters of Magic.”  Also “The World of Chandu” featurette, and restoration comparison, For its time, this was a lavish, big budget feature with high production values.  Bela Lugosi. stars as the villain Roxor – no, he’s not Chandu). The movie’s packed with what was then state-of-the-art special effects.  The most glaring weakness is that Edmund Lowe as Chandu has nowhere near the charisma of Bela Lugosi as the bad guy.

Bringing a popular radio show to the big screen required special care.  The big challenge here was trying to match the mental images from the radio broadcasts with spectacular big screen visuals. 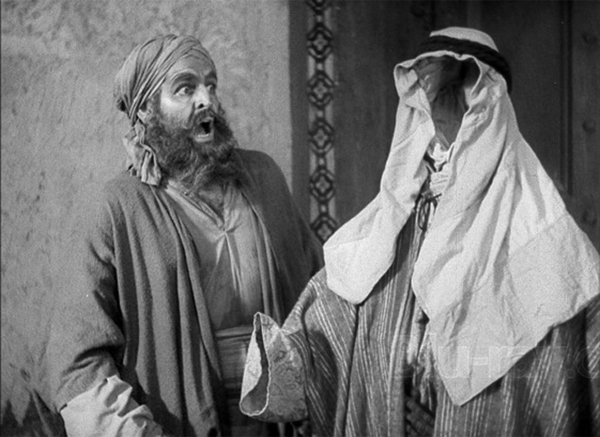 The solid plot has megalomaniac and would-be world dominator Roxor  kidnaping Robert Regent, along with his death ray invention, in hopes of using it to degenerate humanity into mindless brutes, leaving himself as Earth’s supreme intelligence. Faced with revealing the machine’s secrets or allowing his family to die a horrible death at the hands of Roxor, Regent’s only hope lies with the intervention of his brother-in-law, the be-turbaned yogi and magician Chandu, who has the power to make men see what is not there!

“Chandu: The Magician” isn’t short on weirdness and the special effects remain quite effective even today.

Although Edmund Lowe is Chandu, Bela steals the show as the villain of the piece.  I was surprised at how great this 85-year-old film looks on a big hi-def video screen. Another plus is the excellent, informative commentary.  There is also a featurette on the character Chandu, focusing on how he was created and his influence on future magician oriented films up to the present day. My old and much-missed friend Ray Bradbury said this film inspired him to write. And you can see the beginnings of Indiana Jones and other explorer/adventurer movies. Later Bela Lugosi made the 12 part serial, The Return of Chandu, where he gets to play the mystical yogi Chandu.  Kino Lorber.  Blu-ray. 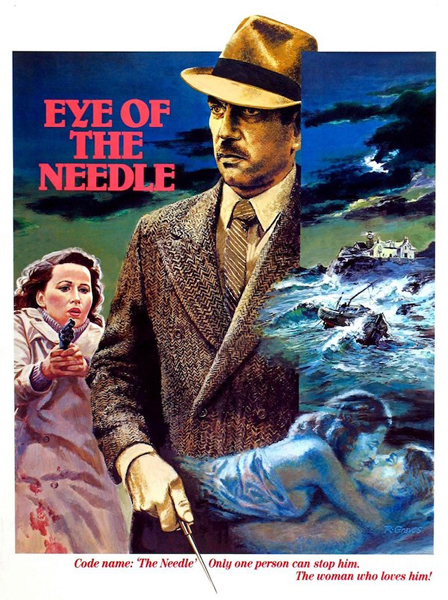 From Ken Follet’s best seller comes this moody and unrelentingly suspenseful thriller set during the waning days of WW II.  Donald Sutherland is a ruthless, fugitive Nazi agent and Kate Nelligan is the resilient woman standing in the way of his mission.  Sutherland’s spy, operating covertly in England, discovers vital information about the upcoming D-Day invasion.  Stranded on an isolated island off the coast of Scotland, he plots to return to Germany, but finds himself in an unexpected relationship with a woman living in a remote place with her bitter, crippled husband (Christopher Cazenove). Adding immensely to the unrelenting tension is Miklós Rózsa’s fabulous score (available on an isolated track).  Twilight Time Movies (limited edition).  Blu-ray. 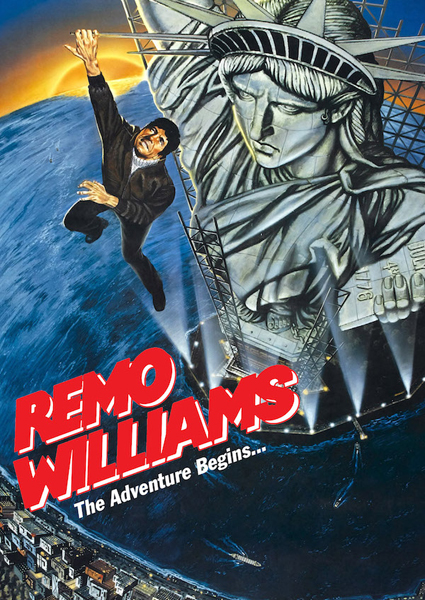 Fred Ward is Remo Williams, a cop turned secret agent in this hard-hitting action adventure.  Joel Gray is Remo’s martial arts master and mentor.  Together the duo fight global industrial fat cats hell bent on bringing America to its knees.  I love this intermittently hilarious movie because it’s full of welcome surprises and snappy dialogue.  Based on “The Destroyer” series of Novels.  Ward is perfect as the New York City cop shanghaied and given a new face and identity as an international secret agent.

A nearly unrecognizable Joel Gray as a meticulous martial arts expert steals the show in this above average thriller.  Charles Cioffi is an evil (is there any other kind?) arms manufacturer in this clever down-market spoof of the James Bond movies.  Director Guy Hamilton (a Bond veteran, Goldfinger, Diamonds Are Forever)) hits all the right notes in this visually satisfying and fun diversion.  The memorable score by Craig Safan is available as an isolated track.  The generous extras include a great commentary. Twilight Time Movies limited edition (only 3,000 units).  Blu-ray.