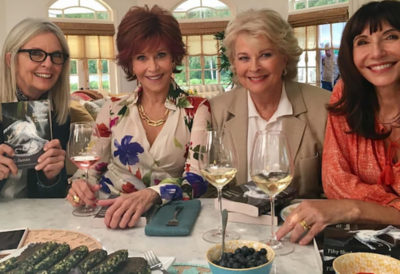 The lives of four life-long friends — aged 65 and above — are hilariously upended when their book club tackles E.L. James’ infamous “Fifty Shades of Grey.” Stimulated by the steamy novel and their frank, revealing revelations, the women inspire each other to embrace new romances or rekindle old ones so as to make the next chapter of their lives the best yet. The objects of their affections include Richard Dreyfuss, Don Johnson, Andy Garcia, and Craig T. Nelson. The film is rated PG-13. 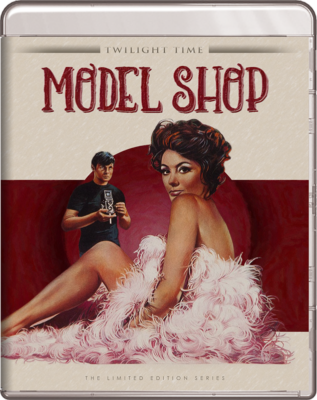 In the great French filmmaker Jacques Demy’s take on America – and specifically Los Angeles – of the era, he brings his celebrated character Lola (the exquisite Anouk Aimée) reprising her eponymous role from Demy’s iconic 1960 film, to the ragtag, sprawling City of Angels.

Demy introduces an American, George (Gary Lockwood, giving a sensitive performance): unemployed, broke and about to be drafted to fight in Vietnam,

George suddenly finding himself madly in love with Lola, a woman he has only briefly glimpsed as a model for hire by the hour. As George searches for his potential amour, Demy gives us a portrait of the city that captured his heart in the same, lightning-bolt way. The slow moving film’s best features are the meandering drives around a smog-bound LA – mainly Hollywood, and Santa Monica. Ahh, the memories.  Twilight Time Movies.  Blu-ray 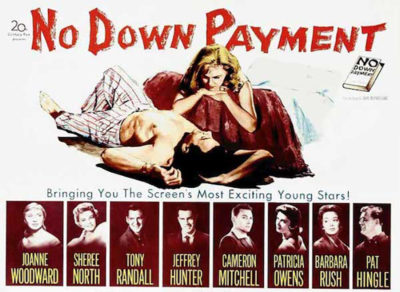 The denizens of the California subdivision struggle to make ends meet as they deal with racism, alcoholism and promiscuity. I was reminded a little of the movie CRASH in the way both films were structured and how shared events and friendships impacted each couple.

Appropriately enough, the incisive, sometimes scathing, screenplay, adapted from the novel of the same name by John McParland, was written by blacklisted Ben Maddow and fronted by the prolific and gifted (but uncredited) Philip Yordan. The New York Times said: “A sharp scalpel has been used in this tough, unrelenting film.”  Twilight Time Movies (edition limited to 3,000 units).  Blu-ray.