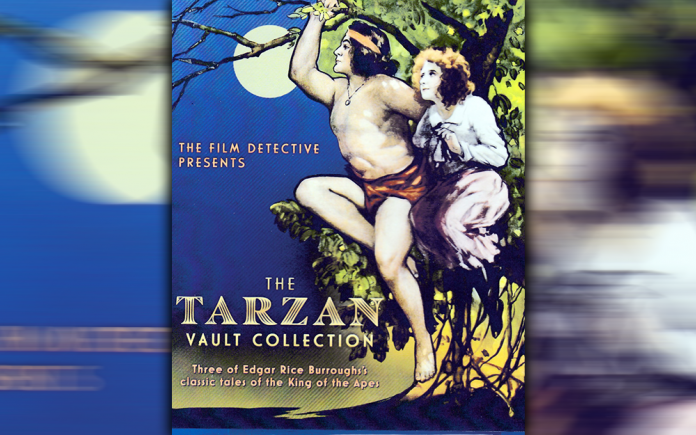 The ‘jungle film’ aesthetic was popular throughout the early days of the silent era and well into the 1930s.  Tarzan established the foundation for films and animations such as Disney’s 1929 “Jungle Rhythm” short billed as a “sound cartoon.”  And of course there’s King Kong in 1933 and “The Jungle Book” ten years later.

There have been many cinematic portrayals of Tarzan over the last century.  The Tarzan with the most staying power must be Gold-medal Olympian Johnny Weissmuller.  Among the best of the 30’s Tarzans is Weissmuller’s “Tarzan and his Mate” from 1934. 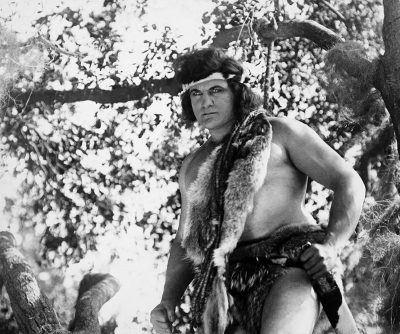 Tarzan was introduced to the movies in 1918 when a brawny Elmo Lincoln played the title role of Edgar Rice Burroughs’s Tarzan of the Apes.

Burroughs’s bestseller told the traditional tale of how the orphaned heir to the Greystoke fortune became Lord of the Jungle.

Lincoln was so impressive in playing the character, that he returned and starred in The Adventures of Tarzan (1921), this time to rescue the beloved Jane from the clutches of the evil queen La. 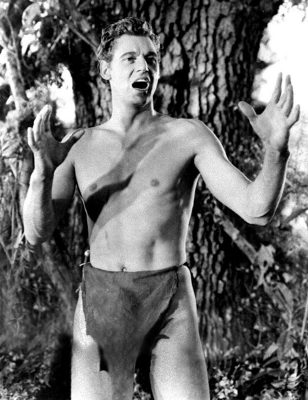 Lincoln’s final years were not great.  He got work in circuses, sometimes billed as “The Original Tarzan.” He also got bit parts in low-budget movies and even worked as an extra in a future Tarzan movie.  Yes, Hollywood can be cru

Big Elmo, as his friends called him, may not have been the greatest of the screen’s Tarzans, but he was the first and deserves to be remembered.

Through 1925, the public remained fascinated by the nobleman who was raised by apes, now played by Herman Brix (AKA Bruce Bennett in The New Adventures of Tarzan.

Brix a star shot-putter in the 1928 Olympics needed all his muscles to portray Tarzan in this passable tale of missing jewels and explosives powerful enough to destroy the planet. 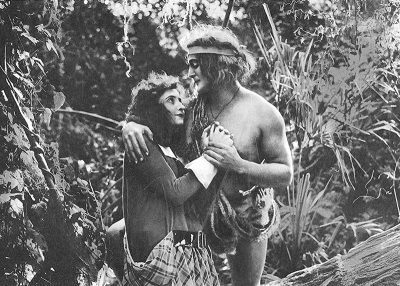 “Law of the Jungle:” the cinematic adventures of Herman Brix, featuring an interview with actor and athlete brix.

“Drawn to the Jungle:”  The early history of Tarzan in comics, featuring an all-new interview with author/filmmaker. Donald F. Glut.