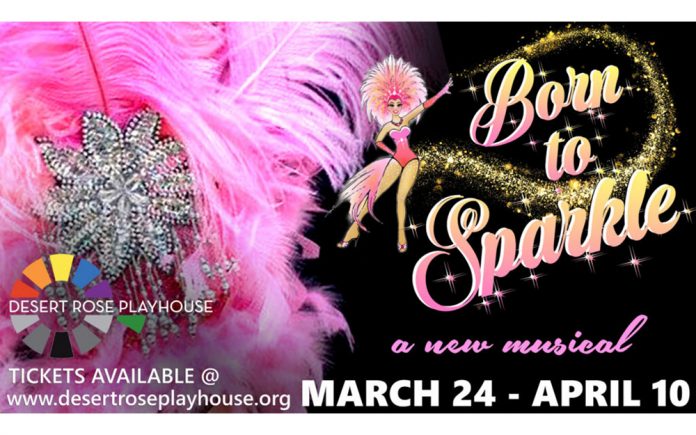 Born to Sparkle is a campy, comedic musical written and produced by Robbie Moss Manning and Alyce Haskell Berard who are both performers in their own right along with the help and skillset of composer, Jonathan Baer.  The plot basically consists of a couple of ladies, El Tanner (played by Yo Younger) and Jewel Robbins “J.R.” (played by Kitty Murray) who are besties/business partners that decide to make the big move from LA to Palm Springs with the aspirations of reviving the world famous, Fabulous Palm Springs Follies. This seemingly happens as they are unwittingly inspired by the ghost of J.R’s mother who was hilariously played in drag by director Robbie Wayne, who’s vocal chops are not to be outshined by his comedic prowess. 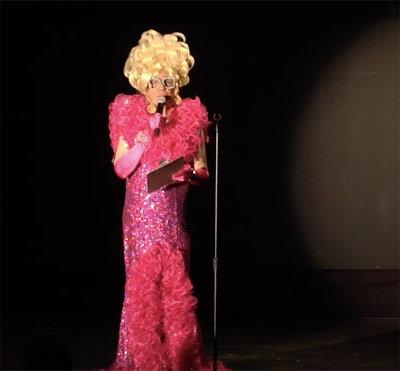 In addition to the upbeat and entertaining performances of the leading ladies, no revue of Born to Sparkle would be complete without mentioning Dan Westfall’s stellar performance as J.R’s evil stepdad, Vic Richards. At the age of 77, Richards was a cast member of the original Palm Springs Follies for 11 seasons and he never skipped a beat. His scene-stealing dialogue was uproarious and his solos were superb.

This was my first experience at Desert Rose Playhouse which has only recently taken over their current location in the formerly infamous location of Zelda’s Nightclub which is an extremely welcome change to the surrounding community and beyond. Utilizing the space and equipment that was left behind by the former tenants (including the bar), the folks at Desert Rose Productions found a diamond in the rough and have polished it into a fantastic little gem of a theater. One of the clear highlights of the production was not only how they are using the space, but the team behind the scenes that made the magic happen. 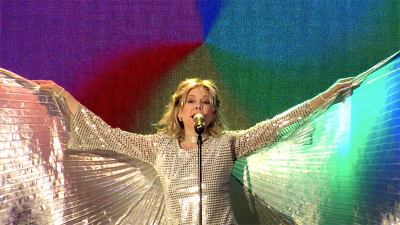 I was impressed how, through innovative usage of sound, lighting and changing scenes artfully projected on the backdrop, the crew behind the scenes was able to transport us from place to place with very little effort. I spoke with Nick Wass who is production’s technical director in addition to designing video and sound for Born to Sparkle.

CVW: “You’re a young guy who seems to have a lot of skills at your disposal. When did you start out in your career working in theater?” 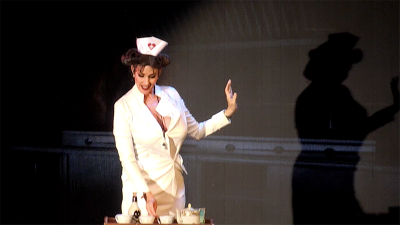 Wass: ‘‘I started out in middle school and high school. I was kind of inspired by my older brother who was into theater, so I got into it taking up acting roles and stage management which eventually led to me doing projection design. I’ve been doing it for 8 or 9 years now. I have my own business called Wass Projections now so I design these animations and effects all over the country and internationally. I work with schools, dance companies both professional and amateur and of course, theater companies.’’ 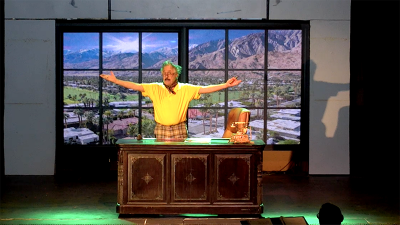 CVW: “Historically, when putting on a stage production the concept of a set has been important for setting the scene. That being said, “sets’’ as we have always known them in the past are expensive, time consuming and require a lot of physical labor to build and maintain. Do you see what you do with these projections and designs as a way for quality theatrical productions to be cheaper and more accessible to the masses?” 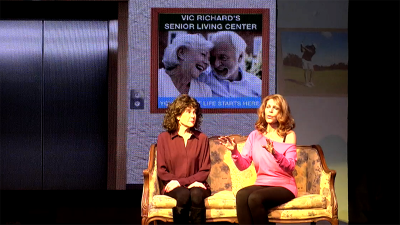 Wass: “Absolutely. Especially now. If you look at the price of lumber a year ago, a sheet of plywood was around $90 and now it’s even more. Then throw in gas expenses and everyone in the crew coming into work on it, it’s a lot. But at the same time, as nice as it is to have someone to design the projections and have that technology, it’s still really great to have scenery and actual set pieces that can be incorporated with the projections. Having the two combined which is what we did with Born to Sparkle. I think it’s something that we are definitely going to lean more into as we do more productions.” 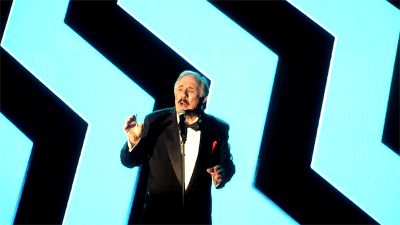 Born to Sparkle will be running Thurs-Sun from March 24th through April 10th.