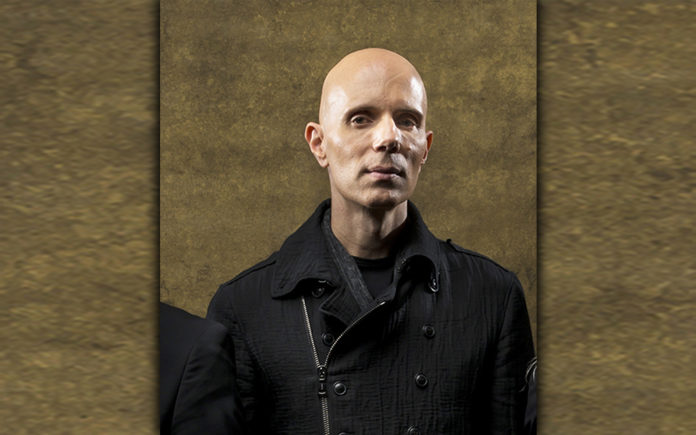 Something spectacular is about to happen this weekend as A Perfect Circle comes together to share a sound seasoned with reflection, maturity and focus at Coachella Valley Music and Arts Festival this Sunday. APC’s release, Eat the Elephant, is the fourth studio album by Billy Howerdel’s rock band, the first to be released in fourteen years. While the album includes some material that was generated nearly a decade ago, the album reflects a maturity in the music that seems to reflect the benefit of time as band founder, Billy Howerdel and frontman Maynard James Keenan, remained committed to other projects and were unable to find a clear direction for A Perfect Circle to pursue. A renewed sense of purpose along with the guidance from album producer Dave Sardy sent the band back into the studio for what would prove to be fruitful sessions in 2017. The album was completed recently and is now set for release on April 20, 2018, on the heels of A Perfect Circle taking the Coachella stage. Three singles, including “The Doomed,” “Disillusioned” and “TalkTalk” released in advance of the album, provide a generous sample of this beautiful creation. Last week, I was able to catch up with Billy Howerdel and discuss music, movies, and meditation.

CVW: After such a long hiatus, how did you prepare for your studio sessions?

BH: “We decided to do a ten-week tour that was very intentional for finding the energy of the band again. We needed to find out who we were now. I think that time really translated well on the album. Yesterday was our first rehearsal. It sounded good. I’m excited to see what we do together on stage. We did have a warm-up show in Tucson, but there wasn’t even a sound check. So, this will be the first major show for us.”

CVW: How does your experience as a sound tech factor into how you play?

BH: “It’s helpful. I know how to get something to sound the way I want it to be. But with this album, I hired a producer so I could stop thinking about all of the details and just sit on the couch and be a musician rather than taking myself through the weeds with technical aspects.”

CVW: What was the difference between recording this album versus other albums?

BH: “In 2014, I put my guitar down. I went away from it, didn’t practice just put it down for a good chunk of time to focus on the piano and playing keys. I just fumbled around with songs, wrote some songs. It was a different approach. If the guitar is really about the fingers, I wanted to experiment making music in another way.” 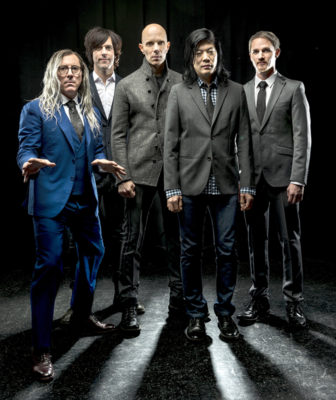 CVW: I just finished listening to Eat the Elephant. The album is absolutely beautiful. What were you going for?

BH: “Thank you. I haven’t listened to the entire album as a finished piece so I’m glad you have good words to say about it. We had ideas and we all had grown a lot over the time away. We went back and forth over what to do with this album. There was an intentional-ness to it and whether to pick up where we left off or not to make something not so intentional.”

CVW: It flows like a concept album to me. Polished and mature but still with a signature heft of APC. It’s a masterful album.

BH: “I don’t know on the concept aspect, but I wanted to create an atmosphere and the sequence is an important part of it if that’s what you are referring to. We recorded this all in a short period of time and that allowed for a continuity that let us take risks. You know, the muscle memory was there and it all came together.”

CVW: The lyrics are literature on this album. What is the process for creating the lyrics?

BH: “Maynard does the lyrics, it’s for him to comment on. I create the atmosphere and allow him to build off of that.”

CVW: I’ve read that you practice Transcendental Meditation. How does this help you as a musician?

BH: “Matt Skiba with Blink 182 introduced me to it. It’s a simple process that’s really effective. It really helps me reset. My brain can scatter and get a glitch. T.M is like a reboot and helps me function even in times of stress. It definitely helps me with clarity and allows my creativity to flow. I had an opportunity to learn from Nancy Cook, she was like 90, and taught The Beatles. She learned from the Maharishi!”

CVW: What projects have you been involved with recently that have helped you grow?

BH:” I scored my first feature film on an independent film called D-Love and the process of working with the director showed me how to be in service to a bigger picture. That emphasis on being the last storyteller with so many people involved making a film come together was insightful. I had to understand what the director wanted to achieve and let go of what I wanted or even letting go of control helped me to really be in service to the project. The approach influenced how to be in service to Maynard so he could deliver his best performance on the album. I would write music in service to his best performance. It was an incredible process to see what independent films are challenged with even after they are finished and the costs that go into supporting these films.”

CVW: Who will join you on stage at Coachella?

BH: “I’ll be playing guitars, bass, keys and some vocals. Of course, Maynard will be singing and James Iha will not be able to join us because he’s committed to the Smashing Pumpkins reunion tour. I’m excited to have Greg Edwards, from Audiolux fill in for him, though. Then Matt Mc Junkins will be on bass and keys, too, with Jeff Friedl on drums.”

CVW: What question do you wish a journalist would ask you but have never been asked?

CVW: And the answer is?

CVW: Tells me everything I need know! We should have started with that question.