There seems to be a huge influx of truly talented musicians coming up in our arts-conducive Coachella Valley.  This music should not only be supported by those of us who are blessed to be the recipients of such gifts, but it also needs to be captured in a way that can afford these artists the capacity to reach for their dreams.   It needs to be recorded with the same artful passion, talent and skill with which it was created.

Allow me to introduce you to Cameron Chaney, sole proprietor and sound engineer of Phantom Productions.  Cameron, who was awarded Coachella Valley Music Awards “Best Producer” in 2004, is back at it with his new studio in Palm Desert.  For a fairly young guy in the industry, Cameron is laden with experience.  He was the acting sound engineer and stage manager for “Music Under the Stars” at the Indio Polo Grounds, benefiting the Coachella Valley Rescue Mission.  He has recorded and produced the artist Chingon from the Fifth Sun; collaborated and recorded a single for Jesse Hughes from Eagles of Death Metal and recorded over 100 local artists in every genre from rap, rock, classical, to hip hop. He has been called a “technical sound genius” by Jesse Hughes.  Current recording artist and YouTube sensation, Tiny Jay says, “Cameron has a unique blend of sounds and is professional in every way.  To me, he himself is an artist. My name for him is ‘Mix it up Cam’ ~ he has several one of kind sound effects and makes music come to life.”

If the last name rings a bell, there’s a reason for that.  Cameron is the great-grandson of Lon Chaney, Senior, the American actor known as “The Man of 1000 Faces”.  He was an actor during the age of silent films, regarded as one of the most versatile and powerful actors of early cinema.  He was renowned for his characterizations of tortured, often grotesque and afflicted characters, and his groundbreaking artistry with makeup.  Chaney is known for his starring roles in such silent horror films as The Hunchback of Notre Dame and The Phantom of the Opera, thus part of the inspiration for the name and décor of his great-grandson Cameron’s studio. Cameron says Lon Chaney, Sr. influenced him in many ways.  “He taught me how to attain true independence by exploring creativity and artistry as well as the art of collaboration.  I think my ability to produce unique sounds that appeal to many different types of artists and people regardless of where they come from or what they have been through comes from him.”

Cameron has put together a team of experienced engineers that includes Emmanuel Sanico who currently runs the recording program at the Indio Teen Center, and Fernando Shahpouri, an engineer that has collaborated with notable artists such as Moprene, Shakur and Slim the Mobster.  Good friend Jimmy “Neutron” Newton assists with promotion and networking with the super positive, subatomic energy his nick-name reflects.  Cameron himself was an intern at the highly respected Los Angeles Recording School and California Sounds.  It is Cameron’s vision and heartfelt mission to help as many local artists as he can to fulfill their dreams in the music industry by providing them with an experienced and affordable recording studio. “My hope for this studio is that it will become a home to musicians and artists where they can communicate their own personal stories, struggles and truths and put it all down.” This affordable, artist-centered studio is equipped with a Roland Phantom G-6, Sapphire Pro 40, Pro Tools 10 and Logic.  They have spent thousands of hours recording back up sounds and beats to compliment any type of music from dark to light.  Cameron and teaching partner Ron Blankenship, a graduate of Los Angeles Recording School, with 6 years of experience, are also offering a Dub Step workshop: a production class with a full curriculum, teaching local producers to do what has become the latest trend in Los Angeles.

This is just an introduction to Cameron Chaney and Phantom Studios.  Coachella Valley Weekly, whose passion is to support the artists in our community, will continue to follow this very talented individual and keep you posted as to how Cameron Chaney’s dreams are making other dreams come true.  Phantom Productions is located at 74841 Velie Way, in Palm Desert.  You can reach them at (760) 404-8656. 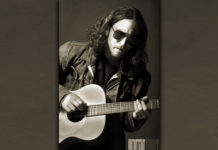 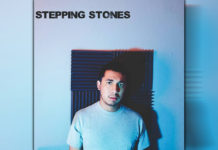 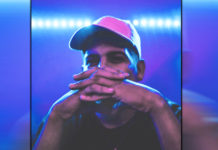