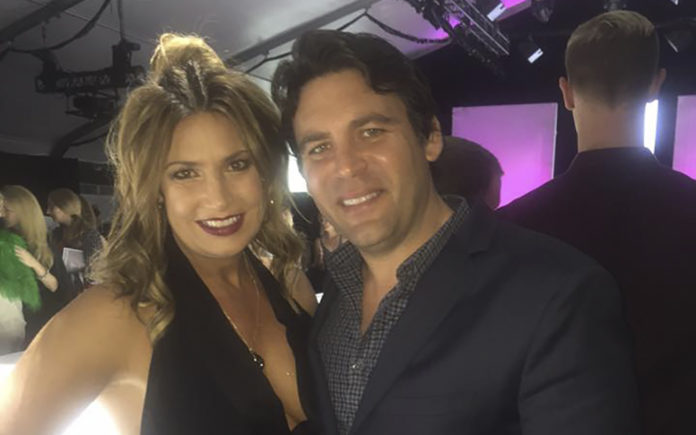 Jonas Udcoff and Jaci Fitzsimonds, owners of Cord Media, are the true definition of a Power Couple. Together since 2007 and married since 2010, the couple met at work, through a friend.

They both came from television backgrounds, but it was their dream to have their own marketing agency. They pursued that dream until it became a reality, and are now celebrating 10 years of success.

“What started out as just Jaci and I working out of our home has grown to over 40 full-time employees with gross revenues of nearly $14 million,” said Jonas, 43, originally from Deerfield, Chicago, IL. 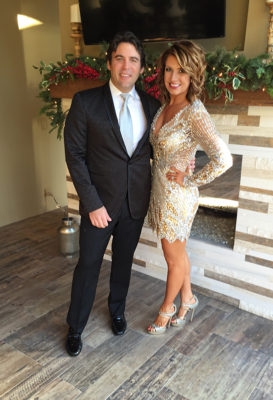 “Our work is visible everywhere you go– from freeway billboards and TV commercials to mall and airport signage. We’re also expanding our national profile by spearheading marketing efforts for new home developments in Seattle and Napa Valley, as well as for a host of casino clients throughout California and the Midwest. Locally, we recently launched dynamic new websites for Leeds & Son and BIGHORN. Original clients like Family Development and Spotlight 29 Casino remain cornerstones of our business, and their decade-long loyalty speaks to the quality of our work and the caliber of our staff,” stated Jaci, 41, originally from Walhalla, ND.

Cord Media has garnered a bevy of business accolades and awards over the years. “We’re very proud to have been named one of Inc. Magazines Top 5,000 companies, three years in a row. We’ve had a number of campaigns internationally recognized, including spots produced for Hard Rock Energy, Hard Rock Hotel Palm Springs and The Living Desert. Locally and regionally, Cord Media has earned dozens of Addy Awards, including Best In Show two years in a row,” shared Jonas. 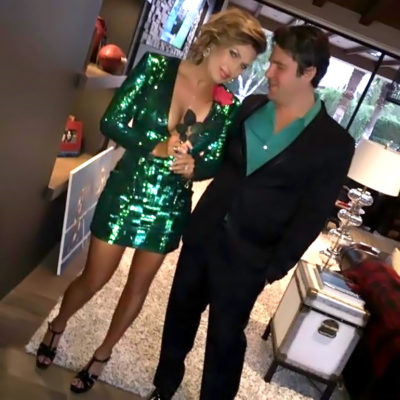 It’s not easy for a couple to work together and spend so much time with one another. I was curious as to how they deal with that. “We share an office so there’s a lot of collaboration, but we also bring very different skill sets to the table. Jonas is great with numbers and brokering deals. My role is to make sure everything Cord does is creative and of the highest quality, and always executed to perfection,” shared Jaci.

The couple has an 8 year old daughter Jevin, and Jonas has a 13 year old son, Jett, from a previous marriage. They travel a lot for business so I asked them how they balance that with family life. “Love of family is what motivates us to work so hard, and travel is part of that. Being always on-the-go has become second nature to us, and those experiences are incredibly rewarding,” shared Jonas.

While the couple is always on the go with work they are also very involved with their children and the community. “We’re both very much into working out and pursuing a healthy lifestyle. I’m very involved with a number of local charities and at our kids’ school. Jonas is a proud member of the local chapter of the Young Presidents Organization (YPO),” said Jaci. 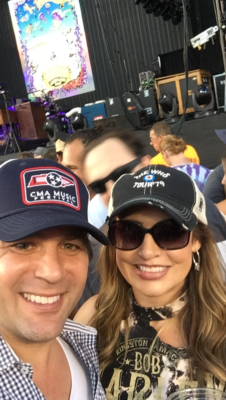 With their lives being so hectic with work I wondered what a typical date night might be for them and what they enjoyed doing together outside of work. “Honestly, we’re pretty low-key when it comes to going out. On any given Friday night you’ll find us kicking back at Armando’s with some margaritas and just enjoying each other’s company,” shared Jaci. “But we also love seeing live music! We never miss a Stagecoach or a Coachella Fest. Whether it’s flying to Nashville for the CMAs or going to Wrigley Field for the Grateful Dead, music is a huge part of our life.”

When it comes to vacation spots, Jonas stated, “The desert is our home base, but we love unwinding by the ocean at our condo in Malibu. Jaci’s family also has a lake house in North Dakota, which is where we go to escape the summer heat.”

If they didn’t own Cord Media, Jaci said that she would have wanted to be an interior designer, while Jonas said he would’ve stayed in broadcasting. 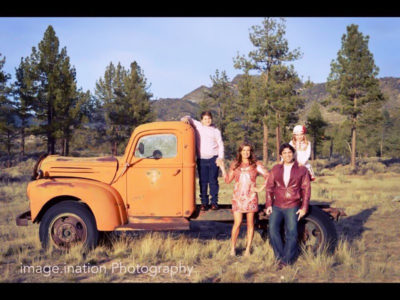 When I asked what they feel their partner’s best traits are, Jonas replied, “Jaci is very passionate about everything she does. She is very generous in terms of sharing her time and talent.”

Jaci’s response: “In business and in life Jonas is super persuasive – after all, he did convince me to marry him!”

Finally, when I asked them what they feel is the most important thing that keeps their relationship solid, they replied, “We can separate our work life from our home life.”

They certainly seem to be doing a great job with both!