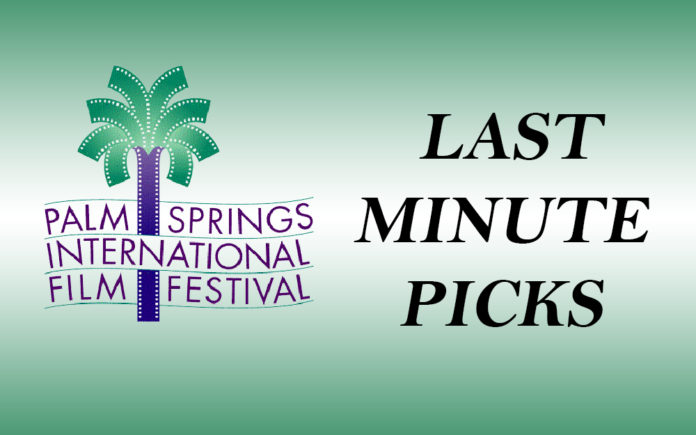 If you’re thinking it’s too late to find movies to enjoy at the Palm Springs International film festival, it’s not.  Here’s a six-pack sampler of worthy films that are scheduled to screen on or after January 11!  Confirm availability at the box office at the designated venue and don’t be shy about stand-by.  Who knows whom you might meet in line?  Seasoned fest goers are some of the friendliest and most interesting people with whom you already have something in common. 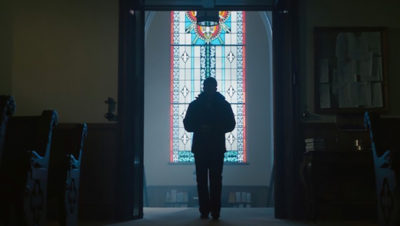 Micheal M. McGuire’s smart, introspective and compelling drama is about two brothers, unable to process their pain over a family tragedy, who reluctantly reunite when Danny, now a seminary student, returns to their frozen Wisconsin hometown and connects with Jake, his reclusive brother who lives in a ratty trailer at the edge of town and sells dope to locals.  The two men, who have not spoken to each other in years, must now find a way to deal with their grief and guilt  in order to move on with their lives.  Thursday, January 11, 8:30 pm, Regal.  Also: Saturday, January 13, 11am, Regal.

LOTS OF KIDS, A MONKEY AND A CASTLE 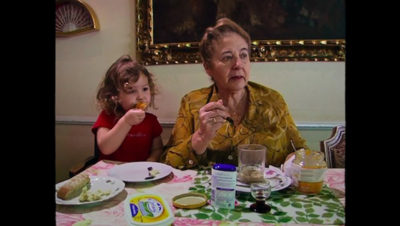 From first-time filmmaker and Spanish actor Gustav Salmerón, comes this absorbing and hysterical documentary about Julia, his seventy-something mother, who achieved the eccentric dream of the film’s title.  But now she’s leaving the castle and her flamboyantly dysfunctional family comes together for one last hurrah.  Don’t miss this this wonderful portrait of an unforgettable woman.  Spain. (2017)  Friday, January 12, 4pm, Mary Pickford. 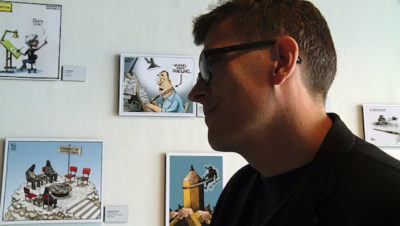 Pablo Bryant’s incisive documentary explores the tumultuous career of controversial political cartoonist Mr. Fish.  Meet the complex man behind the incendiary, deadly serious images as he wrestles with whether or not to compromise his subversive, defiant style in favor of mainstream acceptance.  Another terrific film about art and why it matters.  Thursday, January10, 1pm, Palm Canyon Theater.  Also: Saturday, January 13, 7:30, Camelot. 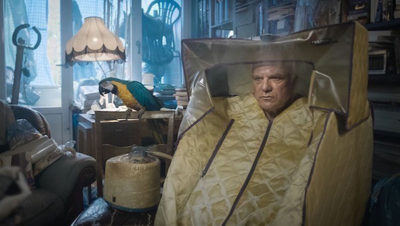 The title may be a tad off-putting, but director Lars Montag’s dark satire about – you guessed it, sex, pity and loneliness — interweaves stories of 13 contemporary German urbanites.  It will trigger laughs, gasps and maybe even a bit of unsettling self-reflection about how we actually live.  Sunday, January 14, 1:30, Regal. 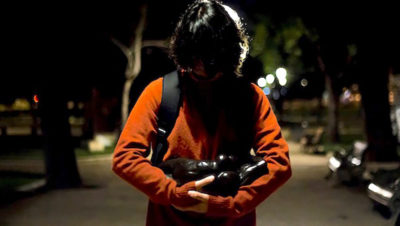 In 2005, when a famous sculpture briefly went missing from a Rodin retrospective at Santiago’s Fine Arts Museum, the “theft” turned out to be a provocative statement that sparked a lively debate on the nature of art itself. This fresh and surprisingly touching documentary from director Cristobal Valenzuela Berrios revisits the scene of the crime and the scandal that rocked Chilean society.  Art matters.  From Chile/France (2017).  Saturday, January 13, 11am, Regal. 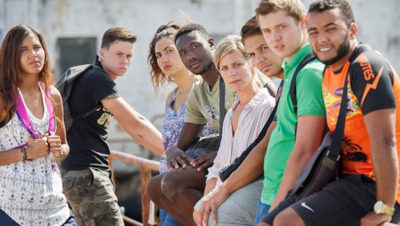 Laurent Contet’s incredibly gripping film recounts what happens when celebrated thriller novelist and first-time teacher Olivia Dejazet (Marina Fois) arrives in La Ciotat on the Mediterranean coast to conduct a mystery writing workshop.  Dejazet assumes it will be a place favorable to intellectual and creative freedom.  But she quickly loses control when Antoine, her most vocal student shares a shocking short story about a fictionalized mass shooting erupts in a hostile culture clash and she’s drawn into a dark orbit with her controversial protégé. Sunday, January 14, 10am, Annenberg.

On Sunday, January 14, be sure to check PSIFF.org for titles, time and place of Monday’s “Best of Fest” screenings.  This popular event showcases the top movies festival attendees voted as their favorites.  This may be the only chance you will ever get to see some these fine movies on a big (or small) screen.