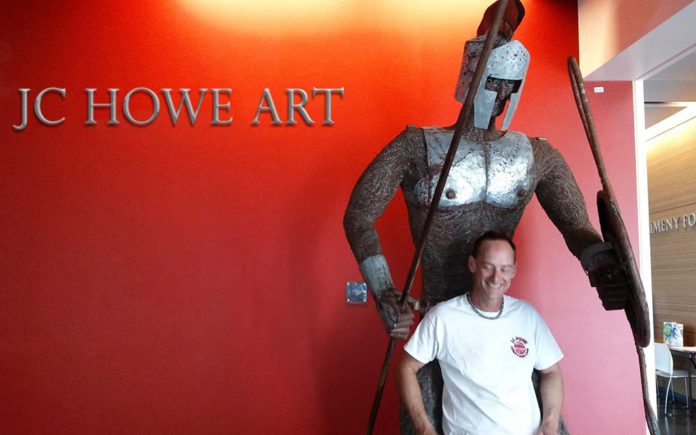 Jeff Howe takes to creating something from nothing as easily as a duck takes to water. It is art that is at the very heart of his being.  And what Jeff creates is wonderful.

Jeff was drawn to creating things at an early age. He joined the Army in 1995 as a helicopter mechanic for the 82nd Airborne Division. While in service he began to make furniture. His first art piece was an Artist Pallet Coffee Tablemade from rock maple and blood wood.  After leaving a distinguished military career in 2001 Jeff returned home and formed JC Howe Construction. Here he honed his craft in woodworking. 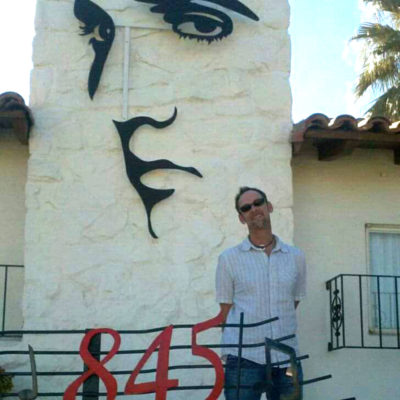 Jeff began using a variety of woods to create furniture that was both functional and beautiful. It drew him many admirers and allowed him to explore his own artistry.

In  2010 a visit to the former Palm Springs home of Elvis Presley led to one of Jeff’s earliest art commissions. The finished piece, a silhouette of Presley, stood 9 feet tall and 6 feet wide. The piece was affixed to Presley estate chimney and drew both local and international attention for Howe.

Now, firmly entrenched in Palm Springs lore, Jeff continues to make unique art pieces. His work springs from recycled materials.  “Does a discarded object lose its value?’ asked Jeff. “No.  They may have lost their original functionality but that does not mean they have lost their value.  I see a jobsite waste or a dumpster pile as an open invitation to create new and beautiful works of fine art.  I’ll collect pieces and save random cutoffs that would otherwise be lost to a landfill, or pile metal in a corner until there’s enough for a new project. The materials guide me to the finished product; my skill and imagination transform what was once old into new again.  In my surrealistic view of the world a discarded object can only increase in its value.”

His ubiquitous ten foot sculpture, Don the Defender of the Arts, is constructed with an old elevator parts and various metal scraps. Don is not just a pretty face. Rather Don has toured in defense of keeping the arts in schools viable. He made his first appearance at the Muezo Museum in Anaheim March of 2015.

Jeff’s art heart has philanthropic part. He often donates artworks to various charities.  He believes in paying it forward and continues to dedicate his life to keeping the arts alive, not only for us but for future generations. Even his own home keeps that spirit alive.  He created Reggi, the recycled dinosaur. Reggi has his share of admirers. Built from discarded metal,  Reggi is a Howe ambassador of the joy art brings. “I had the best experience,” said Jeff. “A woman makes a special trip down my street every day so her grandson can see Reggi. The boy is so cute, and it puts the biggest smile on my face.” 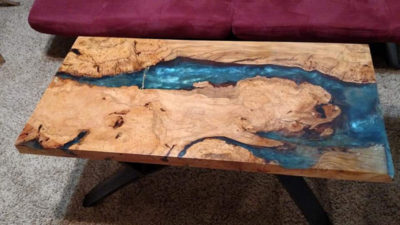 Jeff continues to create works from seemingly nothing. His latest works are called River Tables.Using resins and North Carolina cherry wood, these tables are meant to be functional art to be enjoyed for generations.

“The River Tables are a fun thing I’ve wanted to do for a while. I decided to do it as collaboration with my oldest son. I have a source for this beautiful lumber. Using the resin was a learning experience. Resin is finicky and troublesome, but I have learned how to play with the material.”

But Jeff’s creativity is far from over.  Noted Jeff, “I have a few other projects in mind with the resin and leftovers from the tree slabs.”  Long live the art of reclamation!