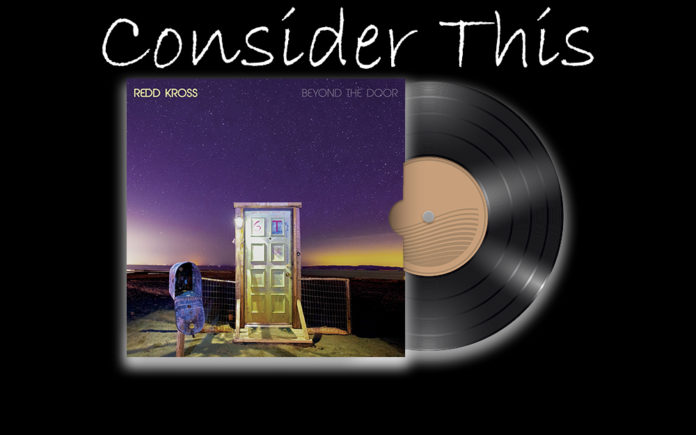 When Los Angeles embraced Punk Rock in the late ‘70s, it was partially a rejection of the mellow, laid-back, cocaine-infused music that dominated the charts. Bands like Eagles, Fleetwood Mac, Toto and the Doobie Brothers, along with solo artists like Jackson Browne and Kenny Loggins played music that was polished to the nth degree. Punk was the antithesis, jagged and primitive, sloppy and amateurish.

Inspired by Punk’s D.I.Y. ethos, band’s like X, The Germs, Fear and the Weirdos served as L.A.’s inaugural class. They also opened the door for Circle Jerks, Agent Orange, Black Flag and the Dickies. The most lasting effect of the scene was it was inclusive. That meant there was room for Roots Rockers like the Blasters, the Rock, Rhythm & Blues of Top Jimmy & The Rhythm Pigs, the Blues/Punk/Psychobilly of the Gun Club as well as Los Lobos, who served up a piquant combo-platter of Norteno, Country, Folk, Tex-Mex and Soul.

Surreptitiously slipping into this sprawling musical landscape was Redd Kross. Originally known as the Tourists, the band was formed by brothers Steven (vocals/bass) and Jeff McDonald (vocals/guitar). They were both attending junior high in the L.A. suburb of Hawthorne, best known as the home of the Beach Boys and Emitt Rhodes. The brothers were 11 and 14 when they played their first gig, opening for Black Flag.

Musically, Jeff and Steven were influenced equally by Iggy and the Stooges, David Bowie, Led Zeppelin, the Who and T. Rex along with cultural touchstones like Linda Blair, “The Exorcist,” Kiss, Charles Manson, Tater-tots, The Partridge Family, Saturday Morning cartoons, and the Carpenters.

Rodney Bingenheimer was an early champion of Redd Kross, playing their nascent songs on his taste-making KROQ radio show, Rodney On The Roq. Their debut EP arrived in 1980 and their endearingly ramshackle long-player, Born Innocent (named for the controversial TV movie starring Linda Blair), came out a year later. A second EP, Teen Babes From Monsanto, was released in 1984. A tip of the hat to seminal influences, the band covered obscure cuts by David Bowie, the Stones and Monkees’ primary songwriters Boyce & Hart.

That EP served as warm-up for their masterpiece, Neurotica, which came out three years later. The record hit that Glam/Punk/Power Pop sweet spot, and confirmed that Redd Kross was more than their kitsch inspirations. Unfortunately, label issues kept the band in limbo for three years until they signed with a major, Atlantic. It was there they achieved commercial lift-off with the 1990 album Third Eye. A sharp synthesis of their influences, paired with crisp musicianship and catchy songcraft. Irresistible songs like “Annie’s Gone” and “Bubblegum Factory” received airtime on MTV, the band had finally moved past their niche status.

Their next two efforts, 1993’s Phaseshifter and 1997’s Show World felt positively stripped-down by Redd Kross standards. Both albums achieved a modicum of success during the height of Grunge. But by the end of decade, as Boy Bands and ex-Mouseketeers took center stage, the brothers decided to take a break from Redd Kross and each other. At this point, Jeff had married Charlotte Caffey of the Go-Go’s and Steven was married to Anna Waronker from that dog.

During the early part of the 21st century, Jeff kept a low profile. Along with Steven, he played a band member in Allison’s Anders’ sixth feature film. “Behind The Sun” (of course, the brothers already had memorable turns in low budget indies like “Desperate Teenage Lovedolls,” it’s sequel, “Lovedolls Superstar” and the more conventional “Spirit Of ’76,” featuring early idol, David Cassidy). A more familial project was Ze Malibu Kids, a band that featured both McDonald brothers and their wives.

Steven McDonald took an opposite tack, jumping from production work with bands like Turbonegro, Imperial Teen and fun, to independently adding bass parts to White Stripes songs, recording a solo EP, as well as playing on albums by John Doe, Kristian Hoffman, Tenacious D. and Sparks. In 2010 he formed OFF! with Circle Jerks’ front-man Keith Morris, Dimitri Coates and Mario Rubalcava. Five years later he joined venerable Punk progenitors, The Melvins. Finally, in-between Off! and Melvins’ commitments, he and Jeff decided to reunite Redd Kross.

Their sixth album, Researching The Blues was released in 2012. Not only did it feature the classic Neurotica line-up of guitarist Robert Hecker and drummer Ray McDonald, (no relation), but it contained 10 killer tracks that retained the essence of their teenage appeal while addressing 21st century concerns. It received rave reviews, pleasing old fans and winning new ones.

Luckily, we didn’t have to wait another 15 years for a new Redd Kross album. The pride of Hawthorne has returned with Beyond The Door. The band’s latest incarnation includes guitarist Jason Shapiro and Melvins’ drummer Dale Crover. The record crackles to life with a supercharged take on Henry Mancini’s “The Party.” Originally part of the score from the Blake Edwards/Peter Sellers’ 1968 film of the same name, the garish Psychedelia is right in McDonald Brothers’ wheelhouse. Full of thrumming bass lines, pile-driving drums and skitter guitars. Slightly generic ‘60s lyrics that announce “the party is groovy and everyone here loses control” only ratchets up the kitsch factor.

Back when the McDonald boys got their start, their exuberance outstripped their acumen, but their natural abilities quickly caught up to their passion. Take a track like “Ice Cream (Strange And Pleasing),” which opens with flickering electric and plangent acoustic guitars, before a rumbling bass and a walloping backbeat kicks in. The vocals are shimmery and wide-eyed, and candy-coated lyrics like “Yellow, pink and violet scenes, bright garbage as far as you can see/Pastel girl arrives by truck, gets stuck in the alley of her dreams,” conjure up kaleidoscopic Mop-Top imagery. They fully wig-out on the instrumental break, adding AOR-flavored wah-wah guitars,  downcast bass and a percussive fusillade that recalls the kamikaze comic book panache of Kiss.

The title track, naturally named for the slightly cheesy Italian-American horror film starring “Nanny And The Professor’s” Juliet Mills, is powered by roiling bass lines, a rock steady rhythm and see-saw guitars. Cryptic lyrics limn the movie, which was an awkward pastiche of “Rosemary’s Baby” and “The Exorcist.” Slithering through the mix, Honky-Tonk piano runs seem wildly incongruous, yet,  it’s perfectly in keeping with this sideways celebration of Me Decade excess.

“Fighting” is surprisingly muscular, eschewing ‘70s shag carpet and ‘60s Flower Power for tensile bass lines, shards of jagged guitar and a brain-rattling, blitzkrieg beat. Slightly sentimental lyrics seem to address the need to sustain as Redd Kross and make music. As well as obliquely thank the fans for continuing to care. It also contains this perfect couplet; “K-Pop girls singing Beefheart songs, his gal bimbo wants to sing along.” Quelle surprise! the McDonald Brothers are into K-Pop.

The best tracks here strike the perfect balance between teenage obsession adept craftsmanship. “Fantastico Roberto” opens atypically with a quiet click-track rhythm before a bludgeoning beat blasts through, adding slashing power chords and search-and-destroy bass lines. The vocals are surprisingly sneer-y, even as the lyrics venerate California ladies, Godiva-haired men, Firebrand Jackie and an impressive effigy; “Eclipsing stars with withered hands, a statue of the invisible man, stands glorious, opaque and pale, gathering mold as gold for sale, Fantastico Roberto.” The arrangement’s Glam-tastic crunch recalls the Bubblegum charms of The Sweet. Stratospheric guitars are unleashed on the break, launching the song into interstellar overdrive. A Modal acoustic coda provides a surprising finish.

On “What’s A Boy To Do,” splintery guitars, angular bass  and tumbling drums give way to a stompy rave-up, that adds mellotron colors, rippling castanets and virile harmonies. The lyrics navigate the hairpin turns of wedded bliss, offering this wry observation; “Two people, each one sometimes on the other’s nerves/Around the corner just off the exit to learning curves and new detours.”

Meanwhile, on “There’s No One Like You,” shiny-squally guitars and rumbling bass lines are tethered to a tick-tock rhythm. The sweet/sour harmonies are the perfect accompaniment to lyrics that are by turns, sentimental, smart-ass and protective. Taking Harry Chapin’s drippy “Cat’s In The Cradle” guilt trip and flipping it on it’s ass, the opening couplet is sardonic; “You came home from across the street, you did Shabbat and it was really sweet, then stone-faced and right on cue, you said you didn’t like me cuz’ I’m not a Jew, there is no other quite like you..” The final verse is awash in paternal love; “Our epic journey has just begun, the story of a father and his magic son/It may be corny but you know it’s true, your mama even helped me write this song for you.”

That was one of the two songs here written by Steven. The second is “The Party Underground,” a Glam/Punk anthem that cautions against the corporeality of groupthink; “Herd mentality, grazing on a diet of dull normality” and (naturally) celebrates K-Pop. Other interesting tracks include the stinging stop-start of “Jane Hoople” and the frenetic flash of “Punk II.” The record is bookended by covers, opening with Henry Mancini’s “The Party” and closing with a version of Sparks’ “When Do I Get To Sing ‘My Way’.”

The original was released 25 years ago and featured a Black & White Film Noir video that promised “gratuitous sax and senseless violins,” and highlighted the faux-sibling rivalry of Ron and Russell Mael. A pulsating dance song, it leaned closer to the Pet Shop Boys than the quirky, tongue-in-cheek angularity that characterized their oeuvre. Redd Kross’ interpretation is more guitar-driven, spiky and sharp. But lyrics like “When do I get to sing ‘My Way,’ when do I feel like Sinatra felt,” resonate. Especially since mainstream success has eluded both Sparks and Redd Kross. It’s a poignant end to a great record.

40 years ago, no one would have predicted that a couple of brothers inspired by Glam, Power Pop and Punk and obsessed with Tater Tots, the Brady Bunch, and breakfast cereal would manage to stick around and still make great music. Beyond The Door finds the McDonald Brothers at the height Of their powers. Long Live Redd Kross.