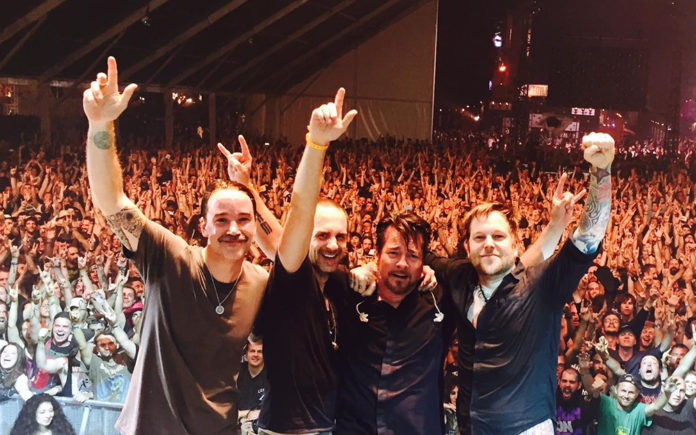 It was 1996. The generator parties were dying down and Kyuss had just broken up. This wasn’t going to stop John Garcia. Just a few short months later, he and guitarist Chris Hale, bassist Damon Garrison, and drummer Brady Houghton formed the mighty Slo Burn. Slo Burn took off quickly. They released an EP called Amusing The Amazing in April of 1997 and played Ozzfest the same year. Unfortunately, they broke up just as quickly as they took off. In September of 1997, towards the end of the tour, they called it quits. 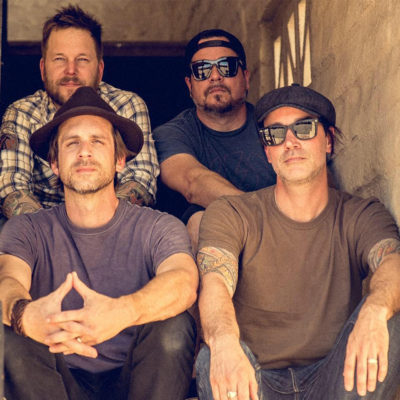 Fast forward 20 years. John Garcia hinted via an elephant photo on his Facebook page that Slo Burn may reunite. Not long after John hinted of a reunion, it was confirmed that Slo Burn would be reuniting for a few festivals in Europe and one festival in the US. This Friday, August 18, almost exactly 20 years after they last played in the US, Slo Burn will be playing Psycho Las Vegas.

We were lucky enough to talk to this iconic desert band about their rise, fall, and return.

Coachella Valley Weekly: Can you tell us a bit about the early days of Slo Burn? How did the band start? Why did it come to an end?

Brady Houghton: “We started the band just for the pure love of making loud noise. It’s been 20+ years, so if my memory serves me correctly, it was first only meant to be a jam session, but we quickly realized that there was solid chemistry. That can actually be a hard thing to find, so we seized the opportunity to keep pushing it. The band came to an end like most relationships do; lots of arguing about the smallest nonsense. It’s nice to get back to it 20 years later, when we’re probably all a little more level-headed.”

CVW: What was the desert scene like when you guys formed? It was sort of the end of the generator parties.

Damon Garrison: “A lot of the places that were locations for the parties became unnecessary country clubs and developments so people kept trying to find new places and eventually they dried up.”

Houghton: “Ya, the generator scene was in kind of a limbo. Many of the go-to locations were now part of the regular police patrol, so it was much harder to find a good spot that everyone knew how to get to. There were a few local venues popping up, which was a saving grace. The downside though, was that there were often age-restrictions on who could come out to the shows.”

CVW: What bands have you been a part of since the band initially called it quits?

Garrison: “A couple of the bands I’ve been in are Casino, Vega, Zoo, and currently Brave Black Sea with Chris.”

Chris Hale: “I was a DJ and wore a mask and called myself Deadmau5 and starred, produced, directed, choreographed and played trumpet in the Blue Man Group. Also in a band called Brave Black Sea with the bass player of Slo Burn, his name is Damon and he sings like an angel.”

[I heard he was also part of a magic duo until his partner was attacked by a tiger.]

Houghton: “I spent most of my time in the years in between in a band called The Ross Sea Party, and a project called Life Leone.”

CVW: Did you guys all stay in touch throughout the 20 year hiatus?

Houghton: “Sure, yeah, we’ve definitely been in touch and remained friends and mutual fans over the years.”

CVW: How did the reunion come about?

Houghton: “It’s been an idea that we’ve thrown around and entertained many times, but it took that perfect synchronicity to make it happen. A few show offers came up, which has happened at different times, but this time one by one, everyone chimed in with a yes.”

Garrison: “I kinda figured it was bound to happen eventually, when the timing was right.”

Houghton: “Not officially. That is, we don’t have anything booked. But…”

Garrison: “I’ll plead the 5th on grounds that I might incriminate myself.”

CVW: Any plans for new music? Maybe a re-release of Amusing The Amazing?

Garrison: “We’ve been playing a couple new songs on tour and yes, the plan is to finally get in the studio sometime in the next few months.”