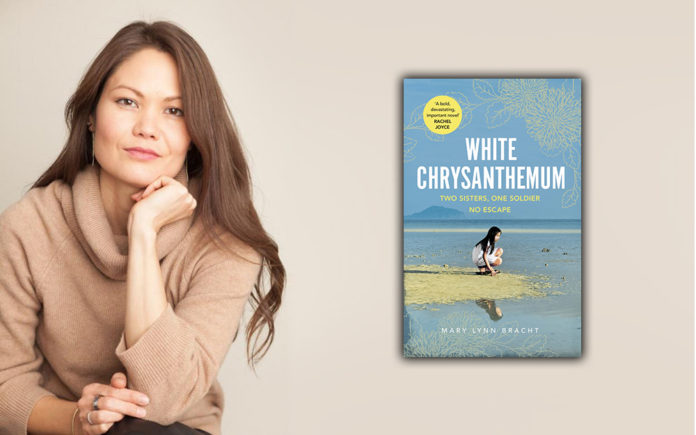 It is hard to say what might finally come from the meeting between US President Donald Trump, and North Korean Supreme Leader Kim Jong-un.  We can only hope for the best.

There is a history in Korea many Americans know little about, which is why the Korean War is often referred to as the “Forgotten War.”  The war began in 1950 and ended in 1953.  But the circumstances leading up to the Korean War shaped the country and its people.   In Mary Lynn Bracht’s White Chrysanthemum (G.P. Putnam’s Sons, 305 pages) that history continues to make an impact.

The story begins in Korea 1943 on Jeju Island.  Hana is 16 years old and part of the honorable and respected long line of matriarch free-divers called “haenyeo” who can hold their breath for up to two minutes in deep and cold water.

For generations, these women have maintained their personal freedom and independence because of their remarkable skills diving into the sea, harvesting food, generating income and living in harmony with their ocean world.

Taking place during the Japanese occupation of Korea, Hana protects her younger sister Emi, and is taken as a “comfort woman” to serve the Japanese military.  Enduring unspeakable sexual abuse, Hana dreams of being reunited with her sister and family.

Forward to 2011, Emi dreams of finding her sister Hana, who sacrificed herself to save her from a Japanese soldier who tried to kidnap her as a sex slave.

Now an old woman, Emi visits her children in Soul, Korea where they live free lives with opportunities and happiness Emi never had.

Since 1992, Emi has traveled to the mainland to participate in a protest in front of the Japanese embassy.  The Japanese refuse to acknowledge their crimes against women.  Koreans believe over 100,000 women were kidnapped and forced into the sex trade.

Emi goes not to protest, but in hopes of finding her sister still alive.  When the “Statue of Peace” representing the Comfort Women is unveiled the sisters once again connect.

Author Bracht does a terrific job immersing the reader in the different time periods and places.  Historical fiction is a wonderful way to understand the people, culture, and country.   I was fascinated by the account of the women of Jeju Island and Korea.

I especially appreciated the time Hana spent in Mongolia, where she experienced a brief respite of love and family.  Through each sister’s story, the reader gets an understanding of events along with the nuances of what it is to endure and grow up in a country dominated by outsiders, injustice and an uncertain future.

No one’s life went untouched by the horrors of occupation and war.  It’s enlightening to finally get a bigger picture view of the role Japan, Russia, China and the Untied States’ played before, during and after WWII, which lead to Korea’s ultimate division and current situation.

The intensity of this story is that the reader engages with the women’s lives and witnesses first-hand how the innocent are affected and changed by occupation, war and politics.  It is not told as a history lesson, yet the lessons of the story are important and profound.

The same horrors continue to exist today as other countries battle for power and influence.  Women and girls suffer in unspeakable ways under the hand of male dominance, ignorance and arrogance.

White Chrysanthemum is a beautiful story of courage and survival. The author includes a map, timeline and list of further readings on the subject.

Understanding Korea’s past will help us understand its future.