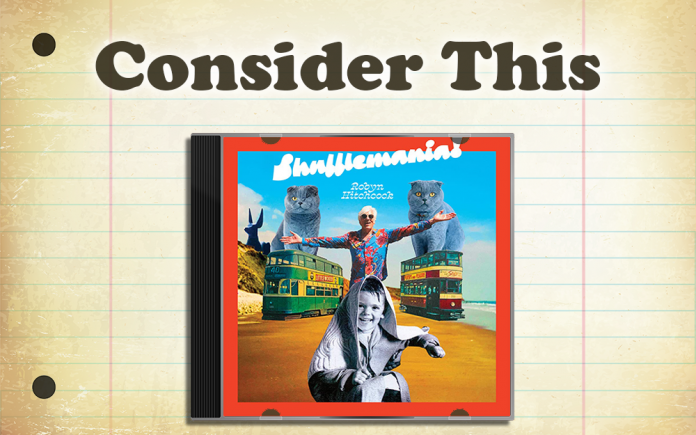 If you read this column regularly, maybe you remember me mentioning my friend Phil Liebert. We met when he was working at The Record Alley (the original Palm Springs location). I was in my late teens and had been obsessed with music since I was about four years old I thought I was the shit. And then Phil blew my mind. It’s no exaggeration to say he was a musical encyclopedia, his knowledge wildly exceeded my own, which was saying a lot. By my early 20s, I began a 19-year tenure at Wherehouse Music. One of the first things I did was recruit Phil to work there. That’s when our acquaintanceship became a friendship.

Phil wasn’t one of those Baby Boomer fuckwits that remained mired in the ‘60s and ‘70s. His exuberance extended to newer artists like Rosanne Cash, The Mekons and A Tribe Called Quest. Phil could effortlessly connect the dots between James Brown or Quincy Jones to Public Enemy, Eric B. & Rakim and Dr. Dre. Many of us were recipients of Phil’s mix tapes. Even though I have no way to play them, I still have compilations he made of Big Star, John Coltrane, Bob Dylan, Duke Ellington, The Nazz and Zakary Thax. Two I particularly treasure is a Psychedelic comp he whimsically entitled Acid Rain From Paisley Skies, and Robyn Hitchcock mix. So, it feels wholly apropos that on the week that marks six years since Phil exited stage left in 2016, I am writing about the beguiling new Robyn Hitchcock album, Shufflemania. Robyn Hitchcock was born in Paddington, London in 1953. He is the son of novelist Raymond Hitchcock (whose best-known work is Percy, about a man who becomes the world’s first penis transplant). He came of age in the swinging ‘60s. Attending boarding school during his teens, he immersed himself in the strange Psychedelic sounds of The Doors, Jefferson Airplane, Captain Beefheart and The Velvet Underground. But the artists that completely blew his mind were Bob Dylan, John Lennon and original Pink Floyd visionary, Syd Barrett. By the time he’d completed his higher education at Winchester College, he knew that music would be his career path. 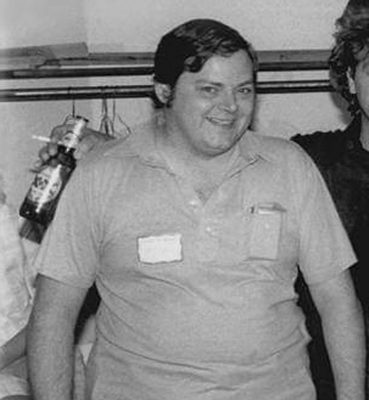 He began by busking in the streets of Cambridge and playing in cover bands. Although he’d written his first song at 16, he really didn’t come into his own as a songwriter until he was 23. At that point, he formed his first band, The Soft Boys, which went on to include Andy Metcalfe, Morris Windsor, Alan Davies, Kimberley Rew and Matthew Seligman.

Their sound was a sharp synthesis of Psychedelia and jangly Folk-Pop, equal parts idiosyncratic and accessible. Much like the Memphis Power Pop band Big Star, The Soft Boys never broke through commercially, but their influence was felt by several up-and-coming American acts like R.E.M., The Replacements and most of L.A.’s Paisley Underground scene. They recorded two seminal records, Underwater Moonlight and A Can Of Bees, before calling it quits in 1980. 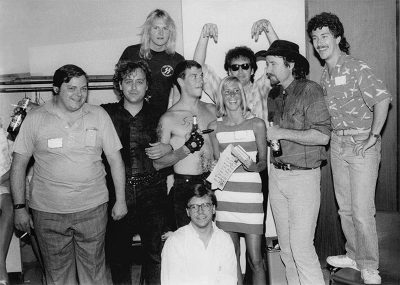 A year later, Robyn jump-started his solo career with the release of Black Snake Diamond Role. He remained prolific throughout the ‘80s, releasing albums like Groovy Decay, I Often Dream Of Trains. Fegmania!, Element Of Light, Globe Of Frogs, Queen Elvis and Eye at a furious clip. Several of the albums featured his backing band, The Egyptians (which included ex-Soft Boys Morris Windsor and Andy Metcalfe). Songs like “Uncorrected Personality Traits,” “My Wife And My Dead Wife” and “Egyptian Cream” served as pithy introductions to his surreal worldview. His passionate fanbase increased with each new record, critics and the cognoscenti caught on as well. In 1988, he even had a genuine hit single, “Balloon Man.” It never achieved Top 40 status, but it found a niche on MTV’s weekly alternative music program, 120 Minutes.

The ‘90s were a restless decade for Robyn. He continued making solo records, when The Egyptians disbanded then he briefly reunited with The Soft Boys and went on to record a clutch of well-received albums like Moss Elixir, Jewels For Sophia and a live effort, Storefront Hitchcock.

Since the dawn of the 21st century, His output has remained prodigious. 2004 saw the release of Spooked an album he made with respected Americana stalwarts (and longtime admirers), Gillian Welch and David Rawlings. Under the moniker The Venus 3, he made several records with R.E.M. guitarist Peter Buck, Scott McCaughey from The Young Fresh Fellows and Ministry’s Bill Rieflinof. During this era, a plethora of live records, outtakes albums, compilations and a comprehensive box-set began popping up, along with a career-defining documentary, Robyn Hitchcock: Sex, Food, Death… and Insects. Between 2011 and 2014, more solo albums appeared, including Tromso Kaptein (which was recorded in Norway), Love From London and The Man Upstairs. After he relocated to Nashville with his partner, Emma Swift and their cats, he became acquainted with Brendan Benson. The Michigan native made his bones as an acclaimed singer-songwriter, but is probably best known as part of Jack White’s Proto-Pop/Punk combo, The Raconteurs. He wound up producing Robyn’s self-titled effort, which was released in 2017. Now he has returned with his 22nd long-player, Shufflemania.

The opening cut, “The Shuffle Man” is a proper basher, hurtling out of the speakers at a high velocity. Sticky acoustic riffs collide with rumbling upright bass, whooshing keys, slashing power chords and a pummeling backbeat. The arrangement shapeshifts from British Invasion to Skiffle to Rockabilly to Punk at full-throttle. The song’s titular character exudes a Cat In The Hat joie de vivre, that starts out seductive; “Shuffle Man is ritzy, Shuffle Man is rad, I want to have what the Shuffle Man has, oh yeah, oh yeah, oh yeah.” But ends up championing greed and avarice; “Money is the answer to the question you pose, I need to know what the shuffle man knows…”

Robyn has always populated his songs with offbeat and unusual characters like “Insect Mother,” “Madonna Of The Wasps,” “Sickie Boy,” and “Detective Mindhorn.” That tradition continues on a couple of tracks, “The Feathery Serpent God” and “Socrates In Thin Air.” On the former, shivery acoustic notes, fat tremolo riffs partner with piquant sitar, drone-y shruti, modal keys and a percolating rhythm. The arrangement is not so much Spaghetti Western, as a Tandoori Western. Cryptic lyrics allude to an odd encounter with Quetzalcoatl, the Aztec deity; “Here in the palace of the feathery serpent god, I feel alright, here in the palace of the feathery serpent god, the night’s alight.”

The latter was inspired when Robyn spied a bearded, elderly gent sipping red wine on an airplane flight and conflated him with Socrates, the ancient Greek philosopher who was sentenced to death in 339 BC. Spidery acoustic notes dovetail with sinewy baritone guitar, mercurial keys, roiling bass lines and a knockabout beat. The lyrical conceit transports him to the 21st century; “Socrates went to the future, he left them all behind, yeah, Socrates, he didn’t need those mediocre minds.” Keys swirl and guitars ripple on the break adding a patina of polychromatic Psychedelia to the arrangement.

The best songs here spotlight Robyn’s ability to leapfrog effortlessly from one sonic soundscape to the next. Take “The Sir Tommy Shovel” which is awash in spiky guitars, throbbing bass, stabbing keys and a clattering beat. Yearning for a traditional English watering hole in Nashville, vivid lyrics set the scene for the perfect Anglophilic drinking public house; “I wish there was a pub called ‘The Sir Tommy Shovel,’ and I would drink responsibly and hold you like the angel in the dark abandoned silo of my soul.” As skittery guitars twitch and snarl, he spits out the final verse, taking aim at a not-so ancient history; “I not be drinking in the ‘Racist Loser,’ it’s not my kind of boozer.”

Then there’s the slinky Sophisto-Pop of “Noirer Than Noir.” Tinkly percussion, lithe marimba, bloopy keys and jangly keys shadow Robyn’s whispery croon as he cautions; “You’ve got to be fleet on your feet, you’ve got to be discreet.” Further, he insists we embrace the darkness before it envelopes us; “You’ve got to be noirer than noir, voila! You never could say au revoir, comme ca’”

The action slows for a couple of tracks, “The Inner Life Of Scorpio” is anchored by shang-a-lang electric riffs, burnished acoustic notes, phased keys, tensile bass and a ramshackle beat. Watching a TV detective show featuring an inscrutable actor, prompts Robyn to enigmatically intone, “It’s hard to read an actor, they’re a book that’s quick to close, but nobody’s escaping, nobody’s escaping the inner life of a Scorpio, the inner life of a Scorpio.” Courtly Spanish guitar shimmers on the break, before the song ambles to a close.

Although his sublimely surreal and sardonic lyrics have always been front and center, every once and awhile, (“Queen Elvis,” “Airscape,” and “Linctus House” come to mind), he conjures an ethereal melody out of thin air. “The Man Who Loves The Rain” falls under that category. Finger-picked acoustic guitar, feathery keys, dulcet bass and drowsy percussion wrap around a gossamer melody. Naturally, his whispery croon cocoons the usual jabberwocky; “Life is eternal, life is so brief and life is so sweet, sweeter than even a fox in a hole or a thought in a brain/He wrote I am the weather vane, swaying with every feeling that hits me again and again, I’m the man who loves the rain.” Downcast piano notes hollow out the moodily elegant break, as the song see-saws between melancholia and joy.

The record closes with the surprisingly bittersweet and Beatlesque “One Day (It’s Being Scheduled).” Tentative piano notes and Robyn’s winsome falsetto share some musical DNA with “Instant Karma” and “Hey Jude.” Wheezy keys seem to unintentionally echo “Strawberry Fields Forever,” just as ringing guitars chime around a clickity-clack beat. Lyrics offer up some inspiration and optimism, Hitchcock-style; “One day the sky will turn into the sea, one day, the ugly truth will be made over to beauty, and one day your enlightenment will blossom from your pores…one day the human race will not be run by bullies, one the color of your skin won’t be the great divide, one day, you’ll care how other people feel inside, one day, one day one day.” Happily, racial tolerance and fish living in Macadamia trees are just, to quote the Stones, a shout away.

Like any other album created in these Covid times, Robyn recorded his parts and collaborators like Johnny Marr, Pat Sansone, Davey Lane, Brendan Benson, Kimberley Rew and Sean Ono Lennon added their contributions from home studios all around the world. Robyn characterizes it as “a party record, with a few solemn moments, as parties are won’t to supply.” Shufflemania is another unorthodox masterpiece. I just wish Phil was here to hear it. Of course, he may have already checked it out from his astral plane. He was always a few steps ahead of me.