Art is often associated with beauty. Sometimes art reflects a darker side.  First time feature film director Mischa Marcus is tackling that darker side. She is the writer/director of the upcoming feature film Blur.

Blur is a coming-of-age story about an African-American girl, Layla, who is abducted and forced into prostitution at the age of ten. Seven years later, Layla is discovered lying half-dead in an alley, unable to speak.  Detective Amy Walker helps Layla untangle the memories of her horrific past to bring her perpetrators to justice so Layla can start anew.

Blur tackles the dark side of human nature but it is a story of hope and redemption.  The story is told through the eyes of a seventeen-year-old Layla who is recovering after seven years in captivity as a sex slave.  The film portrays with brutal honesty, the unimaginable circumstances of a Layla yet captures how her life is saved through the power of friendship, the empowerment of female spirit, and the strength of family.

But don’t be lulled into thinking that Blur is fiction. The story of Layla is too often repeated. Layla is many children – child sex trafficking does not discriminate. The children are all ethnicities, all religions, all income levels, all ages and all sexual identifications. The epidemic is real and the lethargic response from society is baffling.

Coachella Valley resident Stephanie Bell Veneris is producer of Blur. Why take on such a project? “This film is creates awareness. Without awareness this problem remains shrouded in darkness,” said Stephanie. “But this film also focuses on the survivors of child sex trafficking. These children and young adults are survivors. And we, as a society, should be ready to receive them.”

“My family is social activists. We are not ones to sit on the sidelines. We get involved. As a filmmaker, I know that film can be a very powerful voice for social activism. I look for projects that have a social conscience. When presented with Blur, I knew I had to be involved.”

“A film like Blur faces many obstacles. Firstly, it is the subject matter. No one wants to admit the problem exists. Secondly, we need to recognize that the Coachella Valley is a short drive from two of the three most active locations of child sex trafficking – San Diego and Los Angeles. The third, San Francisco, is less than an 8 hour drive. Lastly, we have failed these survivors. US born children removed from sex trafficking, have few resources available to them. Too often they are sent into the foster care system and labeled ‘damaged.’ Older children are sent to juvenile detention facilities. Why? Why treat the survivors as felons? It seems unbelievable but all too true.”

“As I worked on this film, we were surprised to find the lack of meaningful programs. Project Blurring the Lines is the first prong for us. Blur is a newly formed 501(3)(c). We plan to open a facility in the Coachella Valley to help these survivors. We will us the power of art and film to help facilitate the healing process.”

The planned facility, in addition to counseling and safe haven, will give survivors the opportunity to learn about the film business. “We will have acting, directing, editing, lighting, writing, design – in short if it is needed to create a film, we will teach it.”

And Stephanie knows how to do it. With over 18 years in production and business and legal affairs, she understands how the pieces fit. “I have worked for Interscope Communications, Paramount Pictures and Franchise Pictures. I am also the producer of the award winning sci-fi film Inverse.  I am also developing new projects based on the Ben Blackshaw series written by Robert Blake Whitehall.”

Blur is nearing completion but the project still needs additional financing. “There are many ways to get involved. Visiting our website, www.blur-themovie.com, provides suggested ways people can help. We hope to present Blur at Sundance and the Palm Springs International Film Festival.”

“This issue cannot be ignored.  I am very proud to be a part of the dialogue seeking change,” stated Stephanie.

For more information regarding Blur and the epidemic of child sex trafficking, visit www.blur-themovie.com. 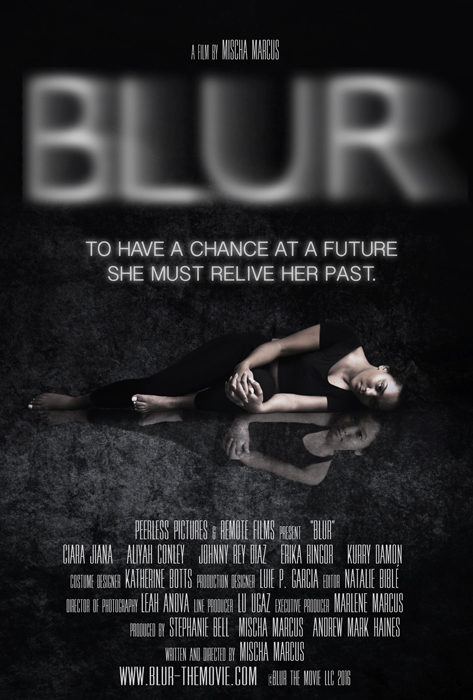