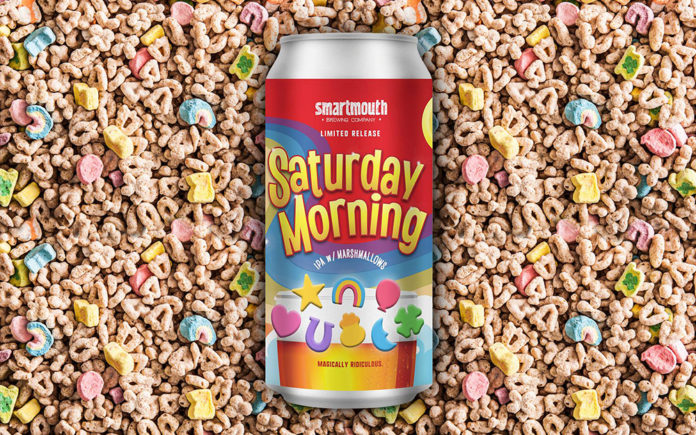 Over the past couple of decades, craft beer has proven itself to be innovating, inventive, creative, and occasionally, gimmicky as f*ck.

Norfolk, Virginia brewery Smartmouth is set to release their latest brew, an IPA brewed with marshmallows. Dubbed “Saturday Morning” this confectionary concoction claims to be brewed with both “house toasted marshmallows and cereal marshmallows”. According to their Instagram promo for release, “this IPA is sure to set you back with nostalgia, on the couch, turning on the best cartoons for a Saturday morning.”

Brewed with Galaxy and Calypso hops, this 6.6% ABV IPA comes in a can featuring artwork that clearly means to mimic Lucky Charms breakfast cereal and all the nostalgia that it invokes. The 16 oz offering will only be around for a limited time and looks to offer a playful twist on a craft beer standard, the perennially popular IPA.

Brewing with cereal isn’t anything new at this point, it’s been done by many breweries, most notably a British brewery who brewed an IPA with rejected corn flakes in a move to reduce food waste. Brewing with marshmallows, especially lucky charms styled, cereal marshmallows is still novel enough to warrant a mention. Since “Saturday Morning” appears to only be available in the Richmond area, we’ll have to rely on the internet to let us know if it’s any good.

While Virginia may have the market on marshmallow beer, it can’t say that it’s the most affordable beer state. That distinction belongs to Illinois, who ranks as the cheapest state to buy a case of beer in 2019.

Consumer advocate website simplethriftyliving.com, which dedicates itself to helping people save money, tabulated the average cost of a 24-pack of Bud Light and Miller Light in each state, and Illinois came out on top. At only $15 a case, sud lovers in the Prairie State are rejoicing at having the lowest priced bargain beer in the land, with neighboring state Iowa paying $17 for the same beer (still a decent price, making Iowa the 15th cheapest place to get your mass-market adjunct lagers).

California respectably makes the top-20 most affordable states for beer, with a case of Bud or Miller Light averaging a cost of $17.86 in the Golden State.

While the trend started in 2018, 2019 sees California finally joining other states like Colorado and Virginia in allowing cannabis infused beer to be sold to consumers, and the Coachella Valley is, naturally, embracing the trend. 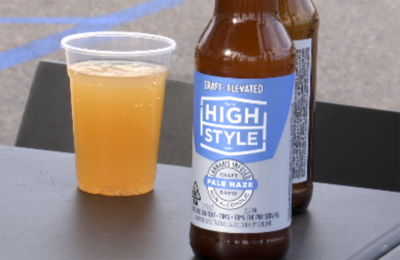 Friday, February 15th saw Palm Springs Bare Dispensary celebrating the launch of “Pale Haze,” a non-alcoholic beer infused with 10mg of THC in every 12-oz bottle. Crafted by San Diego’s High Style Brewing Co, the pale ale is made with Cascade and Amarillo hops, and a THC blend that features “a clear-headed, euphoric, and energizing high that will make you want to get out, socialize, explore, and experience,” according to High Style’s press kit. Pale Haze also touts a very low-calorie count, as the absence of alcohol reduces the sugar content greatly. At only 50 calories per serving, High Style is touting their new, cannabis-infused brew as a delicious and intoxicating alternative to the standard pale ale, which can average 150 calories or more per serving.

If you’re curious about trying this THC infused, non-alcoholic beer, Bare Dispensary is an official carrier of Pale Haze, and is located off the I-10 and N Indian Canyon Dr, on W Garnet Ave. Directions can be found on Weedmaps or even Yelp.