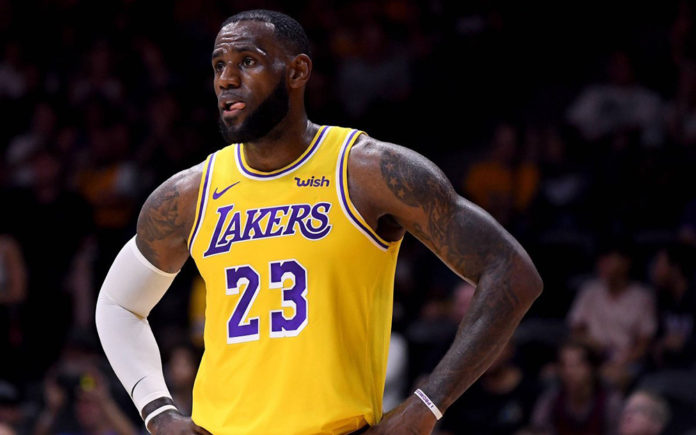 LeBron James has been on one of the greatest runs anyone has ever seen in the history of the league by making eight straight NBA Finals appearances. Now that he has joined the Los Angeles Lakers, many believe that streak will come to an end.

The Lakers are full of talented, young players, but don’t have that second true superstar that most believe is necessary to be a true championship contender. Any team James is on is expected to be elite, but he has a different set of expectations for his first year in L.A.

“We don’t know, it’s the unknown. The unknown is what to expect at the end of the road, so I don’t ever base anything off of that. What I know I can bring to the table is being committed to having excellence every single day. From a mindset standpoint to how I prepare to go out and play. Everything else will take care of itself.”

Of course, a championship is always the end goal, but James isn’t judging this year solely by that. “I don’t believe the only thing or mark of success in a season is winning a championship. There’s only one champion. That doesn’t mean you’re not successful,” he explained.

The main obstacle in the way of the Lakers is the Golden State Warriors who have won back-to-back championships and three out of the last four. They added All-Star center DeMarcus Cousins to the fold making them even more dangerous.

That’s beside the point for James, however. “We’re a new ball club coming together, obviously the Warriors have some returning guys. We have to take our bumps and bruises, good times and bad times,” he added.

“If we continue to work the process and continue to sacrifice for one another, put in the commitment and time to being great, everything else will fall into place.”

Talent is not an issue with this Lakers team, but it always takes time for teams to develop that chemistry and really come together. James focusing on that process, as opposed to the end goal of a ring makes plenty of sense and should help the Lakers ultimately come closer to accomplishing exactly that.

Currently Las Vegas has the Lakers as a +1000 underdog to the Warriors at -120 favorites followed by the Celtics +500 and the Rockets at +750. +1000 puts them in the class with the Pelicans, Bulls, Magic and Brooklyn. Not exactly lofty expectations this year for any of these squads. Wait till next year when the Lakers acquire Anthony Davis from New Orleans who recently fired his agent and hired LeBron James’ management company. This little known activity shifts the power of the NBA moving forward into LA’s direction. LeBron’s company was hired to, according to Max Sports, “Find and sign the next max deal for the All-Star Forward”. No doubt that’s code for, “Come to L.A. and we’ll pay you whatever you want”. Lakers next season will be the force we’ve been waiting for to compete and beat the Golden State Warriors.