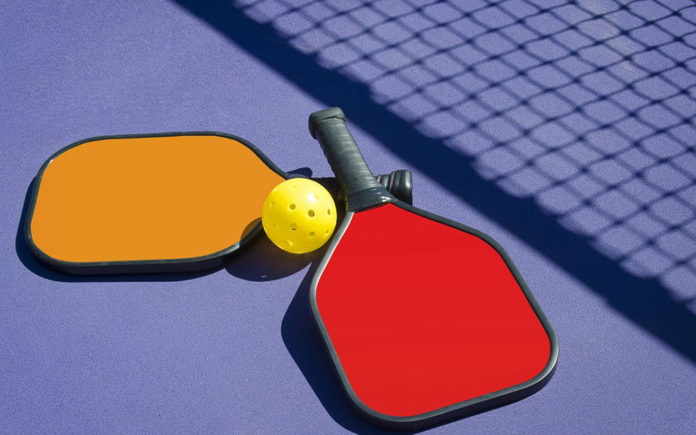 A couple of years ago, I was visiting my “Uncle Dick,” a life-long family friend, when he told me about “pickleball.” What a laughable name for a game played by “grown-ups,” especially senior grown-ups.  When he invited me to watch his match at the tennis courts the next morning, I chuckled but of course, followed the curiosity about this funny game he and his friends “invented.” I took pictures and was sincerely delighted that these senior athletes were engaged in a sport that lowered the playing field, or in this case, the net and took the game so serious. I left thinking how wonderful it was that these senior citizens, not able to compete in tennis created a fun game that all could enjoy while still being competitive. 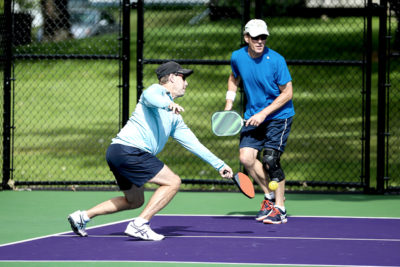 Flash forward two years and while visiting once again, I learned that there were plans for a “pickleball championship.” Wow, these are some creative seniors with grand ambitions, I thought. My poker face failed me as he told me to look it up. I was positive this was an elaborate joke that would lead to a website for the “league” and the “tournament of champions” one of the pickleball gang made at the senior center. Much to my dismay, the 2018 Margaritaville USA Pickleball National Championships at Indian Wells Tennis Gardens on Nov. 3-11 popped up in my Google search. As the shock to hold, I could hear words echoing in my vacant mind: “the problem with young people is they think they know everything.” Then another realization hit me.

“So, you and your friends didn’t invent Pickleball?” He burst out in laughter and then told me “no” and laughed even harder at the realization that for the past two years I believed he and the Pickleball gang made this game up. He went on to tell me that he met a man in Idyllwild while playing Pickleball and he knew the inventors of the game up in Seattle. It turns out the game was named after the guy’s dog, a cocker spaniel named ‘Pickles,’ who became interested in a game that was created to entertain bored kids. Pickles would revel in the opportunity to take the ball and run off with it. Hence, it was essentially, Pickle’s ball. And that is the story the USA Pickleball Association is sticking to as the ‘official’ history of the game. And it turns out, one of the inventors of the game is former Congressman Joel Pritchard (1973-1997). I guess back then Congress actually did something.

Now that my invented world of fiction collided with the invented reality of Pickleball, I had to adjust to this new found information with rapid adaptation skills. This game was real and the tennis court where I first witnessed the game, was actually the training ground for some of the top Pickleballers in the country. Yes, that’s right, world-class Pickleballers had moved into Indio to train and perfect their game. As I came to learn, Pickleball is actually one of the fastest growing sports in America! According to the USA Pickleball Association (USAPA), the official organization behind the growth and development of Pickleball, there are over 200,000 Pickleball players and 12,668 Pickleball courts in North America, with an average of 76 new places to play Pickleball across the U.S. and Canada each month!

This coming week, November 3-11, 2018, an anticipated 5,000 Pickleballers and fans will descend upon the Indian Wells Tennis Garden for the 2018 Margaritaville USA Pickleball Championships. This event will offer the largest cash prize in the history of the sport with a purse of $75,000 for the Open and Senior Open (pro divisions). Equal prize money will also be given to all doubles, mixed doubles, and singles medal winners. Justin Maloof, the Executive Director of USAPA, Said the move to Indian Wells represents a strong step forward for the sport and provides a national stage to showcase top athletes of the game. The stakes have definitely been raised with the move to Indian Wells and a stage has been set to turn champions into well-paid professional athletes. Admission to the grounds and to the courts is free. For more information on tickets go to https://usapickleballnationalchampionships.com/tickets/