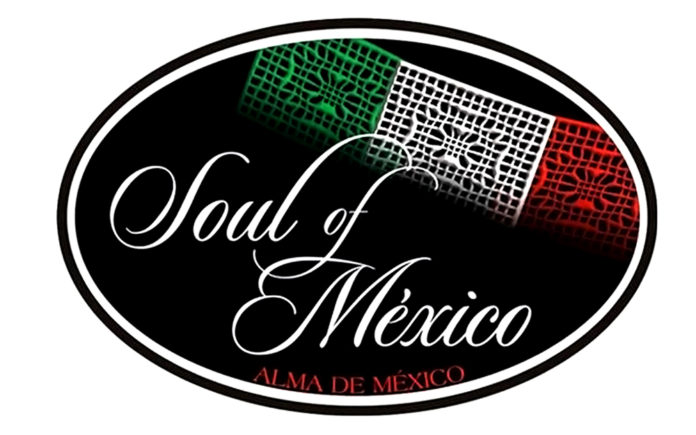 Relax and enjoy classic Michoacon Mexican dishes in the easygoing atmosphere of Soul of Mexico in Indio.

There are some restaurants that you know have been around for a while, but for one reason or another, you just haven’t made it in to try them out. Such was the case that I encountered with Soul of Mexico, located in the Heritage Court shopping center off of Jefferson and Fred Waring in Indio. I have known about the restaurant for long time, often driving by it on my way to Walmart, and before that, on my way to get a pedicure at the nail place next door to it. But recently, after having sushi at Sushi-On in the same shopping center, my boyfriend and I popped into the long standing restaurant for a drink, which opened up a whole new place for us to go. 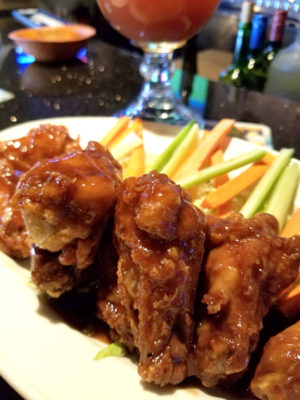 Soul of Mexico has an almost tangible relaxed vibe, with roasted brown tones, old school leather chairs and a generous bar with televisions that acts as the focal point to the space, all of which makes you feel that you’re good to stay and kick back for a while. On our first visit, we just had a couple of drinks, as we were pretty full from our sushi frenzy. But we soon returned to try out some of their menu items.

We took the same seats at the bar that we had before, just at the curved end with a nice view of the TV’s for my boyfriend, and of the restaurant for me. I was in a Chavela mood, and my boyfriend opted for one of their margaritas. Chips and salsa were offered and accepted, and we went on to order some of their Chicken Wings, which were explained to us as being different because of the use of tamarind in the sauce, which intrigued us. The glossy wings came out with a gorgeous burnt orange hue, accompanied with traditional carrot and celery sticks. The tender wings had a crisp exterior, and a distinct tamarind taste, elevating the barbeque sauce. My boyfriend couldn’t get enough of them, and was having an obvious “Yum” experience, which I found adorable. 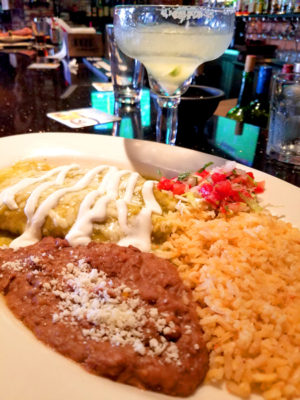 After our wing experience, we decided to try their Enchilada Suizas (topped with house made tomatillo sauce, sour cream and cheese). We added chicken to our Enchiladas, giving them a meaty component. The dish was served with fluffy rice, and rich refried beans, adding nicely to the tangy Enchiladas, excellent! Soul of Mexico offers a variety of other menu items which are based in Michoacan (a central state in Mexico) classics, from Burritos to Tacos to Seafood and House Specialty items such as their Sizzling Fajitas, Carnitas or Sweet Corn Tamales among others.

Whether you’re in the mood for a casual drink, or in need of satisfying your Mexican food craving, Soul of Mexico will bring you a fulfilling, and easygoing experience.