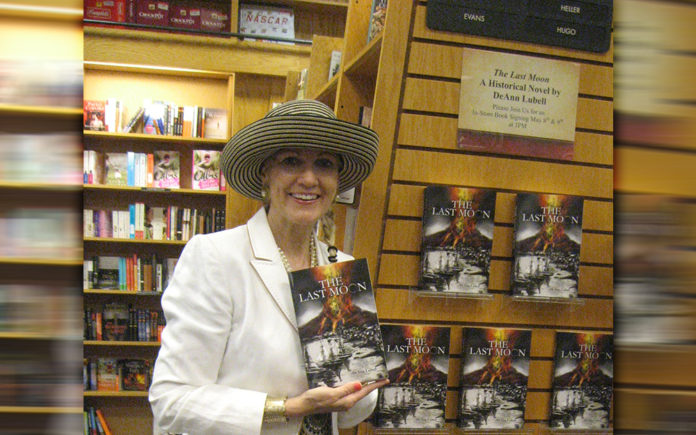 Everyone has a story to tell, and DeAnn Lubell is no exception. This prolific author based out of the desert has contributed to hundreds of magazines and newspapers, from the East Coast to the West Coast, and has even garnered international recognition for her fictional works. Before becoming a local wordsmith, Lubell was born and raised in Colorado and attended Western State University in the city of Gunnison, where she studied journalism.

When she was an 18-year-old university student, Lubell came across a book that would ultimately inspire her debut novel. It documented the eruption of Mount Pelée, and she read about Fernand Clerc, a powerful white French plantation owner living in Martinique in the late 1800s.  During the time of the 1902 volcanic disaster, Clerc had been campaigning in local elections for a critical post. The political warfare and natural disaster depicted in the pages are what fueled Lubell’s interest in the story.

“I vowed to one day write a historical novel about this event, but not before I had actually visited the island. Five years went by and no opportunity prevailed. Then ten years . . . fifteen years . . . twenty years passed.  Opportunities to visit Martinique were missed because of unforeseen situations.  As the years rolled by, my passion and desire to write the book grew stronger,” said Lubell.

Serendipity arrived at Lubell’s front door twenty years later, when an interested buyer for her home came to view it with his friend, a Frenchman from Martinique.  When she expressed interest in Martinique’s history, especially that of Fernand Clerc and the 1902 eruption of Mt. Pelée, the Frenchman quickly introduced himself as Yves Clerc, the grandson of Fernand Clerc.  Yves and Lubell formed an instant bond and made travel arrangements to visit the island. 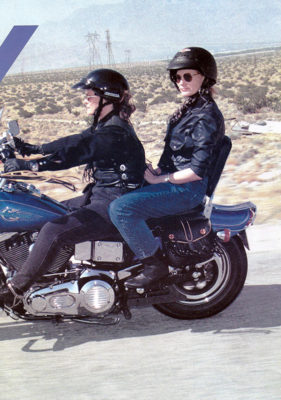 “I arrived in Martinique as the guest of Atou Hayot, a friend of the Clercs, and stayed in a beautiful 1900s villa overlooking Fort de France.  Atou was gracious and charming, although very standoffish. I was to find out over the course of the next two weeks that the white French minority was very suspicious about this American wanting to write about a shameful period of their island history. More so, the black and mulatto population seemed terrified of me. I could not figure out why I was being treated with such suspicion. I soon found out that many of the islanders firmly believed in a legend warning that one day a tall blonde lady would arrive, and when she did, her presence would trigger an eruption of the volcano,” explained Lubell.

Lubell eventually earned the islanders’ trust, allowing her to be introduced to several important officials and historians on the island, as well as relatives of Pelée’s victims and a 95-year-old survivor of the 1902 eruption. This enabled Lubell to obtain valuable information while writing and researching for her historical piece. It wasn’t until 2010 that Lubell published her long-awaited novel, The Last Moon. 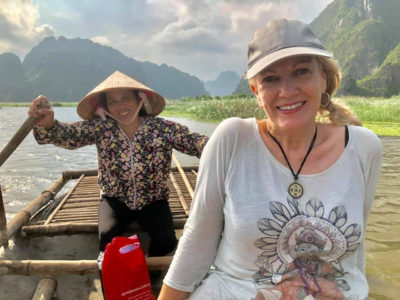 “After about the sixth draft, a friend said that if I kept rewriting, I was going to turn a gown into a t-shirt, so I saw the light and knew in my heart of hearts that the manuscript was complete. It was an amazing, exhilarating feeling,” stated Lubell.

The Last Moon went on to win First Place Historical Novel at the 2016 Amsterdam Book Festival, after winning Reader’s Favorite in 2012. The author was pleased with the positive public response and the reactions to the characters she had created.

“Each win, whether national or international, has been a validation of my works.  It means, simply, that I have touched a chord to someone who has read my historical novel.  My greatest highlights, however, have been the direct testimonies from readers who had enjoyed the read.  It is the greatest feeling in the world,” said Lubell.

It wasn’t until 1991 that Lubell started to call the Coachella Valley her home. Her husband, Joe Lubell, came down with an A-typical lung condition as a result of living in northern California and being exposed to a damp, moldy climate.  The couple was told they had to move to a dry climate and Palm Springs was it.

“I have been so incredibly blessed by the people I have met through my writing career and through other means in this society for so many years… The Coachella Valley is per capitol, one of the richest communities in the nation.  It supports three major industries: agriculture, tourism, and nonprofits…all, of which, I have been, since 1991, deeply involved with in so many ways,” explained Lubell. 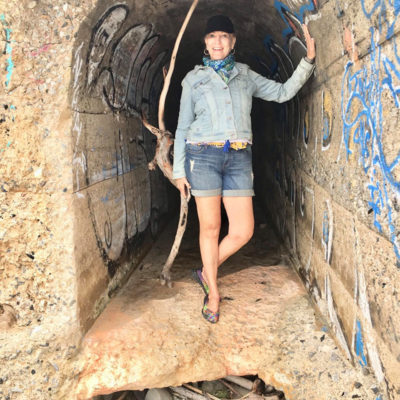 Now entering her fourth year as a publicist for the McCallum Theatre, Lubell loves the magic, talent, and energy of the shows, and enjoys working with the rest of her team. In terms of future projects, she hopes to complete some personal memoirs and a sequel to The Last Moon.

When she’s not writing, Lubell enjoys walking and hiking in nature, and works as a published photographer, jewelry maker and artist. She takes pride in being the mother of a wonderful daughter and a fabulous 14-year-old grandson, showcasing the same love that her own mother gave to her—one of her role models.

Lubell hopes to continue creating and writing in her future, with no specific direction other than practicing her artistic passion. “How can I top my career at this point? I just want to continue what I have been doing successfully for many years. As they say, the best is yet to come.”