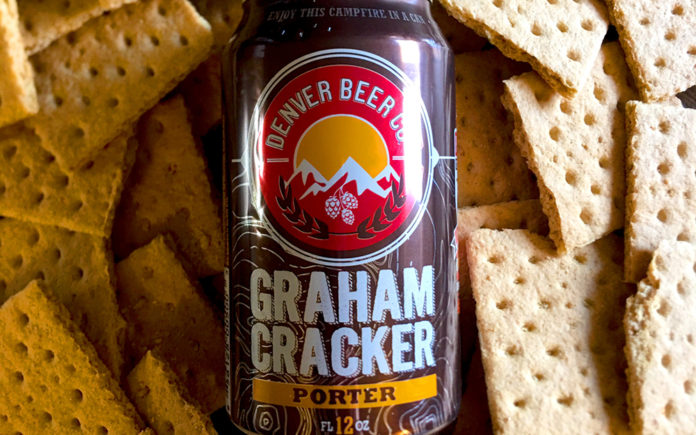 So, back in the 1830’s there lived this super miserable guy named Sylvester Graham. He was a Presbyterian minister from Northampton, Mass., and if there was anything he hated more than pleasure, it was other people’s pleasure. Seriously, straight up not having a good time was his thing. He believed that a good time of any kind was the doorway to an afterlife of hellish torment. One minute you’re enjoying a nice apple butter on your maple scone and the next you’re being stabbed by pitchfork wielding demons while drowning in lakes of blood, that’s the slippery slope that nice food gave you. So, to combat the existential crisis of possible damnation, Graham preached a diet of bland food and total abstinence from anything that remotely resembled happiness.

In 1837, Sylvester Graham wrote his life’s work, “A Treatise on Bread and Bread Making”, and it was every bit as scintillating as the title would suggest (If you don’t understand sarcasm, that means it wasn’t). A tome on the virtues of course flour, bread baked at home (ideally by the woman of the house), and the importance of a vegetarian diet (proving that vegetarians have always been joyless), Graham’s book included commandments such as:

“”Eat no flesh nor fish nor fowl.”

And, above all, he said:

“Practice connubial monogamy … and limit congress to once a month.”

That means once a month you got to have lights-out, missionary style sex under the covers through a hole in the sheets. And no enjoying!

Sylvester Graham was an important figure in the temperance movement that would eventually lead to the American prohibition of alcohol 83 years later. Although his teachings enraged bakers and butchers of his era to riot, Graham’s spartan ethos of sleeping on hard beds and avoiding warm baths appealed to some people. He gained a slew of followers who hated flavortown and all its inhabitants as much as he did, and despite his preaching of longevity and health through abstinence of pleasure, he died in 1851 at just 57 years of age. 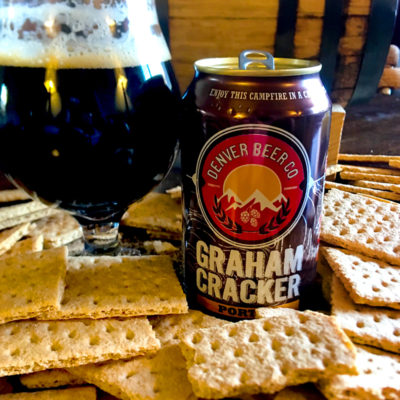 Graham’s lasting legacy was the creation of a rather plain and mild, whole grain biscuit that we know today as the Graham cracker. It’s used mostly in the creation of S’mores, a sweet and gooey confection that would have ol’ Sylvester turning in his grave, but It’s Denver Brewing Company’s Graham Cracker Porter that would have his head exploding. Yes, the most avid hater of alcohol has a beer that owes its creation to him. Let’s review it, shall we?

APPEARANCE: Pours an opaque, dark brown with garnet highlights along the edges of the glass. A long-lasting, khaki head of foam caps what is an otherwise unappealing appearance. 3/5

NOSE: Light vanilla and chocolate up front, mild and barely discernable. Some soft, woody hop character detected, with none of the bold, roasted grain notes of an export or Baltic porter. The bouquet of a true porter, mild but pleasant. 3.5/5

TASTE: Taste follows the nose, with vanilla and chocolate up front, followed by a pleasantly soft, caramel sweetness. Drank cold, the graham cracker flavors were nowhere to be found, but as the beer warmed, the flavors emerged. Appearing on the backend of the palate, most noticeable in the foam. Pleasant, soft graininess compliments the forward flavors of the vanilla, remining me of the chocolate flavored Teddy Graham crackers that were popular when I was a kid. 4/5

MOUTHFEEL: So highly carbonated and thin that it borders on a soda-like consistency. Any preconceived ideas that porters and stouts are “thick” beers have been thoroughly squashed. 2.5/5

OVERALL: Sylvester Graham vehemently warned about the dangers of manual stimulation of oneself, and that doing so could lead to blindness among further health concerns. It’s with ironic glee that Denver Brewing Co. has crafted a porter (a popular beer in the 1830’s) and flavored it with the pious baked good so loved by Graham. Despite a bland appearance and watery mouthfeel, this beer is actually better than its final score suggests on paper. Graham crackers work surprisingly well in beer, and this recipe is crafted nicely.