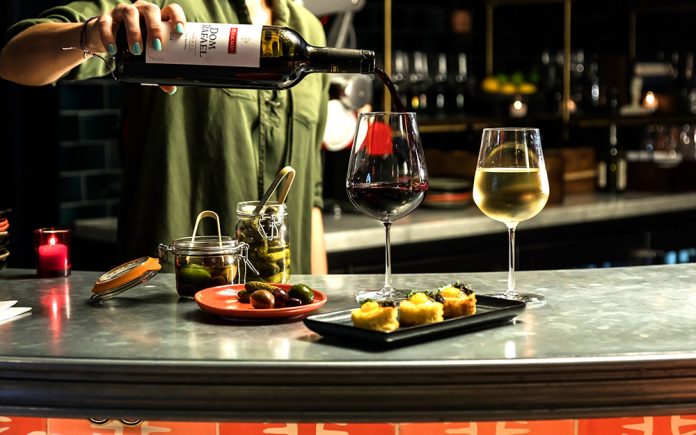 So here we go! A blogging website whose first focus is wine and beverages and then everything that gastronomically follows!  And the good news for us valley desert dwellers is that it’s a local website covering the local culinary scene—restaurants big and small, fast food and slow; interesting events that feature food, wine & music; and all that’s in between.

Oh—and they do wine and beverage reviews.  Their opening salvo states: “Come on in and check us out. We take a fun look at the world of wine & spirits, events in the valley, places to eat + more. The goal is to keep it lighthearted, spontaneous, and entertaining.”

And so far so good! It’s a quick read with interesting images catching one up on the goings-on in the Coachella Valley.  Full disclosure: I get to submit articles to the P.S.Wine Blog.  But I’m a bit wordy where the Blog is concise along with an interesting point of view.  I’ll need to work on my delivery!

The Blog is fairly new on the scene, working through the usual bumps & grinds of getting into the public eye.  However, its content has been ramping up these last few weeks as the valley gears into its tourist season.  And prospectively, there’s a lot on the culinary landscape that the Blog wishes to entertain upon.  Of course we wish them luck (it’s a tough business out there) and please support them by subscribing online at www.palmspringswineblog.com and following them on Instagram at the_palm_springs_wine_blog. 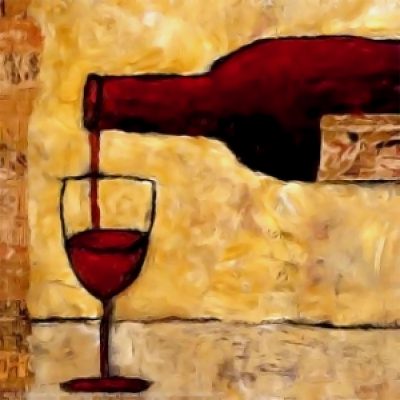 The Blog is the brainchild of Paolo Maximilliano and Penny Ione (that’s the letter “I”, not an “L”—her name is pronounced “eye-own”). Paolo is a foodie and wine enthusiast who definitely has a point-of-view. (And he’s one of the few millennials I know who has a vintage wine collection.) He can be quite critical, but he keeps it sarcastic, comical, and honest, which translates in his writing. Before attending chef’s school was in vogue, Paolo actually received a high school scholarship in culinary arts, and, did a brief stint at Costa Mesa’s Red Lion Inn’s kitchen.

But I think he’d be a good food comic—he should go on the Improv and argue with himself on funny food issues—whatever that entails? Recently, I heard him rant on the latest craze of restaurants charging so much for their appetizers of “homemade” potato chips that are either burnt or so-so, when Lay’s can produce a great tasting chip right out of the bag!

He attributes his food perspicuity as the result of going to fancy Newport Beach eateries as a kid.  He remembers his sister and himself being the only children in elegant dining rooms full of adults; and he became used to enjoying meals like Duck a l”Orange at Bob Burns, or, Chateaubriand at the Five Crowns.  He recalls, at the age of nine, tasting his first Bordeaux—a Lynch Bages, with a pepper steak over at the Arches Restaurant.  Dad!!??!

Penny Ione is probably one the best home-chefs in our valley.  Her business back in Orange County was Penny’s Gourmet Cooking where she found a groove in catering political event dinners.  I even remember attending one of them with Jerry Brown, a group of Angel ballplayers and that Indian actor who played a villain opposite James Bond in Octopussy.  Everyone over ate that night!

Penny is one of those foodies whose drive is to learn and master the cuisines of the world.  Her trail of magical morsels especially includes Vietnamese, Thai, Italian, French, Mexican—and recently Indian, with all her flurry of curries perfuming the neighborhood air.  Penny and Paolo are good foils for each other; their writing collaborations are sometimes a hoot!

We mentioned the broad landscape this Blog wishes to cover.  Currently on their site, the topics list as Wine Reviews, Desert Events, Happy Hour, Taco Tuesday and Two Funny Guys.  I’m noticing that the Wine Reviews & Beverage Reviews are particularly focusing on the new markets of wine, hard seltzers & cocktails that are now inundating the market and sold in cans and other innovative packaging.  Check out the findings!

Happy Hour is a nice and quick review of the many eateries who offer deals during—well, happy hour.  We forget how many happy hours there are in a day and around town.  Catch up fast for a unplanned jaunt to where you used to go.  Paolo is also looking to publish up-dated wine lists of many valley restaurants to assist in choosing where to wine and dine.

I’m really enjoying reading the Blog’s blast on Taco Tuesday.  There are a bunch of tasty deals all over the valley; and who doesn’t like tacos! It’s good to be reminded of local venues and their bargains in a fast minute.  Further, no one is tying the Blog’s hand in requiring only tacos: there’s Tostada Tuedays and Pizza Tuesdays.  If there’s a different dish on a different day, bring it on!

And then there’s Two Funny Guys.  Full disclosure again: Paolo invites me to join in with his video beverage reviews.   These reviews began and remain unrehearsed first-take comments on the taste, value and quality of the featured beverage—usually a wine or a spirit.  Some of the videos were up-loaded to YouTube with that particular title of “two funny guys reviewing a wine”, and the name stuck.  Also on the Blog, some videos are titled “Wine Minutes”—as in “a wine review in a minute or two”.

We’re not saying the segments are particularly or especially funny, it’s just that it’s all done casually, and we make comments as we wish.  It’s an unpolished performance; we’re having fun and we’re being honest about the stuff we taste.  We know there’s value in getting a quick heads-up on a wine or spirit before it’s purchased.  Whether you’re looking for a “High-End Vino” for a nice weekend dinner, or, “The Best Cheap Wine Buy of the Week”? Tune in!—cheers!