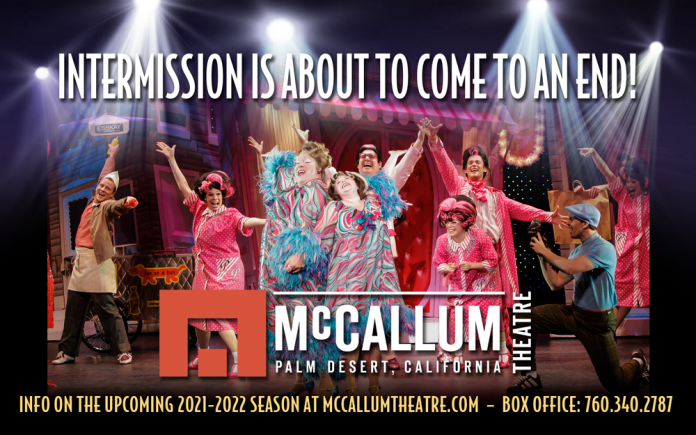 Long were the days that theatres remained empty as the COVID-19 pandemic prevented large scale audiences from attending any shows. With more cases declining and California aiming to fully reopen by June, the McCallum Theatre announced its new lineup for the 2021-2022 season, which will bring audiences and artists back together to the Palm Desert venue beginning on December 3, 2021. It has been 632 days since the McCallum’s last pre-COVID-19 performance.

“We are thrilled that intermission is almost over. Come December, the curtain will rise again at the McCallum Theatre after more than 600 nights without artists and audiences coming together. It will be such a happy night.  We can’t wait to welcome our wonderful patrons back to their theater,” said Jeffrey Norman, the McCallum’s Vice-President of Communications and Public Affairs.

The new season includes an assortment of McCallum “greatest hits,” including iconic superstars, long-awaited return visits from show business royalty, plus a robust music and variety lineup and an impressive array of Broadway’s most cherished, long-running shows. 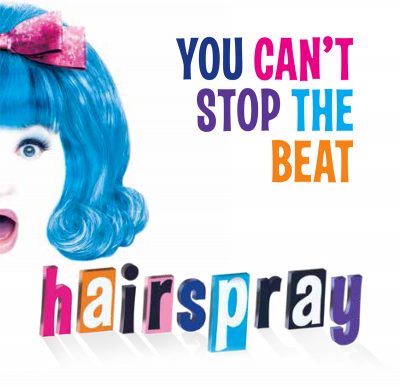 The official start of the 2021-2022 McCallum Theatre season will be from December 3-5 with the hit musical, Hairspray, telling the story of 16-year-old Tracy Turnblad’s goal to dance her way onto TV in the 1960s. The new touring production reunites the original creative team of director Jack O’Brien and choreographer Jerry Mitchell. A special returning December highlight will be Barry Manilow’s A Gift of Love V, the hottest holiday show in the Valley, with all proceeds going to support 25 local charities. Tickets for the performances are not available through the McCallum Theatre website and must be purchased online only at www.AGOL5.com. 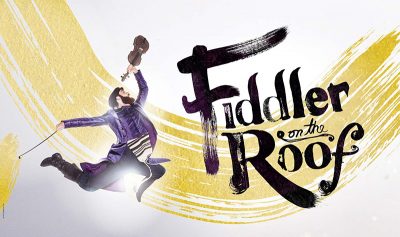 The 2021-2022 McCallum Theatre Broadway season continues with one of the most beloved shows in musical theater history, Fiddler on the Roof (January 28-30, 2022 for five performances). From February 25-27, 2022, for five performances, the most successful musical theater show in McCallum history returns as Jersey Boys retells the story of Frankie Valli and the Four Seasons and their successes and struggles onstage and off as they attained international stardom. Finally, desert audiences will have another chance to enjoy the sellout sensation, Beautiful:The Carole King Musical, when this tribute returns to the McCallum for five performances from April 1-3, 2022. An additional theater event is long-time McCallum friend, Steve Solomon, who returns to the desert with an all-new version of his show, My Mother’s Italian, My Father’s Jewish & I’m Still in Therapy, for three performances, January 25 and 26, 2022. Patti LuPone (Don’t Monkey with Broadway) and Kristin Chenoweth (For the Girls) will take to the McCallum stage on January 18, 2022 and February 18 & 19, respectively. Two other leading ladies of Broadway and television, Vanessa Williams and Linda Eder, will perform on January 22, 2022, and March 18, 2022, respectively. Several songstresses are also part of the line-up, including LeAnn Rimes (January 8, 2022); the McCallum debut of Rosanne Cash, along with her husband John Leventhal (February 17, 2022); the deliciously playful Storm Large, with her band Le Bonheur (February 21, 2022); Jackie Evancho (March 4, 2022); and the legendary Judy Collins (March 11, 2022).

Major tribute shows including, two first timers at the Theatre and two blockbuster favorites, will make an appearance. Presented through the generosity of the City of Rancho Mirage, Ray on My Mind is a concert/theatre piece that brings the story of the great Ray Charles to vivid life on January 20, 2022. McCallum royalty are honored in A Tribute to Steve Lawrence & Eydie Gormé, a loving look at two legends who considered the McCallum their home away from home on January 21, 2022. The Highwaymen LIVE, a musical tribute to Willie Nelson, Johnny Cash and Waylon Jennings, will perform on February 2, 2022. One Night of Queen brings back Gary Mullen & The Works (March 1, 2022) in a spectacular live concert recreating the look, sound, pomp and showmanship of arguably the greatest rock band of all time. 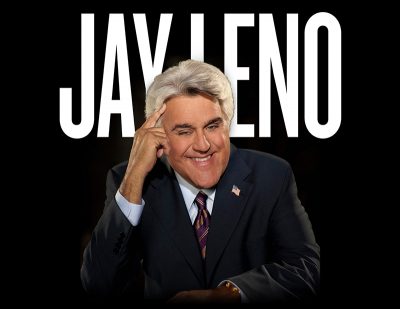 The fun gets underway on January 7, 2022 with Jeanne Robertson, a YouTube sensation whose videos include “Don’t Bungee Jump Naked”and “Don’t Send a Man to the Grocery Store.” Former Tonight Show host Jay Leno brings his unique charm, comedy and charisma back to the McCallum for two shows on February 20, 2022.

The successful National Geographic LIVE series returns for another season in 2021-2022 with a fourth program added to the roster. This engaging series brings to the McCallum thought-provoking presentations by today’s leading explorers, scientists and photographers. The new season includes: Secret Lives of Bears, featuring Carnivore Ecologist Rae Wynn-Grant who works in the expansive American Prairie Reserve to protect and restore iconic wildlife populations (January 24, 2022); A View from Above, with former International Space Station Commander Terry Virts, who took hours of video and hundreds of thousands of still images from the station’s 360-degree viewing module (February 28, 2022); Nature Roars Back, with wildlife filmmaker Bob Poole, who documents the rebirth of a lost Eden: Mozambique’s Gorongosa National Park (March 14, 2022); and Skiing the Dream Line, with mountaineer Hilaree Nelson, National Geographic’s 2018 Adventurer of the Year, one of the first people to complete the epic descent of the “Dream Line,” considered to be one of the boldest ski runs of all time (April 4, 2022). 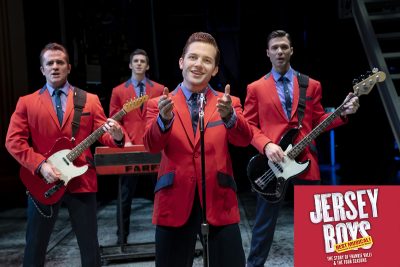 Jeffrey Siegel’s Keyboard Conversations® returns with two programs including: Celebrating Beethoven (February 7, 2022) and The Glorious Music of Chopin (March 7, 2022). Additionally, McCallum favorite Hershey Felder will bring his one-man show, Monsieur Chopin, to the McCallum for two performances on February 15 and 16, 2022. The new year brings an Intimate evening with David Foster HITMAN TOUR back to the McCallum for three performances (January 14 & 15, 2022). For pure, joyful nostalgia, nothing beats The Lettermen performance on January 16, 2022, made possible through the generosity of The City of Rancho Mirage.

For the first time since 2013, the world-renowned Jazz at Lincoln Center with Wynton Marsalis returns to the McCallum on January 23, 2022. McCallum perennials Steve Tyrell and Chris Botti will return on February 24 and April 9, respectively. The latest edition of Palm Springs Legends (January 27, 2022) will feature some of the best tribute artists honoring the Desert’s most famous stars including Bob Hope, Frank Sinatra, Dean Martin, Keely Smith, Jack Benny, Elvis Presley, and more. Closing out January is the long-awaited return of Les Ballets Trockadero de Monte Carlo (January 31, 2022). Audiences across the globe have been entranced by the troupe’s technical mastery.

In February, The TEN Tenors come to Palm Desert just in time for Valentine’s Day with a show featuring their greatest hits from the past 25 years for seven performances beginning from February 9-14, 2022. Massive international success, Straight No Chaser, visits the McCallum on February 23, 2022. One other a cappella group hits the McCallum stage on March 10, 2022 when Voctave, an eleven-member group hailing from Central Florida, brings their extraordinary harmonies to the desert.

Early March also brings the return of opera to the McCallum Theatre as Teatro Lirico d’ Europa brings its celebrated production of The Barber of Seville to the desert on March 3, 2022). The legendary Marilyn McCoo & Billy Davis, Jr. bring their Up, Up & Away show to the McCallum on March 5, 2022.

Get Happy: Michael Feinstein Celebrates the Judy Garland Centennial comes to town in a memorable pairing of one exceptional artist sharing the legacy of another on March 12, 2022. Remaining performances in March include the smoldering international dance sensation, Luis Bravo’s Forever Tango (March 13, 2022); one of the most innovative vocal groups of all time, The Manhattan Transfer, celebrating their 50th anniversary (March 19, 2022); the 64th edition of It’s Magic!, presented through the generosity of the City of Rancho Mirage (March 20, 2022); and a McCallum sellout in 2019, Ukulele Orchestra of Great Britain, returns (March 21, 2022).

Neil Berg’s 102 Years of Broadway (March 22 and 23, 2022) and Neil Berg’s 50 Years of Rock-N-Roll, Part 2 (March 23 and 24, 2022) are also scheduled. McCallum favorites Pink Martini with singers China Forbes and Storm Large return with five performances from March 25-28, 2022. Meow Meow makes her triumphant diva return to the McCallum on April 5, 2022 with her show, Pandemonium, an evening of pure chaos, with crowd surfing, exquisite music, and much mayhem.

“Performing arts have been important since the dawn of time. They entertain, inform, enrich, and create lasting memories. During the pandemic, the McCallum put together a ‘Ghostlight Series,’ which were virtual episodes with performances by many of the artists who have been at the Theatre and will be again next season. They received over 13,000 views on YouTube and we got so many words of gratitude from people for bringing the performing arts into their homes,” explained Norman.

A number of the artists in the 2021-2022 season appeared in the McCallum’s free virtual Ghostlight Series during the pandemic, each sharing a personal message to McCallum audiences expressing their delight to return to a place where they feel so warmly welcomed by ticket buyers and the McCallum staff. 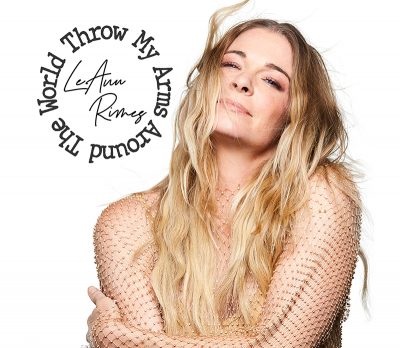 “We hope people will return and feel comfortable and safe. We believe that by December, most will be vaccinated but we are committed to doing everything we can to create a safe, clean environment. We are updating our air filtration systems, adding touchless technology and working with our friends at Eisenhower Health on up-to-the-minute safety protocols. Whatever is required by the county, state, and CDC, we will be doing,” stated Norman.

Show tickets are available by phone or online at www.McCallumTheatre.com beginning on May 13 at 6 p.m. The only way to purchase tickets is through the Theatre’s official website. There are no walk-up orders. The Box Office located at the McCallum Theatre is open solely for ticket information and order support.

“This community has been extraordinarily generous and continues to support the theatre philanthropically in a major way. We were able to do virtual arts education in classrooms across the Valley and serve thousands of youngsters. That would not have been possible without the generosity of our neighbors in the Coachella Valley,” said Norman.