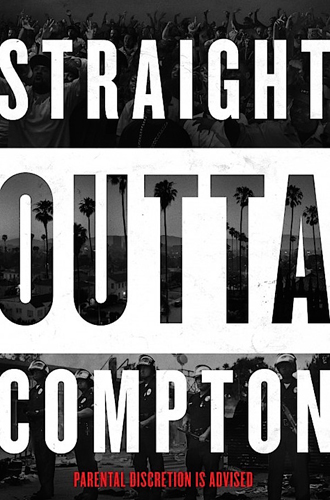 Director F. Gary Gray’s NWA biopic is old-fashioned story telling disguised as a dangerous, contemporary urban drama with music.  No, it’s not a musical, but it does advocates a street-smart brio with classic underdog empathy. A sophisticated visceral energy permeates the film. In some places it’s a celebration of the power and beauty of pure cinema. What’s not to like?

The solid cast gives urgency and a welcome charismatic presence to this lively, edgy and hyper-relevant story that does not shrink from vivid recreations of a militarized police presence that – based on recent events — we recognize as all too true.

I’m not a big fan of gangster rap, but am sympathetic to many of the emotions and issues embedded in the music — and culture. 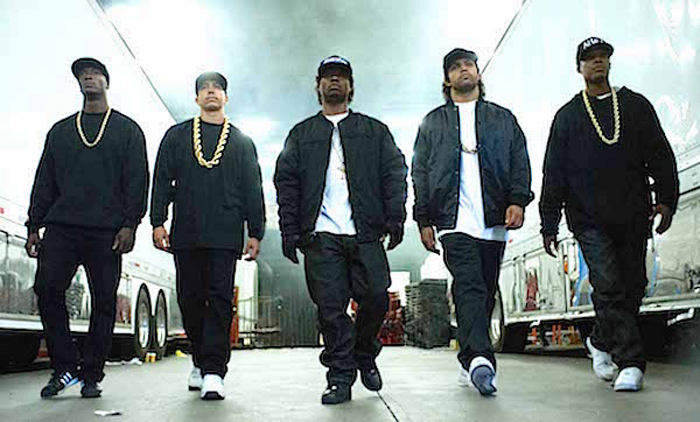 Around 30 years ago (yes, it’s been that long), the streets of Compton suddenly became notorious around the world thanks to five young men of the ‘hood, urban poets really, who gave voice to their experience – especially regarding their victimization by police. Their group, N.W.A. ignited a cultural war. But it was their music that was literally revolutionary on many levels beyond pop culture. They rode the rollercoaster of fame as they crudely, bluntly, articulated their brutal experiences and expressed their fierce anger.

This compelling and powerful film is not merely a vivid chronicle of the birth of a rap group, but that of an entirely new music genre.

I got a kick out of the wide publicity generated by the “news” that police were providing “security” at theaters. Nice touch by a brilliant studio publicist, but the reality is this film does not flame anger: it instead offers a sympathetic perspective on greater human issues that cross racial boundaries. Recommended. 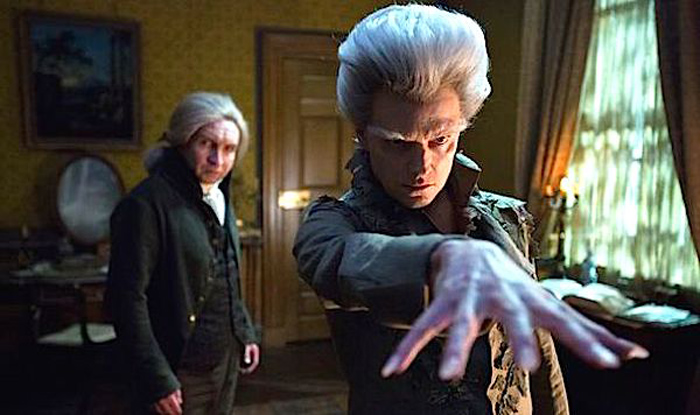 Susanna Clarke’s 2004 brilliant bestselling first novel as adapted by Peter Harness for BBC One is a beautifully crafted and engaging fantasy that does justice to the well-regarded novel. The core story begins around 1806 during the Napoleonic Wars. It centers on two rival 19th century magicians who live in a recognizable — but alternate – history. It’s not long before mentor and apprentice become rivals. The strong visuals and effects seduce the viewer into an impressively dangerous world of Dickensian drama with more than just a supernatural veneer — the implications of which are staggering. At issue is what happens when English magic is revived after a 300-year absence? And of course, who controls it? 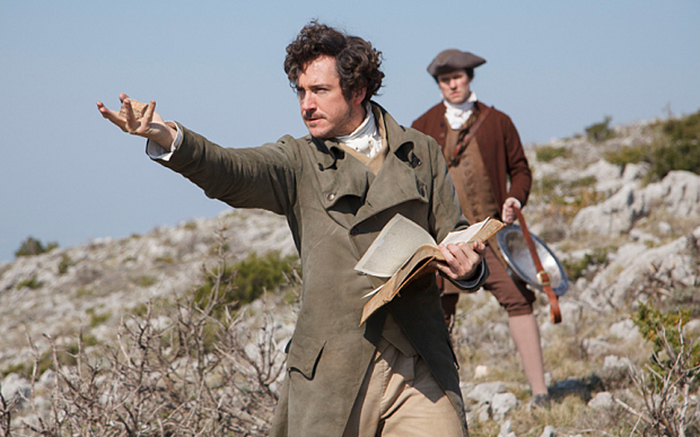 The two leads — Eddie Marsan is the, gloomy reclusive traditionalist Norrell and Bertie Carvel is the daring progressive Strange – are just about perfect. Out of necessity, much has been cut from Clarke’s complex 846 page epic adventure. But Marsan and Carvel carry the drama splendidly in this seven-hour adaptation. This is the best mini-series I’ve seen on a long time. It’s Harry Potter for grown ups. Enjoy this perfect binge-watching treat during these blistering days of summer. Watchable extras include surprising deleted scenes. BBC Home Entertainment.  Blu-ray. 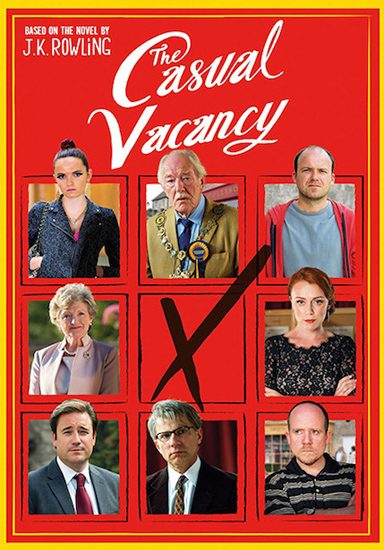 Author Jo Rowling is rich and famous.  She has nothing to prove, yet she continues to write stories that she apparently cannot keep inside. Her first adult novel has been nicely adapted for a three part HBO series. It’s set in the picture perfect sunlit English village of Pagford – a place that conceals a shadowy soul. The wonderful ensemble cast inhabits the deceptive, controlling lives of key villagers after an unexpected councilman’s death leaves a “casual vacancy.” At issue is whether or not a rich local couple can turn Sweetlove House into a ritzy spa, thus eliminating it as a school and methadone clinic. We have the delicious pleasure of watching the power plays as questionable candidates fight for the empty seat as the village’s moral compass spins out of control.

I thought of Thomas Hardy more than once as the dark, sometimes comic drama unfolded. (I wondered if this is what an episode of “Midsomer Murders” would’ve been like had Hardy written it.) I loved the unscrupulous but sweet-faced villains. Make no mistake, there’s unmitigated greed and real evil in Pagford — and it is universal. 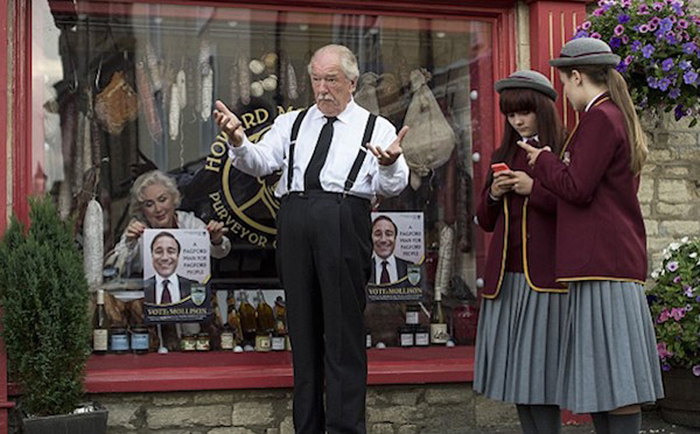 Some fans of the book were disappointed at the “revised” ending of the TV adaptation. But author Rowling said she “cried her eyes out” and praised the slightly happier ending and the production team that created it. Recommended. HBO/Warner Bros.  Blu-ray.