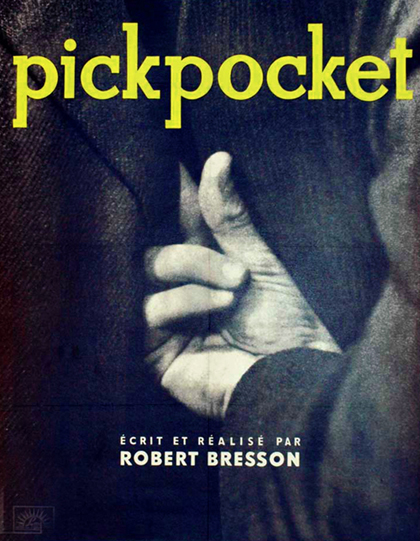 The first time I saw French director Robert Bresson’s PICKPOCKET (1959), I thought it was oddly amateurish and strangely stilted – but I was hypnotized by the precisely controlled, cool, black and white images and nearly expressionless actors as they processed a morality fable about, well, what exactly?

Clearly “inspired” by Dostoevsky, Bresson’s austere tone poem is about more than crime and redemption as we witness, in a tight 75 minutes, the highly choreographed slight-of-hand artistry of pickpocket Michel (Martin LaSalle) who seems to be a man devoid of ordinary, human feelings. He chooses to not visit his ailing mother and shows scant interest in Jeanne (Marika Green), a young, classically beautifully neighbor in his mom’s building. 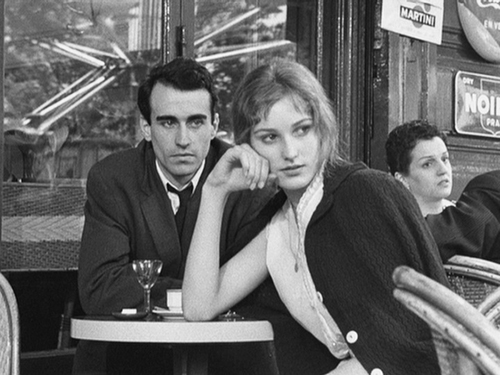 Is Bresson, who has been touted as a spiritual filmmaker, merely documenting a few days in the life of a sociopath, as some have suggested? Or is it rather about the hope of redemption when one surrenders to love, or what seems like it, after a meandering, meaningless path? No matter what the intentional theme, the film remains wrapped in mysterious layers that are further obscured by the flouting of traditional film structure and language. And that makes Bresson a genius and an artist. The movie lives long in the memory because of its haunting ambiguity and severe power. Generous extras include an audio commentary, an introduction by director Paul Schrader, footage of slight-of-hand artist Kassagi (he’s in the movie) and more including contemporary conversations wit the two then non-actor leads, Martin LaSalle and Marika Green. In French with English subtitles. Criterion. Blu-ray 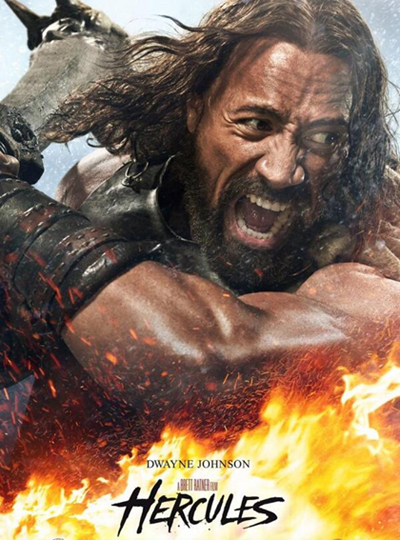 ON THE BIG SCREEN:

HERCULES
In a case of perfect casting, Paramount Pictures and Metro-Goldwyn-Mayer Pictures’ film stars Dwayne Johnson as the legendary hero — but with a lot of twists. Adapted from Radical Comics’ “Hercules” by Steve Moore, this over the top and great looking action film delivers the promise and premise of the poster. That alone is a rare thing, is it not? Suffice it to say, if you were disappointed with this year’s earlier, lower budget HERCULES and still feel a craving for a robust, violent, muscular actioner of mythic proportions, you will not be disappointed in Brett Ratner’s full-throttle reboot. The fine ensemble cast of this revisionist look at a favorite global myth includes Ian McShane, Rufus Sewell, Joseph Fiennes, Peter Mullan and John Hurt. In 2D and 3D. Opens Friday with early Thursday previews at Cinemas Palme d’Or (where you can have a brew at any showing in any theater). 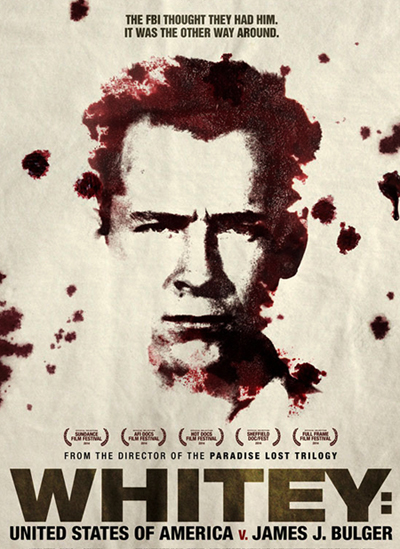 WHITEY
If you’ve followed this incredible case since James Joseph “Whitey” Bulger, Jr.’s arrest on June 22, 2011 near his Santa Monica apartment with a trove of guns and money hidden in the walls of his unit, you must know how huge and complex it is. Joe Berlinger’s utterly fascinating documentary about this very bad and most wanted of men who remained “at large” for 16 years, covers a lot of territory but leaves a lot unsaid. Structured around his trial, we learn a about Bulger and his cold-blooded murderous gangster life in Boston, but what is most fascinating – and repellant – is the astonishing government corruption. I hope Berlinger puts a lot of extras on the home video version. Now playing. 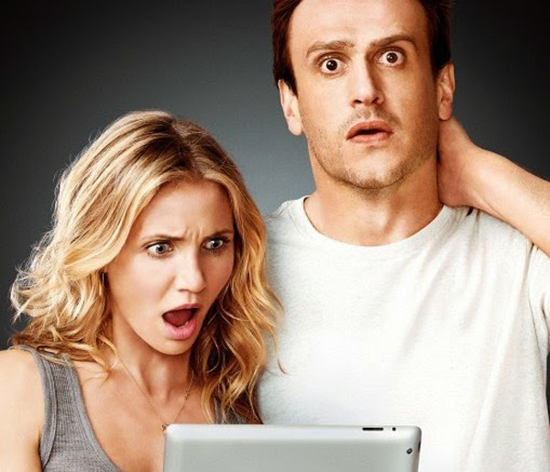 SEX TAPE
There was a lot of faux buzz around this title and the excellent attention getting poster. However, the actual execution of this naughty premise leaves a much to be desired as far as laughs are concerned. The audience I saw it with was mostly silent. There were a few forced guffaws here and there, but they seemed generous if not obligatory as the increasingly desperate but rarely funny shenanigans unfold.

Jason Segel and Cameron Diaz play a couple married for ten years. They have two kids, are still in love, but the physical passion they once had is dormant. So they decide to make a sex video on an iPad using all the position in the book “Joy of Sex” to rekindle their lust. Unfortunately, their three-hour video is inadvertently uploaded to the cloud and thus the predictable mad scramble to retrieve the gifted iPads that share the cloud link. I liked director Jake Kadan’s BAD TEACHER with Segal and Diaz – they have a goofy chemistry. This one strives, a tad too hard. Now playing. 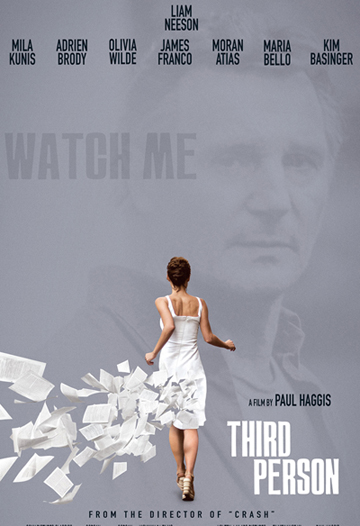 THIRD PERSON
Paul Haggis is a smart writer-director who has gave us the unsettling and compelling CRASH (2004), which won a Best Picture Oscar©. Now, working with another top-notch cast and an intriguing premise, he tells – or attempts to tell –three interlocking but divergent stories rooted in love and betrayal that unfold in Rome, Paris and New York. This film is a puzzle. Is it really about three facets of a single psyche, as some critics have asked? Or is it about the complexity of modern love and guilt? Sensitive “truths” are exposed. And there’s a lot of specific clarity in the cause and effect factors that trigger the rather predictable twists. But there is also just enough vagueness to keep you thinking after final fade out. Haggis has crafted a surprisingly emotional art film that may be about Haggis himself who appears worried that his future films (including this one) may not live up to the acclaim of CRASH. Unusual in its structure and telling, the film demands close attention. Haggis, who has publicly battled Scientology after denouncing it, bravely opens himself to an examination that is either brilliant — or simply narcissistic. I liked the movie’s ambition and execution. Now playing.