OLD MAN ON THE MOVE 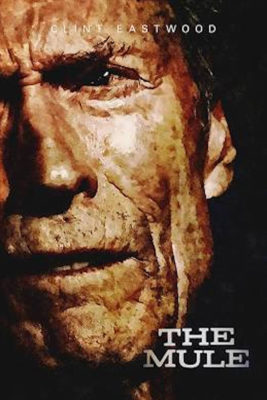 It’s not much of a stretch for octogenarian actor Clint Eastwood to play 90.  But what is amazing is that he still has the energy and wits to also direct himself in this less-than-perfect but still engaging tale.

Based in part on the real life Leo Sharp, who was sentenced at age 90for transporting more than a half ton of dope during his decade long career.

Eastwood plays Earl Stone, a man in his 80s who is broke, alone — he has no family connections  — and facing foreclosure on his business when he is offered and accepts a job that simply requires him to drive.  “You mean they pay you to just drive?”  Which he already does, growing, selling and delivering daylilies.  But unbeknownst to him he has just become a drug courier for a Mexican drug cartel.

He’s a really good driver, so good in fact, that his illicit cargo is greatly increased regularly over time and Earl is assigned a “handler.”  But he’s not the only one watching Earl.  He’s come under the radar of hard-boiled DEA agent Colin Bates.  Soon enough, Earl’s money problems vanish, but old wrongs plague him.  He wants to right those wrongs before the law or the drug cartel’s enforcers get him.  And time is quickly running out for this old man who wants to face his failings.

Eastwood’s Stone may be one-dimensional character, but he makes him likable and we care for him although he is not truly heroic in the classic Eastwood mold.  The movie’s message is that families matter.

This finally poignant film from a master filmmaker and movie icon is all the more remarkable as evidence of what an older artist is capable.  For that alone it deserves to be seen and supported if for no other reason than to encourage Eastwood to continue on his story-telling path during the time he has left.

A wise professor once said, “next to sustenance, humans crave story above all else.  Narrative is how we define and understand what it means to be human.” Let this not be Eastwood’s final story. 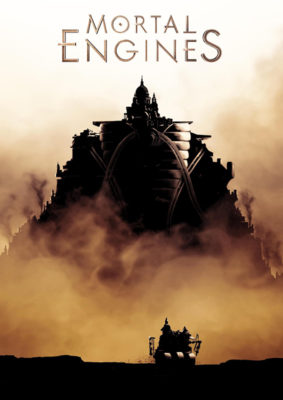 The main — no, only — reason to see this film is to experience a jaw-dropping world we have never before seen on the big screen.  After all, isn’t that one of the reasons we go to movies?

Mortal Engines is a post-apocalyptic epic adapted from a series of YA novels by British author Phillip Reed.  It’s set in a future where mechanized steam-punk cities forage the world in search of resources.

The story takes place centuries after civilization has been destroyed by a cataclysmic event.  Hester Shaw (Hera Hilmar), a mysterious feral young woman, emerges as the only one who can stop London, now a giant predator city on wheels, from devouring everything in its path.  Fiercely driven by strong maternal memories, Hester joins forces with Tom Natsworthy (Robert Sheehan), an outcast from London, along with Anna Fang (Jihae), a dangerous outlaw with a bounty on her head.  Hugo Weaving, the only recognizable actor, plays Thaddeus Valentine, the principle genius of London.

The lush and detailed special effects dominate film, but sadly, there’s a weak narrative thread and not much emotional resonance to connect us to the lead characters, their relationships, concerns and goals.  Too bad, because this film is state-of-the-art in all departments but story.

Christian Rivers, Peter Jackson’s protégé was still a teen when he first contacted Jackson almost 30 years ago, sending him sample story-board and concept art.  The friendship and creative association finally paid off for Rivers with his directorial debut on this big budget ($100 million plus) epic.

Sometimes a flawed project is worth considering because of its lofty ambition and its ground-breaking artistry.  This is one. 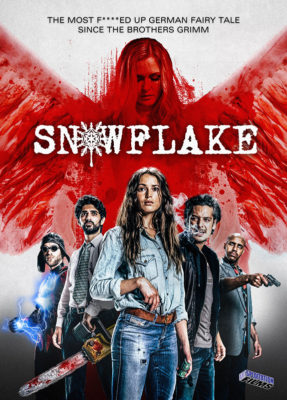 Hunting down the murderer of their families in an anarchic Berlin of the near future,

the outlaws Tan and Javid find themselves ensnarled in a wicked fairytale of a mysterious screenplay that plunges them in a vicious cycle of revenge all written by a clueless dentist, (yes, it’s that weird).  In their quest for justice, the two must contend with a myriad of crazy assassins, madmen, a blood-soaked angel and an electric powered superhero.  Daily Grindhouse said: “a dizzying, hilarious film that combines post-Tarantino action/crime drama and Charlie Kaufman’s metafictional surrealism with exhilarating results.” 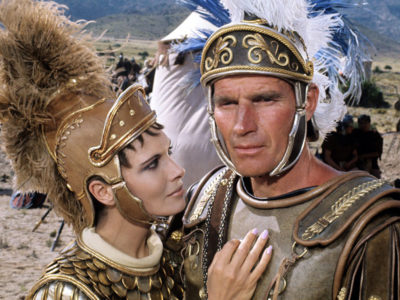 After the murder of her lover Caesar, Egypt’s queen Cleopatra (Hildegard Neil) needs a new ally.  She seduces his successor Marc Anthony.  This develops into real love and slowly leads to a war with the other possible successor – Octavious.

This robust adaptation of William Shakespeare’s play has unexpected grand battle scenes shot in Spain on land and sea.  Eric porter is terrific as Enobarbus.  The supporting cast in addition to Hildegard Neil features a panoply of great character actors including Fernando Rey, Freddie Jones and Julien Glover among them.  The evocative score – available on an isolated track – is from the singular John Scott.  This limited edition title (only 3,000 units) is premiering on hi-def.  Twilight Time Movies.  Recommended.