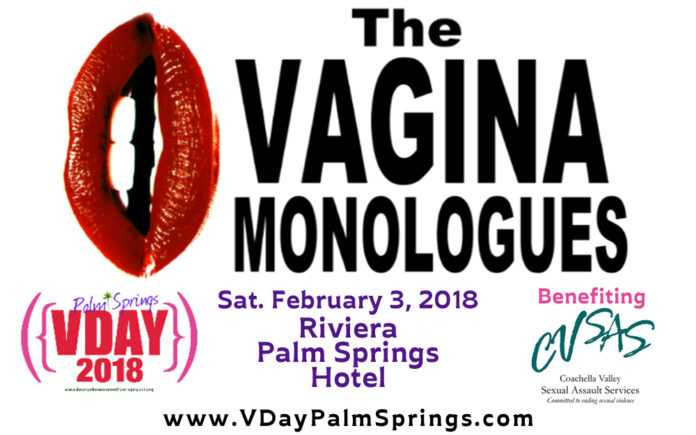 According to the National Crime Victimization Survey, more than 600 women every day are raped or sexually assaulted in the United States.

More than 1 in 4 women have experienced some type of public sexual harassment.

A new ABC -Washington Poll shows why the #Metoo campaign resonated with so many women: sexual harassment, especially in the workplace, is a full-blown epidemic. The poll found that more than half of all American women—54%—have experienced “unwanted and inappropriate sexual advances” at some point in their lives.

And so in light of all that we are learning, we search for ways to heal and address this social awareness.  It is long accepted that Art has the power to transform consciousness and inspire people to act.  In the year of the resistance and the #Metoo movement, it is no surprise that lasting social and cultural change is being spread by ordinary people doing extraordinary things. 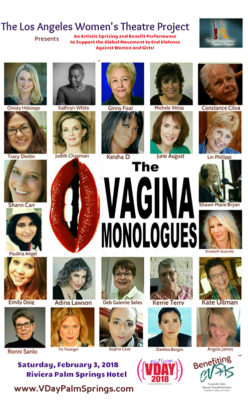 In response to this national movement, the Coachella Valley Community has joined in this global effort and will be offering a one night performance of Eve Ensler’s groundbreaking play, The Vagina Monologues, to benefit The Coachella Valley Sexual Assault Services, a vital organization here in the desert, that provides advocacy, support, counseling, emergency shelter, food, clothing and services to sexual assault and rape victims, individuals and family members. All At no cost. – (760- 568-9071.)

The Vagina Monologues, is being produced by The Los Angeles Women’s Theatre Project , (www.losangeleswomenstheatreproject.org) a 501c3 Nonprofit that was founded by Palm Springs residents, Dee Jae Cox and Michele Weiss. The Vagina Monologues will be presented on February 3, 2018 at the Riviera Hotel Palm Springs.  The show will feature local actors and residents from the community, who have joined together to present one of the most poignant, yet humorous presentations of conversations by and about women.

Twenty years after making its Off-Broadway debut, Playwright Eve Ensler’s critically hailed play, “The Vagina Monologues,” is still a call to action.  In 1998, Ensler, along with a group of activists, founded V-Day.  Their mission was to create a global movement to end violence against women and girls.  Every February around the world, productions of Ensler’s, Vagina Monologues are offered for production royalty free, so that communities all over the globe can raise funds for their individual local organizations that work to end violence against women and girls.

The New York Times called The Vagina Monologues, “probably the most important piece of political theater of the last decade.” The play – first performed Off-Broadway and in locations around the world by Ms. Ensler – dives into the mystery, humor, pain, power, wisdom, outrage and excitement of women’s experiences.  V-Day grew out of the play, which exploded onto the scene in 1998, breaking taboos about women’s sexuality and shattering silence around violence done to women and girls.

In 2018, staging a production of The Vagina Monologues is more than just a theatrical experience; it is an ARTISTIC UPRISING, a RADICAL act, an ACT OF RESISTANCE.  Join in the V-Day movement and support the work to end violence against women and girls beginning on a local level.  Buy a ticket or give a donation to benefit the Coachella Valley Sexual Assault services located in Palm Desert.

Tickets are $25.00. For more information or to purchase tickets please visit: www.VDayPalmSprings.com

The Vagina Monologues will be performed on February 3, 2018 at the Riviera Palm Springs located at 1600 N Indian Canyon Dr.  Palm Springs, CA 92262