Robbie Waldman is the guitar and voice of staunch desert rockers WAXY. It may appear that they have been out of frame for some time but they return to The Hood Bar & Pizza for a FREE show on Saturday, April 6th in full focus providing support to their rock and roll kin, Black Magic Flower Power. I reached out to Waldman to inquire about the noticed inactivity.

CVW: What has WAXY been up to? 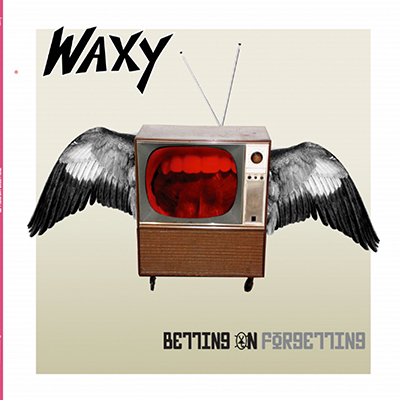 Waldman: “Where should we begin? Well, we finished a new record, it’s called Betting On Forgetting. We are all very proud of it. It was a long project, too long. In the end though, we feel it’s a worthy group of songs. We’ve also started ANOTHER record, which will hopefully be recorded by the end of the year. I’m just trying to find a place to do it. Many new songs and fresh grooves have been written. The hardest part is just putting everything else aside to focus on it. At our age, everything has to be scheduled, not like when we were kids! I’m also working on a string of shows in Europe for October of 2019. Very excited about that! WAXY hasn’t been on the road in years, regretfully. WAXY will also go to Toronto in November and be a part of Indie Week Music Festival. Cherish Stevenson, who grew up in the desert, has an amazing venue called, Cherry Cola’s Rock ‘n’ Rolla Cabaret & Lounge, and she always lets us play. Cherish is amazing! A one in a million type of a person.”

CVW: What’s your history with the guys in Black Magic Flower Power? 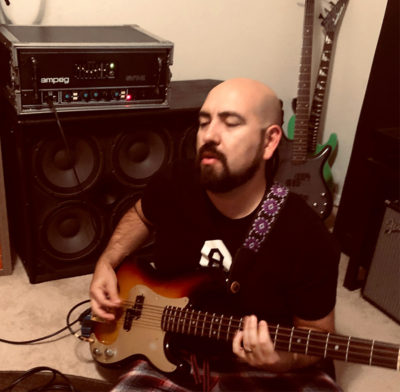 Waldman: “To know the Black Magic crew is to love them! I’ve been friends with the band for 7 or 8 years now. When Brandon Henderson, who is a bad-ass, was booking at The Hood Bar & Pizza he called me one night and said, ‘You’ve got to get down here. There is this rad band playing the biggest kick drum I’ve ever seen!’ Now if you’ve known me for a while you know I have a love affair with large kick drums. The bigger the better…sort of. Anyway, that was enough to lure me in, we’ve been friends ever since. Dustin, who sings and plays guitar, is a righteous dude and a straight-shooter. I really respect that. I respect all the guys, Dean on drums, Keith on keys, Ryan on guitar also and Aaron on bass with Kelsie P keeping the peace and keeping everything going. That band is a family. I envy that! That’s always been my fantasy in making music but for better or worse that has not been the path for WAXY.”

CVW: What do you mean by that?  What has been WAXY’s path?

Waldman: “WAXY has been playing music and making records since 2006/2007. We’ve done some cool things over the years but never caught that wave. What I mean by that is a working band makes a record once a year/18 months…tours that record…plays festivals…does interesting side projects, and before you know it, that’s your life. It’s that transition from a hobby to ‘this is how I earn a living’. That dream is still alive in me but certainly not a reality. When you don’t have enough action people come and go. As a result WAXY has had many band member changes through the years. With that said, playing with Jeff Bowman has been a dream. Jeff plays with many bands but still finds the time to bang the skins in WAXY. Not only is he a world-class drummer but he’s also a wonderful human being and a friend. I’m very fortunate to play music with him. In that spirit of change, Robert Bowman will be playing with us. He is a welcome addition to the band. Robert is going to be playing bass for a while. He’s a perfect fit and it’s been really fun being creative with him. Super cool!”