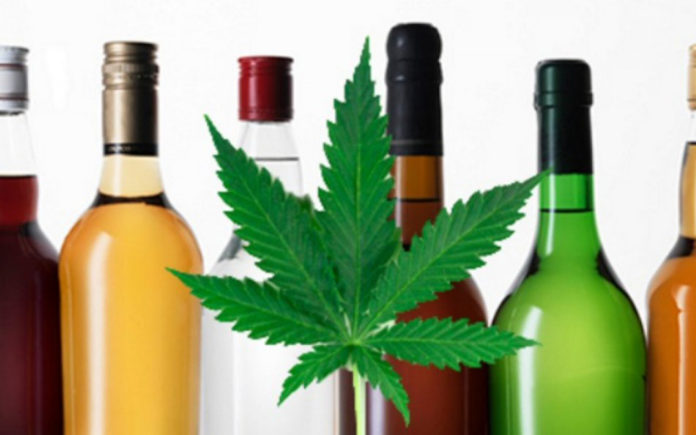 Although one can say that marijuana infused wine is one of the latest trends in the vino world, we know that the Chinese, two thousand years ago, used wine fortified with cannabis resin to reduce pain during surgery. And just a decade ago, a personal wine cellar in Israel was uncovered, dating back to 1700 B.C., and found it once held more than 500 gallons of wine infused with cinnamon, honey, mint and … psychotropic resins.

Throughout the course of history, we humans have enjoyed the company of cannabis, taking advantage of its different uses, medicinal, spiritual and recreational. Due to the powers that be, politically and economically, the medicinal use of the plant is a resource that has not been completely developed. These days, through sanity and progressive science, cannabis is recovering an important position as medicinal plant, taking full advantage of its therapeutic properties.

As you will no doubt glean from the interesting articles in this issue, CBD is a cannabinoid that comes from cannabis sativa L. plant. The discovery of these cannabinoids, together with the knowledge about their interaction with the human body, has resulted in a new medicinal approach. The use of CBD has proved to be effective with different pathologies, reducing symptoms and improving users’ quality of life.

While many states have laws on the books that prohibit mixing legal marijuana with alcohol or other drugs for sale, as far as I can tell, California has no such law—but things can be complicated; anyway, winemakers of all sorts are not only operating in a weird gray market at the moment, they’re also putting a lot of product on the marketplace.

Scientific and medical studies have been very positive and have found cannabis wine to be effective as a stress reliever, as a mood elevator, and as a medicine. The combination of wine with non-psychoactive cannabinoids like CBD, allows one to experience good savor, aroma, and taste while enjoying therapeutic qualities.

On the other hand, the director of NYU’s Addiction Psychiatry Fellowship, Dr. Stephen Ross is skeptical about the wine having any therapeutic benefits. His comments, however, seem to be directed to cancer patients particularly. Ross comments, “Alcohol is carcinogenic and highly toxic. Mixing cannabis with alcohol is not a good idea from a perspective of wanting to introduce cannabis as medicine.” (As to that last point, it seems that Dr. Ross is equating the amount of alcohol in wine to that of a bottle of vodka!—who wants to consume all that?) 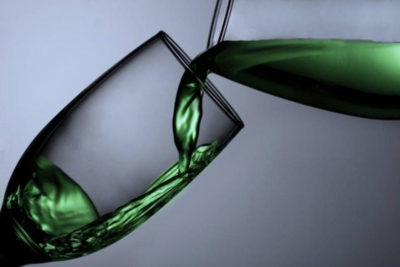 We Californians actually have a colorful “weed-wine lore” that dates back to the late 70s and early 80s. It was a time when so many young wine makers were out and about in the new burgeoning wine regions from Santa Barbara up to Sonoma, experimenting with uncultivated soils and nontraditional vines. People were fermenting grapes and smoking a lot of weed. As the fine art of wine making improved through those years, marijuana infused wine surely had its participants.

I, personally, have not had the pleasure yet to enjoy a mary jane wine. For this article, I called up to my northern Cal vino brethren and asked about their experience. It just so happened that over the last weekend, they had just tried a new batch of cannabis enriched Syrah and Grenache wine.

As most of us know, these types of varietals—especially the Syrah, are quite bold and fruity on the palate. I was told however that the cannabis aromas definitely take over the setting. Those who had never had the cannabis concoction were at first a bit startled at the flavor, but they all warmed up to it quickly. They simply enjoyed a small glass of wine with some appetizers, found that they could, after a few sips, distinguish the Syrah from the Grenache and waited a while or so to gauge the effects.

The “buzz,” so to speak, was subtle, but quite apparent and very pleasantly soothing to body and mind. Everything was mellow and sooner or later under the easy heat of the late afternoon most went on to enjoy a nice nap. A two to three ounce pour is generally sufficient for what ails you.

Currently, the prices for a half-bottle of cannabis wine go for around $120.

The winemaking process is pretty straight forward. As soon as the grapes are crushed, the juice and a measured amount of dried cured cannabis buds are stored into barrels from six months for whites and up to two years for red wine. Since the cannabis is never heated, a “cold extraction” takes place during fermentation, meaning the marijuana plant’s unique compounds are transferred into the wine in an acidic form that’s far less psychoactive than the compounds found in marijuana smoke and edibles. But stay tuned! It’s a whole new world when working with different cannabis strains while matching with different vino varietals.

Musician, artist and activist, Melissa Etheridge says she smoked medical marijuana daily during the chemo treatments that followed her 2004 breast-cancer diagnosis. “It opened my mind to a new way of thinking about my body, my health and the future,” said the singer-songwriter. “Once I considered it medicine, I became much more interested and have taken it into my lifestyle to keep stress down and keep my GI system level.” Within a few years, in partnership with the owners of Greenway Compassionate Relief, a medical marijuana dispensary in Santa Cruz, California, Etheridge was cultivating a line of “cannabis-infused fine wines.”

Etheridge is clear about her mission to help reduce the social stigma associated with marijuana. She wants to galvanize social change and make people more comfortable consuming cannabis products. Clearly the move is firmly afoot, especially with so many winemakers now joining in on the craze. Cheers!