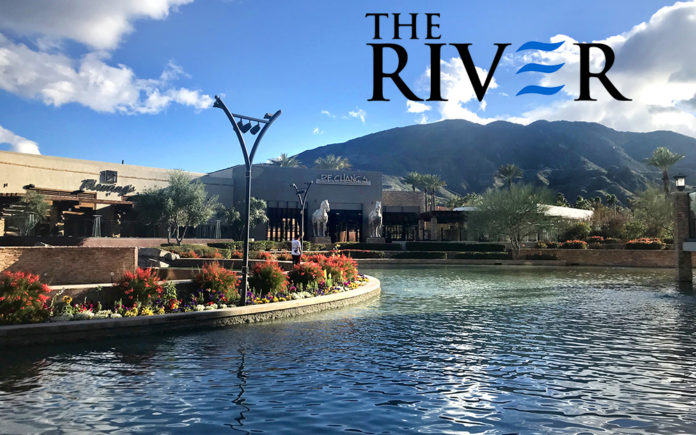 The River shopping center in Rancho Mirage has had its fair share of changes over the years since its opening in 2002. It has now been confirmed that the outdoor mall has been listed for sale and that a number of its current businesses could be leaving—the latest being Starbucks, which closed its doors permanently on March 24. There is no asking price as of yet for the 27-acre shopping center, and representatives of the River could not be reached for further comment. 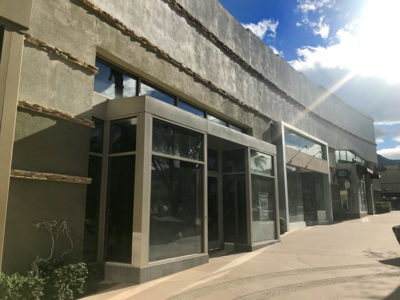 When walking around the property, it is evident to see that several of its suites and storefronts remain empty—some having been that way for the course of a year. There are at least six unoccupied retail spaces with only 10 major tenants represented at the River. Some of the mainstays of the shopping center include Cinemark Century Theatres, Cheesecake Factory, The Yard House, Aqua California Bistro, Flemings Steakhouse, PF Changs, Forever 21, Bath & Body Works, and Babe’s Bar-B-Que & Brewhouse.

The River sale listing posted by the real estate firm SRS Real Estate Partners have expressed that this is an opportunity for the outdoor mall to expand and seek tenants that could better fill the property and serve the desert community.

Ownership of the River has been ever-changing, starting with developer J.H. Snyder who built the property on land assembled by Rancho Mirage’s former redevelopment agency. The shopping center was then sold to Grosvenor Group in 2005. Almost a decade later, the River was sold for $64 million in 2014 to Cheer Land The River LP, the second-largest property taxpayer in Rancho Mirage.

Budding businesses have not much luck keeping their residence at the River in recent years. Jadabug’s Kids Boutique, Midici Pizza, Baja Fresh, and Coachella Winery are among the departed tenants, with Starbucks now joining that seemingly growing list.

These closures do not come as a shock to some local residents, who have noticed the vacancies of the shopping center that has seen better days. This decline has been attributed to the close proximity to the Westfield shopping mall in Palm Desert and the difficult parking arrangements at the River.

“I do enjoy walking around and meeting [at the River] for business or checking out a movie at the Cinemark Theater, but I rarely ever shop there. Having chain companies in a mall will definitely get consumers to show up and possibly pop in and shop here and there, but you can do that anywhere. The River does not have much to offer except for the occasional events held there, which are good efforts, but I feel are lost on their clientele who are mostly just snowbirds,” said Justin Holden, a resident of the Coachella Valley for nearly seven years.

Holden believes that if the River shifted its primary demographic to younger clientele and introduced more unique shops instead of chain businesses and restaurants, it would make the center more accessible for all ages to enjoy.

“[The River] needs arcades, more food options, better shops, better experiences, and to stop defaulting to the safe zone, which is catering to 55+ out-of-towners. I think it needs a complete re-skin from the inside out… I hope that the new owners can change all of this and make The River a booming flourishing place like in its heyday,” concluded Holden.

Others claim that shopping malls are not as relevant as they used to be with the increased popularity of online retail. Lifelong Coachella Valley resident Alex Callego agrees with the notion that more variety would be key in maintaining lasting stakeholders at the River.

“I’ve always said that malls are a dying breed. It’s a sign of the times… Many long-time mall retail chains just don’t bring in the foot traffic they used to thanks to online retail. If malls want to survive, they need to head towards making them more of a dining and entertainment destination focusing on unique cuisine and engaging activities driven by smaller businesses, along with shopping that targets the local community’s demographical needs and wants. This desert doesn’t need another chain. It needs unique brands that stand out in the market place,” stated Callego.

While it is still unclear what other changes will be made in the future once the River is under new ownership, the opportunity for reinvention could be a driving force in maintaining business at the shopping center. A poster placed on one of the abandoned storefronts promotes the Mirage Cigar Lounge slated to open on the premises sometime this year—perhaps foreshadowing what might be the first to come of many more attempts at trying to revive the River.