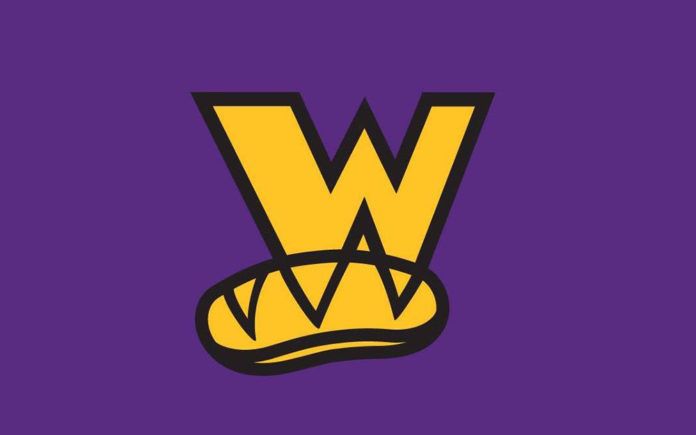 Palm Desert’s El Paseo Square shopping plaza has gained another casual and convenient restaurant, with the addition of Which Wich. The sandwich shop opened in May 2018, and is owned by native Coachella Valley brothers John and George Kasira. Which Wich is a franchise and the first of its kind in the desert.

Which Wich was founded in 2003 in Dallas, Texas by Jeff Sinelli, and is regarded as one of the fastest growing restaurant chains around (restaurantchains.net). The unique concept was geared towards the bag ordering system, where patrons would choose the bag associated with their chosen sandwich, use a provided sharpie to customize it with ingredients and preferences, then write their name on the bag. The concept was quickly absorbed by the public, resulting in the Which Wich having over 450 locations since its inception (includes U.S. and international).

Although the bag system is part of the concept of Which Wich, the chain is moving away from it and towards a more modern and efficient kiosk system. The brand new Palm Desert location is one of the stores that has implemented the kiosk….but you still get a bag.

On my visit to the shop, I was struck by the kiosk at first, and also to how clean it was. Some restaurants that have kiosks fail to do the simplest thing, as they forget to clean them and remove finger prints (a huge pet peeve of mine). However, this was not the case at Which Wich, their screens were spotless. I found the ordering system very easy to navigate. You simply follow the prompts, select your sandwich and other items that you want, put in your name, and phone number so that they can text you when your order is ready (optional), and then pay right there at the kiosk. If you’re on the iffy side about the system, not to worry, there are friendly human’s only steps away behind the counter to help you. 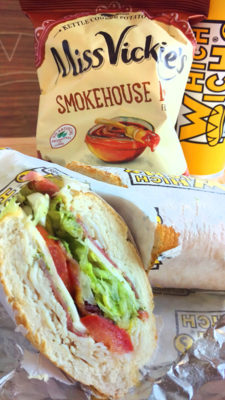 Something that I also noted was the presence of the Kasira brothers, who were on hand and assuring customer satisfaction. A very special touch! My pick at Which Wich was their Italian Club from their “Fan Fave” menu, a bag of Miss Vickey’s Smokehouse BBQ chips, and a drink. The sandwich came out quickly, and the girth of it gave me confidence in its structure. I took a seat in the bright dining area, and sprung the sandwich out of its bag to reveal itself. My estimation of its weight turned out to have merit, as the sandwich was loaded with delicious goodness that included thin sliced turkey breast, spicy capicola, smoked thick cut bacon, fresh pesto, lettuce and tomato on a toasted banquette. I really enjoyed the pesto element, which gave the sandwich an elevated flavor.

If you’re down to get eggy with it, try one of their popular “Eggwichs” such as their Brunchwich with rotisserie roast beef, lamb gyro slices, smoked thick bacon, American cheese, tomatoes, house made Harissa mayo, topped with a sunny side up egg on a toasted baguette. The restaurant has a kid friendly menu, as well as sweets such as shakes, cookies and little cakes. For added convenience, Which wich hungry patrons can order their selections online to save time.

With an efficient ordering system and excellent customer care, Which Wich is an easy pick to satisfy your craving for a scrumptious wich.