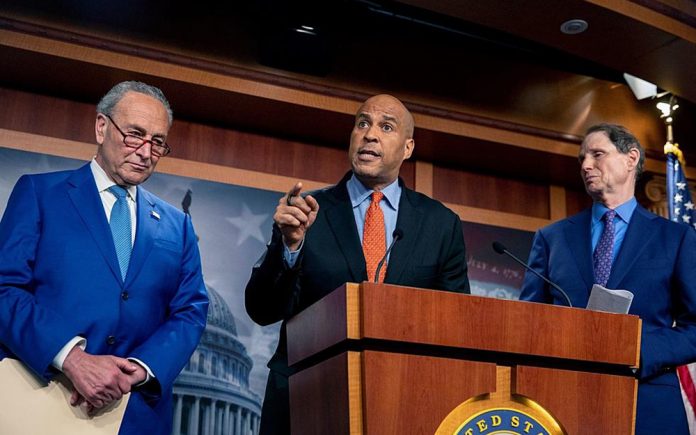 Since Nixon enacted the Schedule I system that linked cannabis with the more deadly drugs like heroin, ecstasy, and LSD, the federal government effectively established a government business for combating drug deaths that poured massive amounts of money earmarked for enforcement. These yearly reauthorization of monies mushroomed into the United States becoming the only country with the highest incarceration rate worldwide, but it is also home to the largest number of prisoners. Roughly 2.12 million people were incarcerated in the U.S. in 2020.

According to the ACLU report on The Tale of Two Countries, “more than six million arrests occurred between 2010 and 2018, and Black people are still more likely to be arrested for marijuana possession than white people in every state, including those that have legalized marijuana.” Black people were still nearly 4 times more likely than white people to get arrested for marijuana possession, despite similar usage rates.

Both the Democrat and Republican parties, when they had majority legislation, have failed to reverse the damage done to millions of citizens which led to the unnecessary incarceration of nonviolent convictions for simply the possession of marijuana. We all remember Alice Marie Johnson, who was incarcerated for life without parole for a nonviolent drug offense that was given a full pardon by President Trump. She heightened the exposure of the abominable practice of putting women in chains while in childbirth. For many years, pregnant inmates have been subjected to restraints as a security measure, despite the American College of Obstetricians and Gynecologists and others warning that using restraints can put the mother and baby at risk. While the Federal Bureau of Prisons changed its policy in 2008 to bar the use of restraints on pregnant women, the “First Step Act” codified that into law by President Trump.

Will the current proposal CANNABIS ADMINISTRATION AND OPPORTUNITY ACT by Sens. Booker, Wyden, and Schumer finally succeed? The bill automatically expunges federal non-violent marijuana crimes and allows an individual currently serving time in federal prison for non-violent marijuana crimes to petition a court for resentencing. The legislation also creates an “Opportunity Trust Fund” funded by federal cannabis tax revenue to reinvest in the communities most impacted by the failed War on Drugs, as well as helping to level the playing field for entrepreneurs of color who continue to face barriers of access to the industry. Importantly, the legislation also ends discrimination in federal public benefits for medical marijuana patients and adult use consumers

The CANNABIS ADMINISTRATION AND OPPORTUNITY ACT, treats cannabis like alcohol and allows states to determine their own cannabis laws, but federal prohibition will no longer be an obstacle. Regulatory responsibility will be moved from the U.S. Drug Enforcement Agency (DEA) to the Alcohol and Tobacco Tax and Trade Bureau (TTB), the Bureau of Alcohol Tobacco Firearms and Explosives (ATF), as well as the Food and Drug Administration (FDA) to protect public health.

A 2019 Gallop poll shows one in eight Americans choose to consume on a semi-regular basis, including nearly one in four veterans. We must end the practice of arresting over 500,000 Americans every year and denying countless others employment, housing, and other civic rights if we are truly to be the ‘Land of the Free’. Norml has a survey on their website requesting feedback on this law. Visit https://norml.org/act/what-do-you-think-about-the-schumer-booker-wyden-proposal/ and share.

Senators are also seeking feedback on the draft legislation through September 1, 2021. In an interview with the publication Politico in April, Sen. Schumer pledged that he would hold a floor vote on the bill “sooner or later” this term. The Senate has never held a floor vote on legislation pertaining to descheduling cannabis. Let us all not just talk about legalizing cannabis federally but ACT on our convictions. Send an email to Sen. Schumer and Senate Cannabis_Reform@finance.senate.gov. We need to crash the website of the Senate.