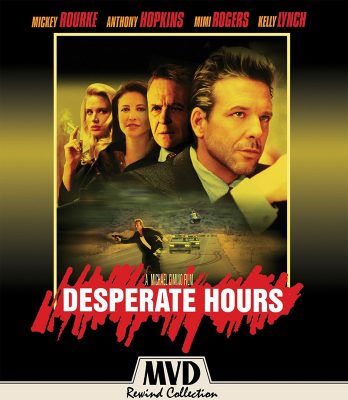 Michael Bosworth is looking for a place to vall home…  Just for a couple of hours.

This nail-biting action has slow spots and some confusing dialogue about the various relationships of the key players that may have teiggrred this frightening incident. 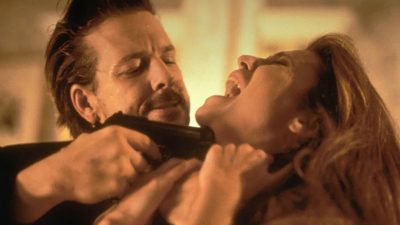 In need of a hideout, escaped convict Michael Bosworth (Tporke) uses his charming smile to gain entry into the posh home of Nora and Tim Cornell (Rogers andHopkins) and their chilfren.

While waiting for his beautiful Lawyer-turned-accomplice (Lynch) to arrival, Bosworth’s smile soon explodes into homicidal rage when the Cornells desperately try to fight back.  Holding the family at gunpoint and ruthlessly pitting husband against wife, Bosworth’s fury escalates into a shocking night of terror and cold-blooded murder.  Finally the family is forced to take a deadly stand that will either dstroy or unite tham as never before.  No substantial extras but there is a standard definition behind-the-scenes festurette.  MVS/visual.  Blu=ray. 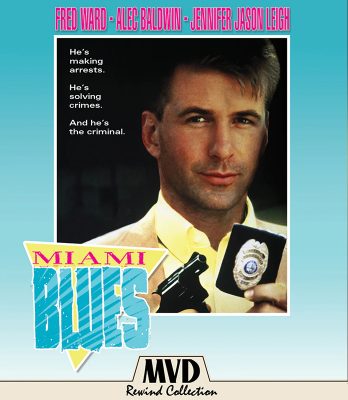 Junior Franger (Alec Baldwin) is trouble and Sgt. Hoke Mosely  (Fred Ward) knows it.  Junior smooth-talking, good-looking ex-con tiptoes on the borderline of psychotic behavior in this thriller-with-a-comic-edge.  Mosely is the detective hot on his trail after Junior kills a Hare Krishna, robs a pickpocket, and then steals Mosely’s badge, his gun and then his false teeth!

Junior’s running around the streets of Miami posing as a cop, assaulting people and making arrests! 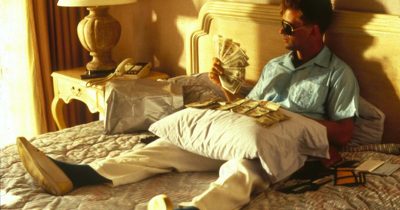 And even though he promises his live-in lover – an ex prostitute (a terrific Jennifer Jason Leigh) he continues playing cops and robbers on both sides of the law.  Don’t miss this quirky and compelling film that was hailed by critics and audiences.  Georg Armitage’s dark, hard-boiled thriller deserves a fresh (hi-def) look.  Limited extras include a nice interview with Baldwin and Leigh.   Recommended.  MVDvisual.  Blu-ray

Both of these titles are available to own as physical discs.

robin@coachellavalleyweekly.com  What are you watching these days.  Have you been to a theaters recently?  What did you see?