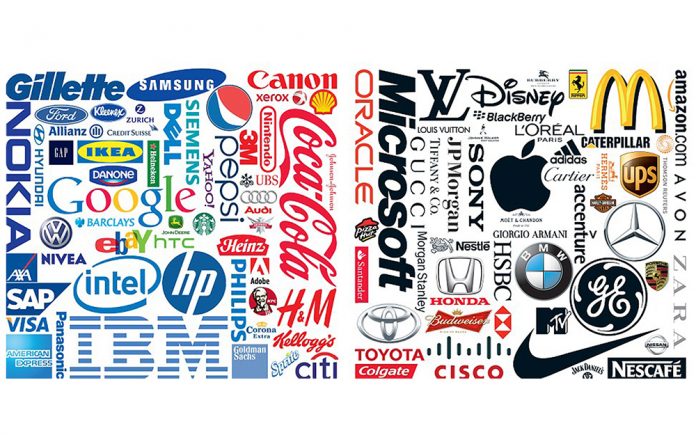 Which public traded business is the biggest?  It all depends upon the way you are measuring big.

Amongst publicly traded companies, Walmart is the largest employer in the world with 2.2 million employees.  Most of these employees are in the United States.  Second is Amazon with 1.3 million workers and growing.  Based in Germany, Volkswagen is the largest publicly-traded employer not based in the United States with 663,000 employees.  Fourth is Fedex with 570K followed by Deutsche Post at 565K and the Compass Group out of the United Kingdom at 548K.  Compass Group is a large-scale food. services company.  Rounding out the top ten are United Parcel Service with 540K, Accenture (old consulting arm of Arthur Anderson) with 537K, supermarket operator Kroger and the Home Depot (both 500K).  Other notables include Starbucks with 349K, Toyota with 366K and Target at 409K.

Which companies generate the most revenue?

Walmart is far and away the leader with $572 billion in sales annually.  Amazon is second at $458 billion followed by Chinese oil company, PetroChina at $375 billion.  Apple comes in fourth at $366 billion with China’s Sinopec (oil & gas) at $353 billion.  Berkshire Hathaway has $346 billion in revenues followed by Saudi Aramco out of Saudi Arabia with $329 billion, Volkswagen at $288 billion, CVS with $285 billion and UnitedHealth at $277 billion.  Other notables include Google at $239 billion, Costco with $204 billion and South Korea’s Samsung at $223 billion.

Revenue is nice but earnings are what matter to most shareholders.  Measured by earnings, Saudi Aramco is the leader with $175 billion followed by Warren Buffett’s Berkshire Hathaway at $112 billion.  Mega-cap tech takes third, fourth and fifth with Apple at $112 billion, Google at $85 billion and Microsoft at $78 billion.  Japan’s Softbank, which invests in start-up companies like Uber, DoorDash and We Work earned $49 billion.  Darth Vader of the Metaverse aka Mark Zuckerberg and his advertising behemoth, Facebook, was seventh at $47 billion.  Rounding up the top ten were Ping An Insurance of China at $44 billion, Samsung with $41 billion and Brazil’s Petrobras at $40 billion.  Other notables include Verizon and Amazon at $33 billion and Comcast with $24 billion.

The real test for a company is its market valuation.  This is where individual and institutional investors determine the fair value of the company as judged by its stock price.  Mega-cap tech giants get the highest valuations and represent four of the top five.   Apple is the far and away winner the most highly valued at $2.8 TRILLION.  Microsoft comes in second with $2.3 trillion followed by Saudi Aramco at $2 trillion, Google at $1.9 trillion and Amazon at $1.6 trillion.

Investors love Tesla as shown by its $1 trillion valuation.  During 2021, Tesla sold 1 million vehicles, an impressive feat.  For comparison, Toyota sold 2.3 million vehicles in 2021, owns the Prius vehicle line, and is valued at $291 billion.  Is Tesla worth that much more?

Meta Technologies aka Facebook comes in seventh with $923 billion in earnings followed by Taiwan’s Taiwan Semiconductor at $729 billion.  Buffett’s Berkshire Hathaway is ninth at $723 billion followed by NVIDIA at $671 billion.  Other notables include Chase Bank at $467 billion, Walmart at $402 billion, Disney at $276 billion and Coca-Cola at $265 billion.

For comparison, the US Government owes more than $23 trillion.