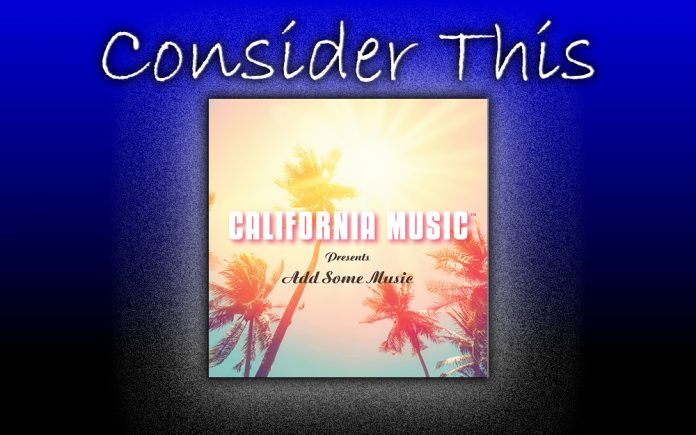 Initially, no one realized Brian, the band’s de facto leader, was a musical genius. Matching Chuck Berry-esque guitar licks to intricate Four Freshman-flavored harmonies and Sun, sand, surf, cars and girls lyrics was a shrewd move, but it was it was just the beginning. Following the release of the band’s Pet Sounds in 1966, even Leonard Bernstein was singing Brian’s praises.

If you’re even slightly familiar with the Beach Boys’ saga, you probably know an already emotionally fragile Brian set out to create his magnum opus, SMiLE and kind of cracked under the pressure. Chemical enhancements (de rigueur in the mid ‘60s), certainly didn’t help his mental health. Shelving the album, he retreated from the spotlight and the other Beach Boys began picking up the slack.

The next run of records, Wild Honey, Friends, 20/20, Sunflower and Surf’s Up cherry-picked tracks from the “SMiLE” sessions but also allowed Dennis, Carl, Al and Bruce to spread their wings creatively. A lot of the contributions exceeded expectations. Beach Boys scholars have persuasively argued that this was the Hawthorne boys’ most artistically fertile and rewarding era. A few of those songs make up the nucleus of Add Some Music.

In early 2020, David Beard, editor and publisher of the Beach Boys publication, “Endless Summer Quarterly,” was immersed in the Sunflower album, which had just hit it’s 50th anniversary. Digging into Add Some Music To Your Day, he was struck by the lyrics’ tender mercies. Inspired, he decided to blend some of the original Beach Boys with the younger generation. He enlisted Mike Love, Al Jardine, David Marks and Bruce Johnson, as well Brian’s daughters, Carnie and Wendy, Carl’s son Justyn, Al’s sons Matt and Adam, plus Mike’s kids, Christian, Hayleigh and Ambha. (This line-up has occasionally toured with the Beach Boys under the moniker, California Saga). He also recruited Rob Bonfiglio, who is part of Brian Wilson’s band and Carnie’s husband, as well as Jeffrey Foskett, who played with Brian’s band and more recently, in Mike’s latest iteration of the Beach Boys. As the Covid pandemic raged on, Beard pledged a part of the album’s profits would go to the charity, Feeding America.

The album kicks into gear with the title track, which first popped up on 1970’s Sunflower album. Jangly acoustic guitars wash over feathery violin, astral cello, billowy keys and a sinuous rhythm. Al, Mike and Bruce share lead vocals, and their blend remains um, boyishly appealing. Crisp and sunshiny harmonies, provided by the California Saga “kids” are simply ethereal. Gentle lyrics encourage us to find seek out music in the mundane; “You’ll hear it walking by a neighbor’s home, you’ll hear it faintly in the distance when you’re on the phone/You’ll hear it in the dentist’s chair, ‘cause they’ve got music for you there, so add some music to your day.” The powerful call-and-response bridge feels like it was made just for these times; “Music, when you’re alone, is like a companion for your lonely soul/When the day is over, I close my tired eyes, music is in my soul.”

Mike, Al and Bruce each take a turn in the spotlight. Opting away from the Beach Boys canon, both Mike and Al offer up songs from recent solo projects. Mike’s “Ram Raj” opens with sitar-iffic guitars, serpentine keys, zigzag bass and an undulating tabla beat. More of a prayerful chant than song the lyrics celebrate the divine. Spiky guitars and spitfire organ fills slither through the break.

On Al’s “Jenny Clover” a stately string-section and majestic piano notes are wed to a gentle tip-toe-through-the-tulips meter. His mien is tender and sincere; “The milk of your kindness is so pure, the look on your face is so demure…your brown eyes deep with innocence, you move me, move me off my fence.” It starts to feel a little cloying until you twig to the fact that he’s talking about a dairy cow.

With “She Believes In Love Again,” Bruce dips back to the Beach Boys’ catalog, circa 1985. Opting for sincerity (sans bovine satire), he wraps his choirboy pipes around lyrics that search for romantic redemption. The soaring melody is anchored brooding piano chords and a subtle click-track rhythm.

This album is at its most beautiful on “Friends” and “Long Promised Road.” The former is the title track from the Boys’ 1968 Friends album, written by all three Wilson brothers and Al Jardine. It’s in good hands with Matt and Adam Jardine, Christian, Hayleigh and Ambha Love, Brian’s daughters Carnie and Wendy, Carl’s son Justyn and Dennis’ son Carl. Stacked vocals crest over buoyant keys, sun-dappled guitars, rubbery bass lines and a playful back-beat. Winsome lyrics like “We drift apart for a little bit of a spell, one night I get a call and I know you’re not well, and days I was down you would help me get out of my hole” and “You told me when my girl was untrue, I loaned you money when the funds weren’t too cool, I talked your folks out of making you cut off your hair” speak to the enduring legacy of a lifelong friendship. Guitars fuzz and wobble on the break, but the power of this song rests in the hereditary harmonic heft. It’s positively thrilling.

Equally wonderful is David Marks’ pared down tribute to Carl on the latter. The song originally appeared on the Surf’s Up album, which hits the half-century mark this August. As a songwriter, baby brother Carl completely came into his own on this song and “Feel Flows,” both featured slightly esoteric lyrics from band co-manager, Jack Rieley. David’s version is mostly instrumental. Electric guitar riffs shift from plangent to piquant to searing, bookended by liquid acoustic arpeggios. Wordless vocals mirror the song’s tender contemplation. There’s a warmth and affection here that is conveyed without words.

Although bonus tracks include acapella and instrumental versions of “Add Some Music To Your Day,” the album really winds down with solo contributions from Rob Bonfiglio and Jeffrey Foskett. Rob’s original song, “Golden State,” illustrates that the apple actually doesn’t fall far from the father-in-law tree. Something of a one-man-band situation, the song is lush and effortless, layering harmonies and instrumentation that echoes not only Brian’s deft musical wizardry, but also recalls ‘60s antecedents like Emitt Rhodes and Harry Nilsson. Originally a Philadelphia native, Rob offers a clear-eyed encomium to the prickly pleasures of SoCal living; “Broken dreams like leaves abound, burn their stories to the ground/Traffic’s clear half a dozen days, but no one’s counting anyway.”

Finally, Jeffrey turns in a pitch-perfect rendition of “Get Together.” Flawless harmonies cascade atop jingle-jangle guitars. Despite the fact that it lacks the Beach Boy pedigree, the Youngbloods’ classic ‘60s anthem of peace and love falls right in line with this project’s theme of unity and forgiveness.

There will always be a segment of Beach Boy scholars and disciples who perpetuate a Brian Wilson vs. Mike Love rivalry. Regardless of personalities, politics or business practices, the true philosophy of this band is brotherhood, friendship and love. The “Add Some Music” project offers a timely reminder of this enduring ethos.