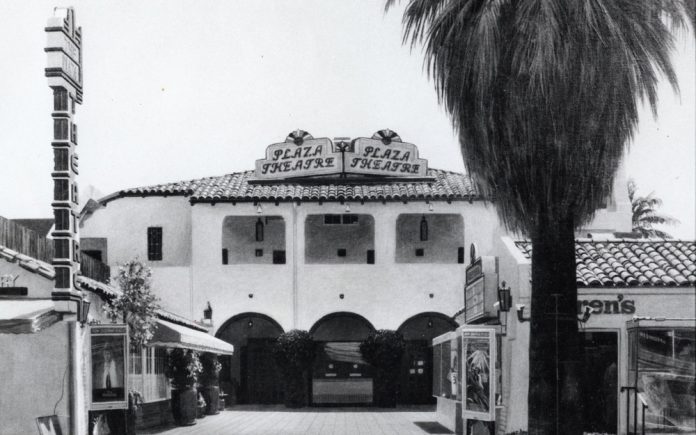 A restoration project has been launched to save the historic Plaza Theatre in Downtown Palm Springs. The Palm Springs Plaza Theatre Foundation was created with the City of Palm Springs to launch a campaign to raise capital to fully restore one of its most iconic buildings.

Originally built in 1936, the structure was used for film premieres and screenings and was the venue for nationally broadcast radio theatre programs and other performances by Bing Crosby, Amos ‘n’ Andy, Jack Benny, Bob Hope, and Frank Sinatra, among many others. In its later years, the theater was home to the critically acclaimed and revered “The Fabulous Palm Springs Follies.” Over the decades, the building has deteriorated, so the City of Palm Springs has initiated a capital campaign to restore the beloved structure to its former glory.

In 2018, the City of Palm Springs engaged the international architectural firm Gensler and historic preservation consultants Chattel to develop a comprehensive restoration and rehabilitation plan. This plan called for installing 670 new seats, an expansion of the current lobby, significant infrastructure repairs, installation of new theatrical equipment, and structural restoration improvements to ensure the building meets current fire prevention and Americans With Disabilities Act mandates. This plan is estimated to cost millions of dollars. The Foundation is currently interviewing architects, preservation consultants and historic theater specialists to move forward with renovation plans.

“I strongly believe in the preservation of historic American theatres. I’ve been impressed with the planning that has already gone into the admirable restoration project for the Plaza Theatre and saw an opportunity for me to assist in this impressive campaign. I hope that my donation will spark interest in others who feel as strongly as I do about preserving our city’s past and creating a quality entertainment space for future generations,” said David Lee, a co-creator of Fraiser television series and a Palm Springs resident, who pledged five million dollars to jumpstart the extensive renovation project.

Former Palm Springs City Councilmember and current Planning Commission vice-chair J.R. Roberts launched a campaign with the City of Palm Springs to restore the Plaza Theater to its former glory. The campaign was in its early efforts when the COVID-19 pandemic halted activities and fundraising attempts. City leaders said it would take approximately 10 million to 12 million dollars to fund the restoration project.

There are many possibilities for what the theatre might showcase in the future if restored, such as for live entertainment, educational presentations, film screenings, public school partnerships, Palm Springs Convention Center partnerships, and celebrating diversity with special events. 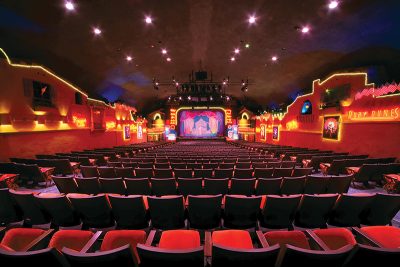 “The Coachella Valley has become the new music capital of the world and the Plaza Theater is an integral part of the story. The renovation is part of the preservation of the Old Palm Springs and bringing it back to its heyday. I believe in tradition. I believe in culture, and I believe in humanity’s ability to create. I’m so excited to be part of something much bigger than my band. Please buy tickets, please save the historic Plaza Theatre for future generations to enjoy,” stated musician Derek Jordan Gregg, who will be performing at the Plaza Theatre on May 14.

To learn more about the restoration project, visit the website at www.savetheplazatheatreps.com.