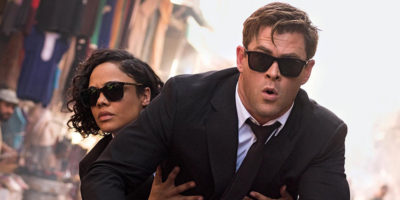 This uninspired fourth installment of the alien invasion comedy franchise is a far cry from the creative richness, great visuals and offbeat humor of the 1997 original.  Despite the fine acting and shared on-screen chemistry of the charismatic Chris Hemsworth and Tessa Thompson, who were so good in Thor, this CGI heavy reboot is a huge disappointment.

There’s no over-arching metaphor here other than the continuing concerns of threats from really alien immigrants and visitors.  In the past, The MIB have protected us earthlings from the scum of the universe.  Now, in this new adventure, they uncover the most serious global threat so far: a mole buried deep within the secretive organization. 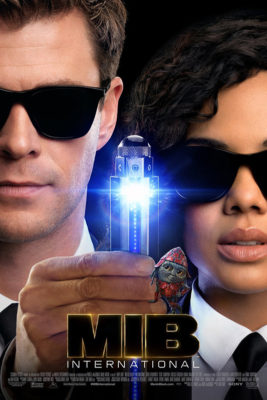 For movie-goers, it will be no big (bug?) secret when that turncoat traitor person/creature is revealed.

The bizarrely inept script from Art Marcum and Matt Holloway is a perfect fit for the lame direction of Gary Gray.

When the final credits rolled, I was hoping the theater would give us the option of using one of those memory-erasing flashes before we returned to the mundane world. 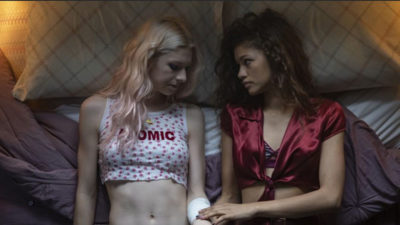 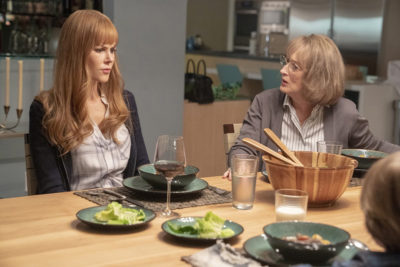 A galvanizing Meryl Streep joins the star-studded drama about a click of wealthy Monterey women with issues and secrets.

As season 1 ended, Bonnie (Zoë Kravitz) pushed Alexsander Skarsgard’s Perry to his death, though she was not alone in wanting his demise, including his abused wife Celeste (Nicole Kidman), single mom Jane (Shailene Woodley) who realized it was Perry that raped her.  Madeline (Reese Witherspoon) and Renata (Laura Dern) were seemingly capable of murder as well!  As the new season opens, only a few months have passed.  Streep plays Celeste’s mom and bring a new energy and gravitas to the show as she duels with the Monterey five.  This is an addictive, binge-worthy show of the highest caliber.   Now streaming on HBO.

HOW TO TRAIN YOUR DRAGON: The Hidden World 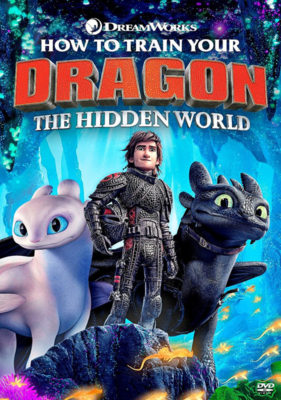 Continuing the trilogy’s focus on family and love, the latest entry he narrows on what those values mean for Toothless. He experiences romance. He grows up. And with heavy, satisfied hearts, we let him, and Hiccup, go.

The saga ends with a visually dazzling and emotionally affecting conclusion.

Writer/director Dean DeBois works hard to tie up the storylines for the requisite emotional payoff.  As expected from the previous entries, there are plenty of visually dazzling oohs and ahhs that will leaves fans more than satisfied.

This is a prime example of a conclusion to a genuinely emotional and incredibly detailed animated epic adventure series that actually works.  And it looks better than ever on a 4K UHD system.

Big recommendation for this flawless family film of big adventure and friendship with a glorious score.  Universal 4K.