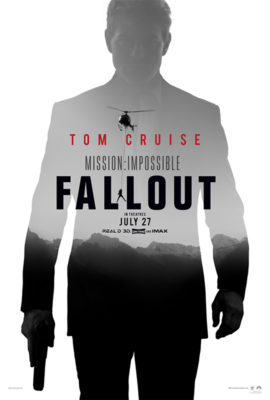 Even with an impossibly convoluted plot, the fabulous stunts, pacing and choreography make this summer movie a dream come true for action junkies.

Coming out of a preview screening, I asked a millennial couple what they thought of the movie. One of them said, “I always like to see what crazy life-threatening stunt Scientology has enabled Cruise to perform and survive this time!”

That is a not an uncommon thought, even if the franchise is not really an advertisement for the controversial religion, it’s a matter of public record that Cruise sends scripts he’s considering to his pal and Scientology’s head honcho David Miscavige for approval.

At 56, and not looking it, Cruise’s undercover agent Ethan Hunt runs, jumps, climbs, dives, flips and fights for his life mostly in an effort to save the world. 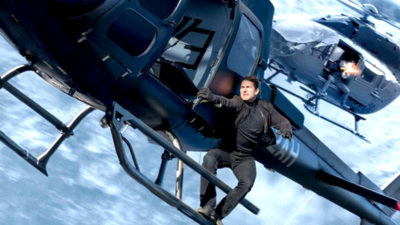 Clearly the visceral thrills and adrenalin rush are the main attraction of the series. The hype is that the action is practical, or real, and not computer generated. Most movie fans have seen the widely publicized ankle break Cruise suffered while shooting a roof-top leap. One can’t help but wonder how long the aging Cruise will risk his life for his “craft”?  But it sure helps suspending disbelief when watching the insane, death-defying set pieces.

This time, Ethan Hunt and the IMF team (Alec Baldwin, Simon Pegg, Ving Rhames) join forces with CIA assassin August Walker in a race against time after a mission gone wrong. Henry Cavill, Angela Bassett, and Vanessa Kirby also join the dynamic cast to prevent a disaster of epic proportions. Here’s the problem. Arms dealer John Lark and a group of terrorists known as the Apostles plan to use three plutonium cores for a simultaneous nuclear attack on the Vatican, Jerusalem and Mecca. When the weapons go missing, Ethan and his crew find themselves in a desperate race to prevent them from falling into the wrong hands.  Returning filmmaker Christopher McQuarrie helms the eye-popping action (he wrote the screenplay).

This longish and mostly meaningless film is a fun ride that’s worth taking if big screen action is what you seek. Find the biggest screen you can. 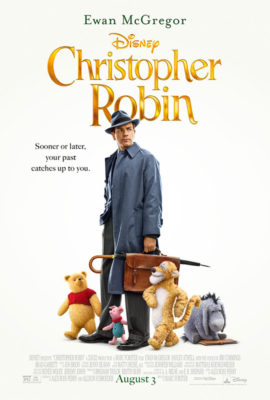 If you’re looking for a perfect family film, this beguiling, heartfelt and beautifully rendered take on A.A. Milne’s stories will entertain and satisfy.

Now a family man living in London, Christopher Robin (Ewan McGregor), receives a surprise visit from Winnie-the-Pooh, his childhood pal! With Christopher’s help, Pooh goes on a quest to find his friends — Tigger, Eeyore, Owl, Piglet, Rabbit, Kanga and Roo. Once reunited, the lovable bear and the gang travel to the big city to help Christopher rediscover the loving and playful boy who is still inside.

Kids will love it, but maybe it’s even better for adults who need a little childhood magic.

On a side note, China will not be releasing Disney’s new live-action Pooh film. The Hollywood Reporter said the movie was blocked due to a crackdown on images of the beloved Pooh last summer. Chinese authorities began censoring photos of Winnie on social media after people said Chinese leader Xi Jinping resembled the fictional character. Authorities believe the character has become a symbol of resistance in China. But I wonder if the decision is based on China’s “foreign film quota.”

LIFE OF THE PARTY 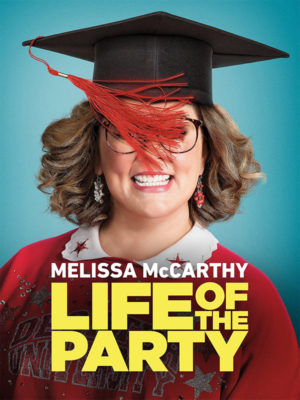 When her husband suddenly dumps her, longtime dedicated housewife Deanna (Melissa McCarthy) turns regret into reset by going back to college – landing in the same class and school as her daughter — who’s not exactly sold on the idea.

Plunging headlong into the campus experience, the increasingly outspoken Deanna – now Dee Rock – embraces the freedom, fun and frat boys on her own terms, finding her true self in a senior year no one ever expected. Fun extras include: 80s Party, Mom Sandwich, Lino-O-Rama, Bill Hate-O-Rama, Gag Reel and Deleted Scenes.