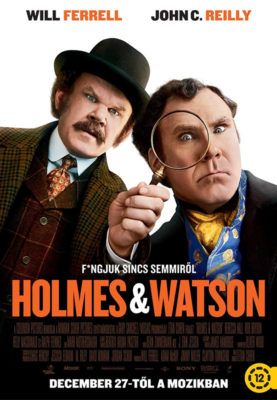 Director Etan Cohen’s (no, he’s not a Coen brother) “Holmes & Watson” is more of a sincere but misbegotten adventure about two loveable losers than an authentic Sherlock Holmes mystery. And it’s not really a parody or farce. There’s no legitimate target to satirize or ridicule that might resonate with a contemporary audience.

This film has one running gag about a modern thing like “selfies” existing back in the day.

Will Ferrell is Sherlock Holmes and John C. Reilly is Dr. Watson in this painfully unfunny fail on the legendary detective and his faithful associate and chronicler.

That said, there are a few moments that work with the two gifted actors who have great chemistry and a shared resume of funny performances. Clearly, they are comfortable working together. But that’s not nearly enough to carry a movie. 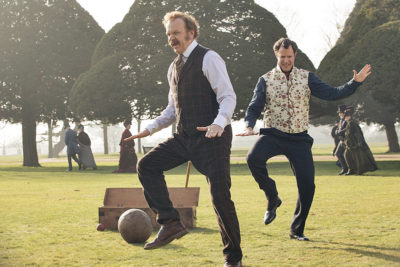 The basic plot has Holmes and Watson teaming up to investigate a murder at Buckingham Palace. Is Holmes’ nemesis Professor Moriarty behind it? And is the queen the next intended victim?

But the biggest mystery of all is how such a dreary, unfunny film could be made. Clearly, it’s not the fault of the exceptional cast.

This may be the worst movie yet about the beloved consulting detectives from Baker Street. 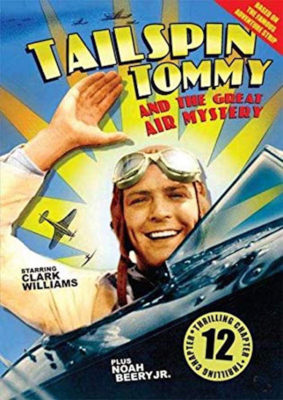 In the wake of Charles Lindbergh‘s 1927 flight across the Atlantic, the public’s fascination with aviation escalated. Tailspin Tommy was the first aviation-based comic strip to appear as a result of this heightened interest. The strip’s 1928 launch

was scripted by Glenn Chaffin, a newspaper journalist and press agent, Tailspin Tommy began its run in four newspapers. By 1931, it was published in more than 250 newspapers across the country. After buying out Chaffin’s interest, Hal Forrest took over the scripting in 1933; he wrote and drew the strip solo for the next three years.

“Tailspin Tommy” took flight in movie theaters during the 1930s. Maurice Murphy played him in the 1934 movie serial. The daring aviator returned the following year, now played by Clark Williams, for a 12-episode explosive serial filled with non-stop action and fantastic special effects. Much of the eye-popping stock footage is from the Howard Hughes 1930 epic “Hell’s Angels.”

The young aviators have to escape belching volcanoes, time bombs and antiaircraft shells. They not only manage to survive their adventures in one piece, but also get a movie contract! This sharp transfer was re-mastered from the original 35mm fine grain print. The picture was the 96th of the 137 serials released by Universal 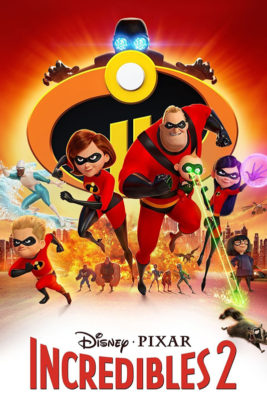 It’s not a stretch to say audiences have missed their favorite family of Supers over the past 14 years. Disney-Pixar’s “Incredibles 2,” the sequel to 2004’s beloved Oscar©-winning “The Incredibles” received a mega-strong reaction from critics and audiences – earning 93 percent critics rating on Rotten Tomatoes, rocketing atop the list of highest-grossing animated films, and surpassing $1 billion (!) at the global box office. Now fans can reunite with this extraordinary family of Supers on Blu-ray 4K Ultra HD. The fascinating extras on a bonus discs are too numerous to include on this page. Don’t miss this cutting-edge home theater title, arguably among the most entertaining movies of 2017, it’s one for the home library. Disney-Pixar.