With the widespread and nearly total shutdown of big screen theatrical venues as well as traditional movie production and distribution with no real end in sight.  Couple that with the public’s clear reluctance to attend indoor venues, it is reassuring to know there are currently an enormous number of movies available to purchase (including physical discs) as well rental or purchase as VOD on numerous streaming platforms.  I say it is an essential service.  Movies matter.   It is through our shared narratives that we define ourselves and the time and place in which we live.

Here are the top movies we watched in our cozy, sanitized home theaters this past week.

Two new satisfying films that have received great critical revues and have already found an enthusiastic audience triggering terrific word-of-mouth are definitely worth the time and effort to find and enjoy just for the fun of it.  No heavy messages or heavy downbeat drama here. 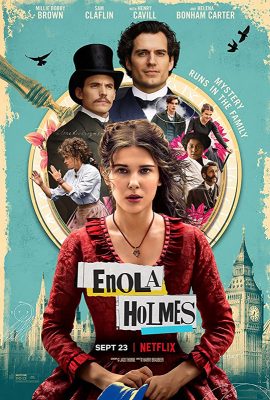 The charming Millie Bobby Brown is a delight as she carries the movie on her shoulders.   Her unexpected comic timing underscores our affection for the teen as she searches for her missing mom (Helena Bonham Carter), who abandoned her some years earlier.

In her desperation – or obsession? – to find her mum, she enlists the reluctant help of her two brothers.

Fast-paced and sometimes goofy, this fun adventure is loaded with welcome positive moments and messages about empowerment.  It’s fun to see Enola use her wits, clever disguises, fighting skills and deductive powers to out pace her brothers in solving the mystery.

This supremely satisfying and surprising film deserves consideration as a series. 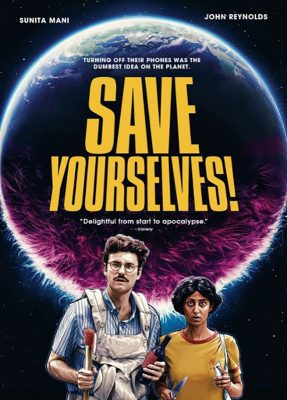 Farce is pretty much a lost art, especially as it relates to contemporary American cinema.

The premise has a young Brooklyn couple Su and Jack (Sanita Mani and John Reynolds) heading to a friend’s upstate cabin to unplug from their phones and reconnect with each other. Blissfully naïve, the earnest and oblivious millennials are left to their own devices as the planet falls under attack.

This modest budgeted, ambitious and admittedly bizarre film from the writing and directing duo Alex Huston Fischer and Eleanor Wilson is brilliantly inventive and witty with marvelous dialogue that reflects our hi-tech connected world.

It’s hard to know if there is a greater meaning to the goings on.  The “pouffe!” aliens are as silly as they are disturbing.  It’s hard not to see them as incarnations of the now familiar shape for the Covid-19 virus, but I doubt that was intentional.

Mani and Reynolds are totally believable as the sweet couple trying to survive their cabin-in-the-woods outing and bond with a deeper relationship.  The humor is spot on if sometimes a tad predictable.  And the ending is just ambiguous enough to be memorable. 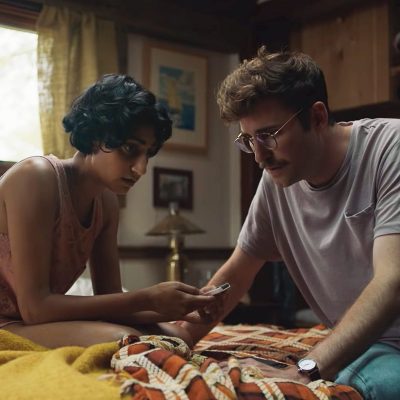 Will Jack and Su unexpectedly find the meaning and connection they seek as they fight for survival?  And the much bigger question, do our charming leads end up saving themselves?

This very well crafted movie is an apocalypse farce that reminds of the equally witty, and obscure, it’s A Disaster (see if you can find it).

Filmmakers Fischer and Wilson deliver a quirky, off-kilter comedy that is best watched knowing nearly nothing in advance.  Trust your friends who tell you to see it.