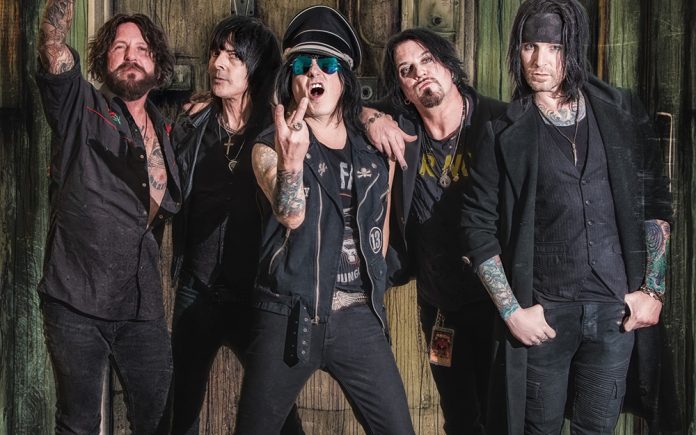 Los Angeles hair metal band LA Guns is bringing its “Checkered Past” tour to Fantasy Springs Resort Casino to rock the outdoor venue for a special edition of Rock Yard on Steroids on Friday, Nov. 12, 2021.

Rock fans are in for a sizzling sonic experience at this free concert featuring a band with a legendary past. Veterans of the Sunset Strip’s metal scene, LA Guns was formed in 1983 by guitar player Tracii Guns and, then unknown singer, Axl Rose on lead vocals.

LA Guns has sold 6 1/2 million records, including 1988’s L.A. Guns and 1990’s Cocked and Loaded, both of which were certified gold. The latter album contained the hit single “Ballad of Jayne” that went to #33 on Billboard’s Hot 100.

Following their successful performance at SiriusXM’s HairNation Festival in May of 2016, LA Guns went into the studio to record the critically acclaimed, The Missing Peace, the highest selling release for Frontiers Music in 2017.  Their next album, The Devil You Know, was released 2019 to the same critical acclaim. The band’s latest offering, Checkered Past is scheduled for release in November 2021.

Don’t miss this opportunity to see LA Guns with opener Steel Rod at 7 p.m. at the Rock Yard at Fantasy Springs Resort Casino. Free, must be 18 to attend. For more information visit, www.FantasySpringsResort.com.