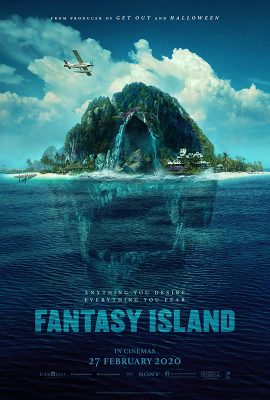 No one sets out to make a bad movie.  But somehow less than satisfying movies escape into the zeitgeist.  I take no pleasure in writing about really bad movies.  Well, that not actually true, there is a thrill in warning film lovers to avoid wasting money and time on crap (yes, that’s a film genre.  I just bristle at promoting something that demands dishonesty if praised.

What begins as an enticing premise can spiral into a mish-mash of themes and genres if the execution is weak and inept.

The cool but derivative poster accurately touts the essence of Blumhouse’s dark spin on the vintage TV franchise.  The theme, if there is one, seems to be the old adage about answered prayers.  But this pointless, silly and insipid film is not up to the task of intelligently exploring such a rich notion. 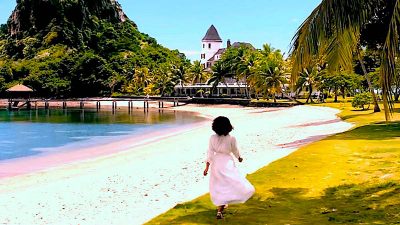 The main plot has five Americans from divergent backgrounds, with decidedly different dreams and desires who win a weekend on a tropical island where they are promised an opportunity to realize their secret dreams but discover instead they are trapped in a living nightmare.  If the guests are to escape and survive, they must solve the island’s mystery.

By far the best moments of director Jeff Wadlow’s half-baked misfire of a movie are the lush Fijian locations like the Edenesque Wanibau Falls (see photo).   Caveat Emptor. 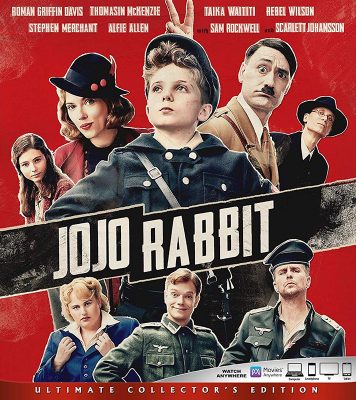 A merging of irreverent humor and serious ideas definitely won’ t be to everyone’s taste – but either way, this audacious anti-hate satire hits a home run.

Director Taika Waititi brings his singular style of wit to his latest movie, a World War II anti-hate satire that follows Jojo Betzler, a lonely ten and a half year-old German boy (Roman Griffith Davis) whose world view is turned upside down when he discovers his single mom (a terrific Scarlett Johansson) is hiding a young Jewish girl (Thomasin McKenzie) in their attic.

Some people might not be comfortable with humor derived from Hitler and his dark cause and crimes.  But what better way to ridicule such evil?  Think of Chaplin’s “The Great Dictator.” 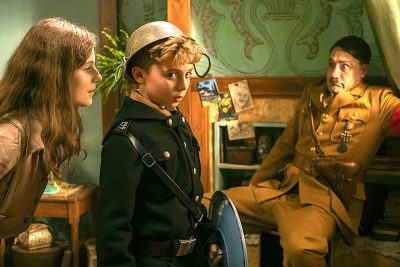 In response to such criticism, director Waititi said: “I hope the humor in Jojo Rabbit helps engage a new generation; it’s important to keep finding new and inventive ways of telling the horrific story of World War II again and again so that our children can listen and learn…  Here’s to putting an end to ignorance and replacing it with love.”

Is there any other way?  We live in perilous times.  This film is another perfect example of Why Movies Matter.” There’s a great director’s commentary on the bothe the DVD and 4K/UHD.  20th Century Fox

THE TWILIGHT ZONE: SEASON ONE 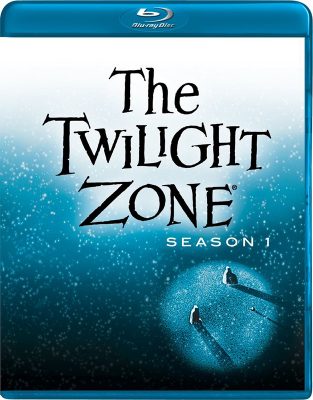 Unlock the door to another dimension in the CBS All Access original series hosted and narrated by Jordan Peele (“Get Out”) in a reimagining of the original 1959 series from creator Rod Serling.

The episodes are presented in both color and — in a nod to tradition — black-and-white.  Both the BD and DVD editions come packed with exclusive features including “Remembering Rod Serling” (a revealing and fascinating documentary) and “Crossing Over: Living in the Twilight Zone (about the creative process of developing and producing the series).  Blu-ray.  CBS and Paramount Home Ent. 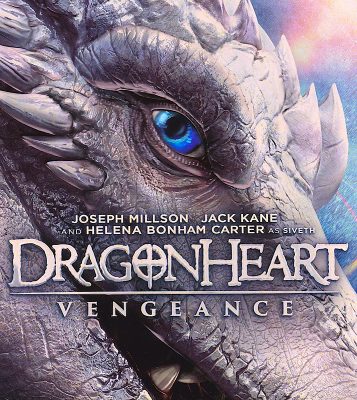 Lukas (Jack Kane), a young farmer whose family is killed by savage raiders in the countryside, sets out on an epic quest for revenge, forming an unexpected and unlikely trio with a majestic dragon and a swashbuckling, sword fighting young mercenary, Danus (Joseph Millson), Helen Bonham Carter voices Silveth, the ice-breathing dragon who was once banished from the kingdom for failing to save the king’s life.

Compelled by the young man’s cause, she emerges from hiding, using her formidable and fantastical powers on the trio’s adventurous journey, which brings revelations and rewards far beyond mere vengeance.  This great looking and satisfying family film is filled with action, fantasy and humor that remain true to the tropes of the Dragonheart canon.  All five films are now available in a set.

“A New Legend” takes an intimate look at what sets this film apart from previous installations of the iconic franchise and how filmmakers and cast came together to make this fantasy epic.

“Creating Siveth” is a peak behind the curtain into Helena Bonham Carter’s process for breathing life into this unique creature.  Blu-ray.  Universal.